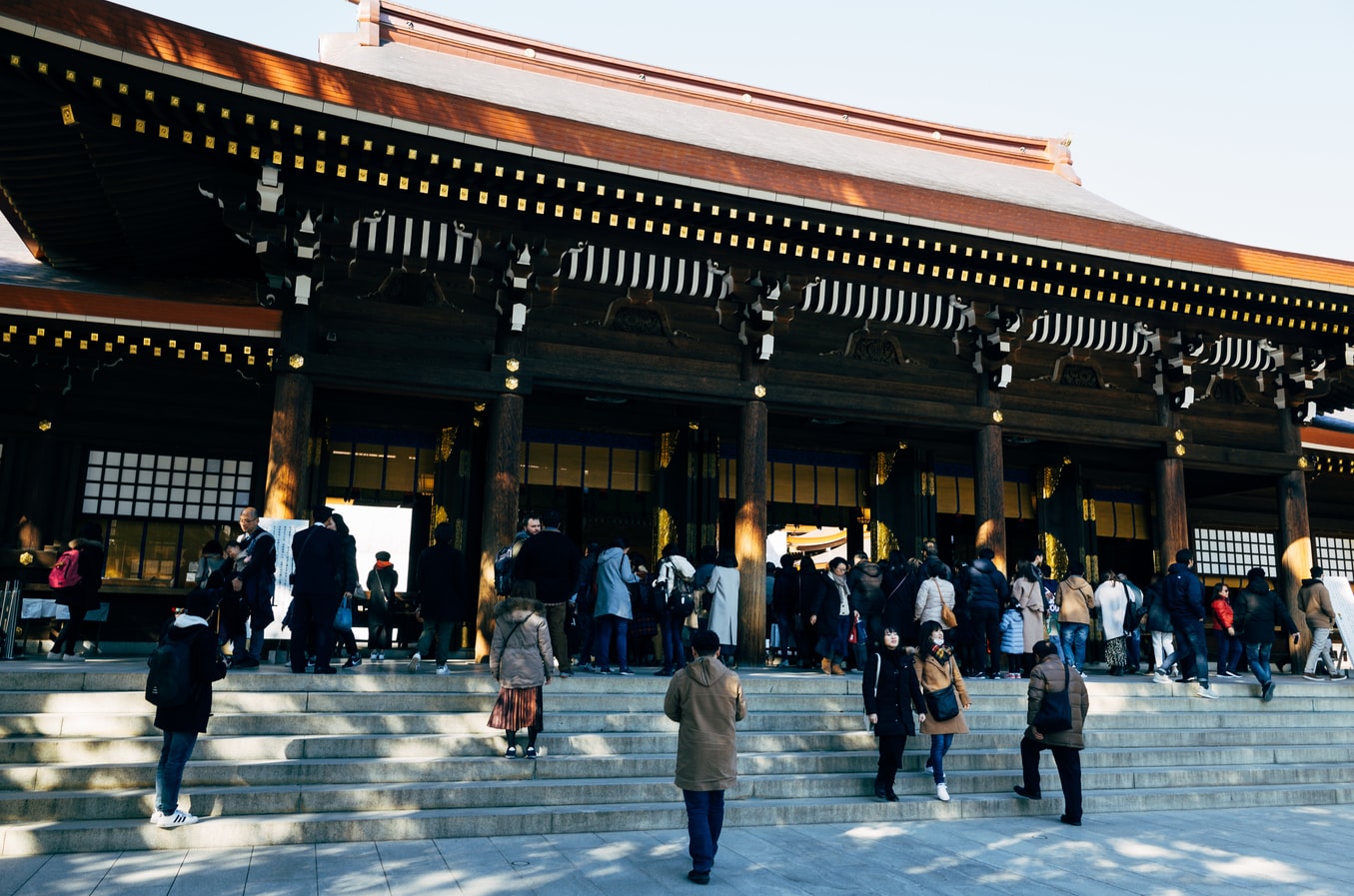 ”Gazing at the “three shifts” relating to a weak dollar, commodities and emerging economies”

I would like to mention “three shifts” as keywords when looking at the stock market in the coming year: (1) a risk-on weaker dollar shift as a result of the Fed’s monetary easing, (2) a commodities shift where commodity prices will be in the spotlight, and (3) an emerging markets shift where quantitative easing money flows into emerging markets as the dollar weakens.

In the “commodity shift,” prices of non-ferrous metals and precious metals are expected to soar as electric vehicles (EVs) and green energy infrastructure construction are promoted to reduce greenhouse gas emissions.  In addition, the frequent occurrence of abnormal weather and natural disasters due to global warming, as well as changes in income levels, consumption and dietary habits in emerging countries with large and as yet growing populations, may lead to water and food shortages, which in turn may lead to higher grain prices.  These factors will make it easier for overall commodity prices to soar.

A “shift to emerging markets” could, as a result of tighter antitrust laws and a weaker US dollar, see a shift from a structure in which market capitalization that is currently skewed toward a small number of major US high-tech companies, such as GAFA, to one in which investment funds flow to emerging markets with relatively low income levels.  As a result, the income gap between developed and emerging markets will be narrowed.  During the BRICs (Brazil, Russia, India and China) boom from 2000 to 2008, Russian stocks performed particularly well against the backdrop of soaring oil prices, but the next boom in emerging economies is likely to be led by countries with large populations, such as India, African countries and Indonesia. 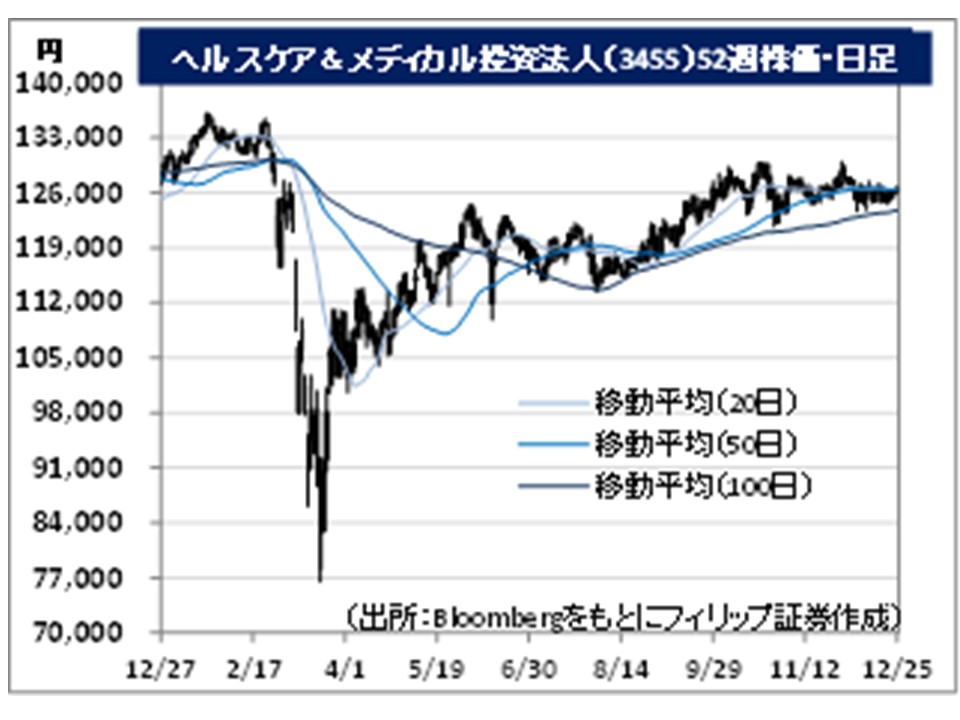 ・A healthcare-focused J-REIT that has Sumitomo Mitsui Banking Corp and NEC Capital Solutions as major sponsors in addition to Ship Healthcare Holdings, which engages in the nursing care business.  Acquired a J-REIT-first hospital asset in 2017/11.

・For FY2021/1 plan (2020/8-2021/1), operating revenue is expected to increase by 1.7% to 2.058 billion yen compared to the previous period (FY2020/7), operating income to decrease by 0.8% to 1.063 billion yen, and distribution per unit to decrease by 1.1% to 3,205 yen.  The annual distribution yield (based on the closing price on 24/12) based on the company forecast for FY2021/7 is 5.08%.  Amidst increasing uncertainty in the real estate market, particularly for commercial facilities and hotels, due to the Covid-19 pandemic, the corporation has concluded fixed-rent, long-term lease agreements with the facility operators. 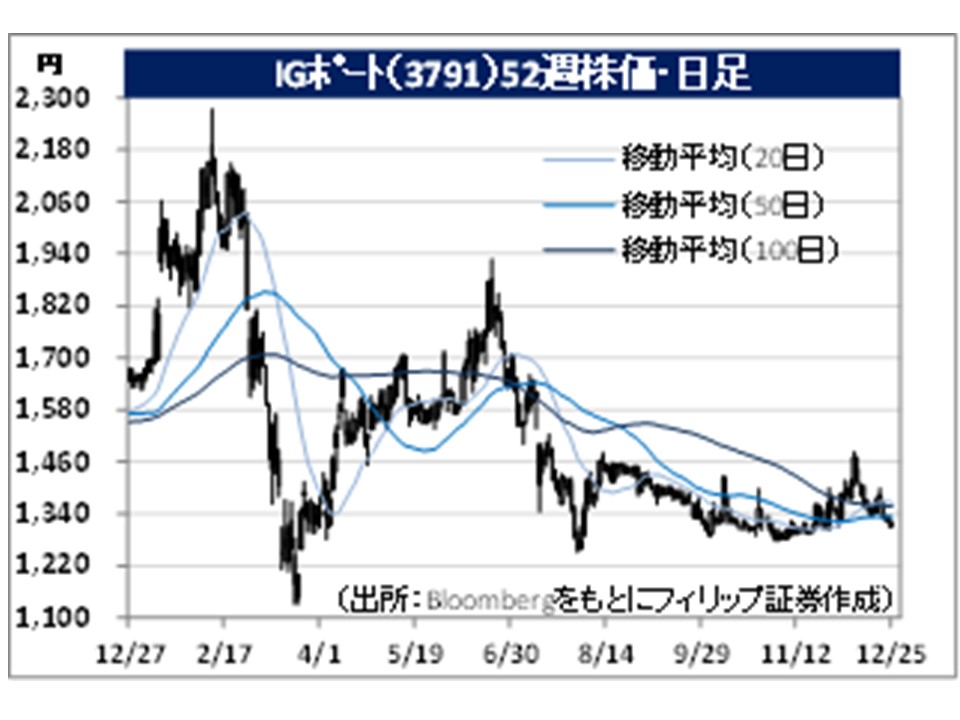 ・For 1Q (Jun-Aug) results of FY2021/5 announced on 9/10, net sales decreased by 42.9% to 1.127  billion yen compared to the same period the previous year, and operating income fell to minus 150.0  billion yen from a positive 171 million yen in the same period of the previous year.  In addition to the growth in the copyright business, the publishing business was also strong due to demands for comic books as a result of stay-at-home routines, but the lack of major sales in the video production business had a negative impact on performance.

・For its full year plan, net sales is expected to increase by 6.2% to 9.621 billion yen compared to the previous year, and operating income to decrease by 15.6% to 238 million yen.  The popular movie, “Fate/Grand Order,” which had been postponed due to the Covid-19 pandemic, will be released nationwide this December.  The sequel will be released in the spring of 2021.  Media mix development linked with smartphone apps is also going well.  It is expected to contribute to full-year results, including the demand for e-comics from those staying at home.  Copyright business, such as design cans for “Attack on Titan”, is also strong.