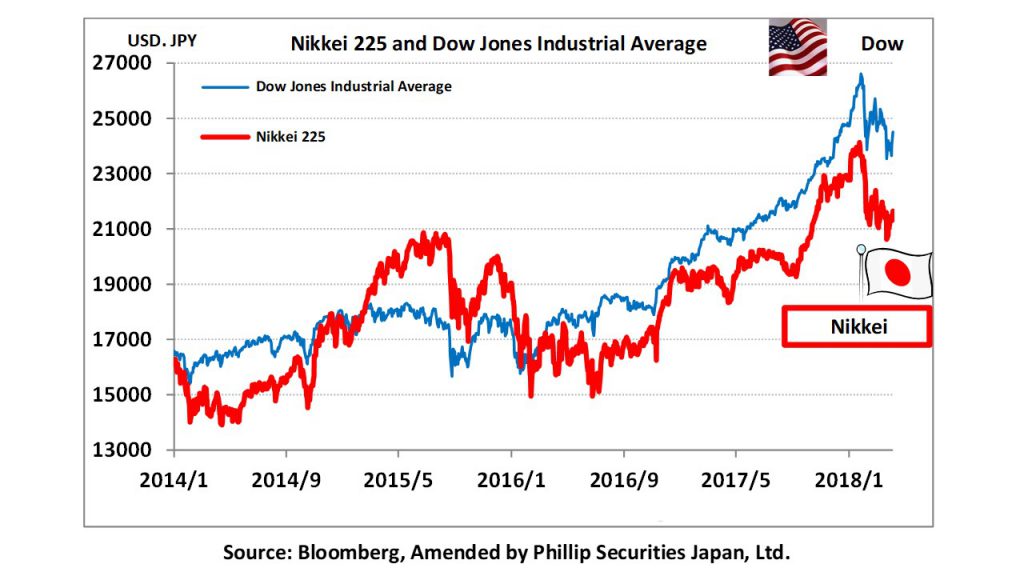 As of 20th April, the Nikkei Average had fallen by 2.65% since the beginning of the year, remaining in negative territory.  However, it had risen 3.30% since the beginning of April and is recouping losses.  Markets had been turbulent in February and March, but the Nikkei Average managed to keep above Yen20,000. BOJ’s purchase of ETF in March was Yen833.3 billion per month, which was the highest ever recorded, representing a buying support.

There was agreement during the Japan-US Summit on 18-19 April to continue to exert “maximum pressure” on the denuclearization of North Korea.  In terms of trade policy, there was agreement to establish a new trade agreement while not excluding Japan from import restrictions on iron and aluminum.  Economic & Finance Recovery State Minister Motegi and USTR Lighthizer will proceed with practical consultation.  While agreement was reached in the trade talks, PM Abe commented that “the return of the US to the TPP will benefit both Japan and the US”, and indicated that the FTA (Japan-US Free Trade Agreement) was not in his mind.  On the other hand, President Trump said that “bilateral trade agreement is desirable”, and indicated his desire to negotiate including FTA. Indeed, we again discern a big gap between the expectations of both countries.

President Trump could be striving to reduce the US deficit as he faces the mid-term elections.    As Japan is the third largest trade deficit country after China and Mexico,  there seems to be great dissatisfaction against automobiles, which account for about 30% of imports.  Going forward, we need to pay attention to future activities, including remarks on

currency exchanges etc.  Currently, owing to concerns about slowing demand for smartphones, semiconductor stocks centering on semiconductor manufacturing equipment are being sold. Nevertheless, we are expecting good results from high-tech companies.  We should examine performance results and narrow down investment targets accordingly. 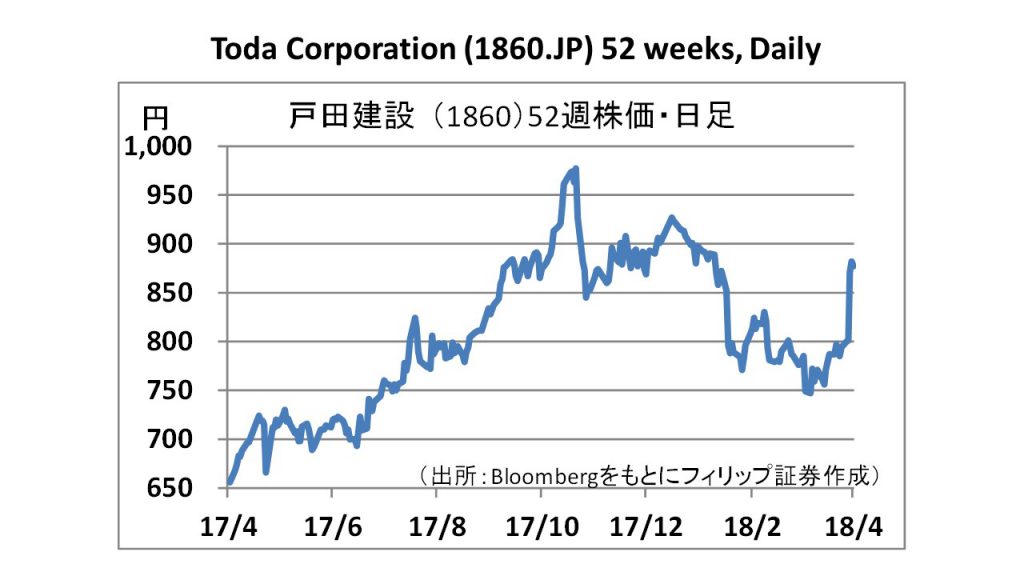 ・For 3Q (Apr-Dec) of FY2018/3, net sales reduced by 5.9% to 289.657 billion yen compared to the same period the previous year,  operating income increased by 4.8% to 20.31 billion yen, and net income decreased by 19.5% to 16.358 billion yen.  Increase in operating income even with reduction in net sales through reduction in construction completion amount and thorough execution of orders with emphasis on profitability.  Net income decreased due to increase in corporate tax burden. 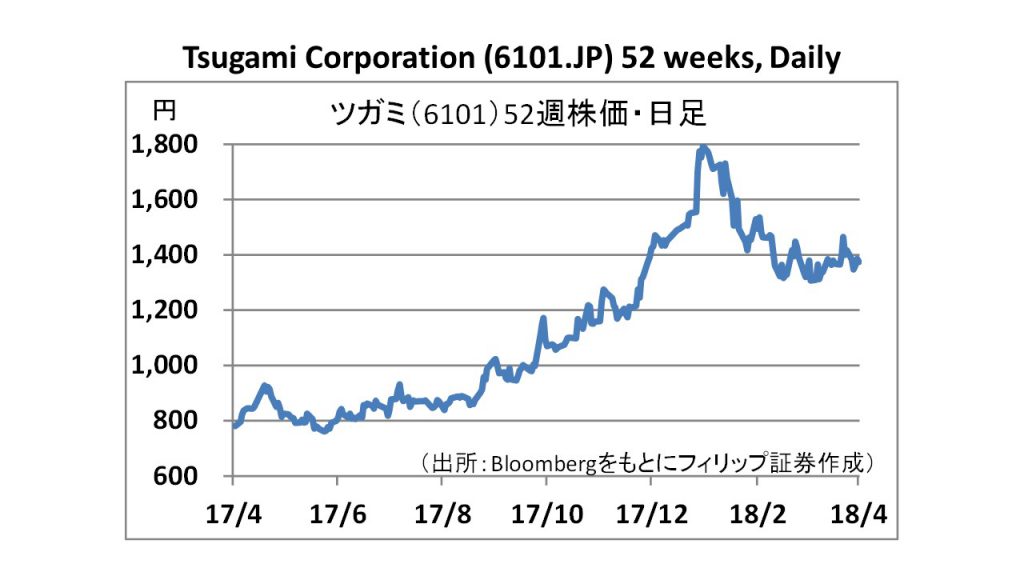