Japan-Weekly Strategy Report Expectations of a Level Adjustment from a Revision of Low PBR Stocks September 17, 2019 478 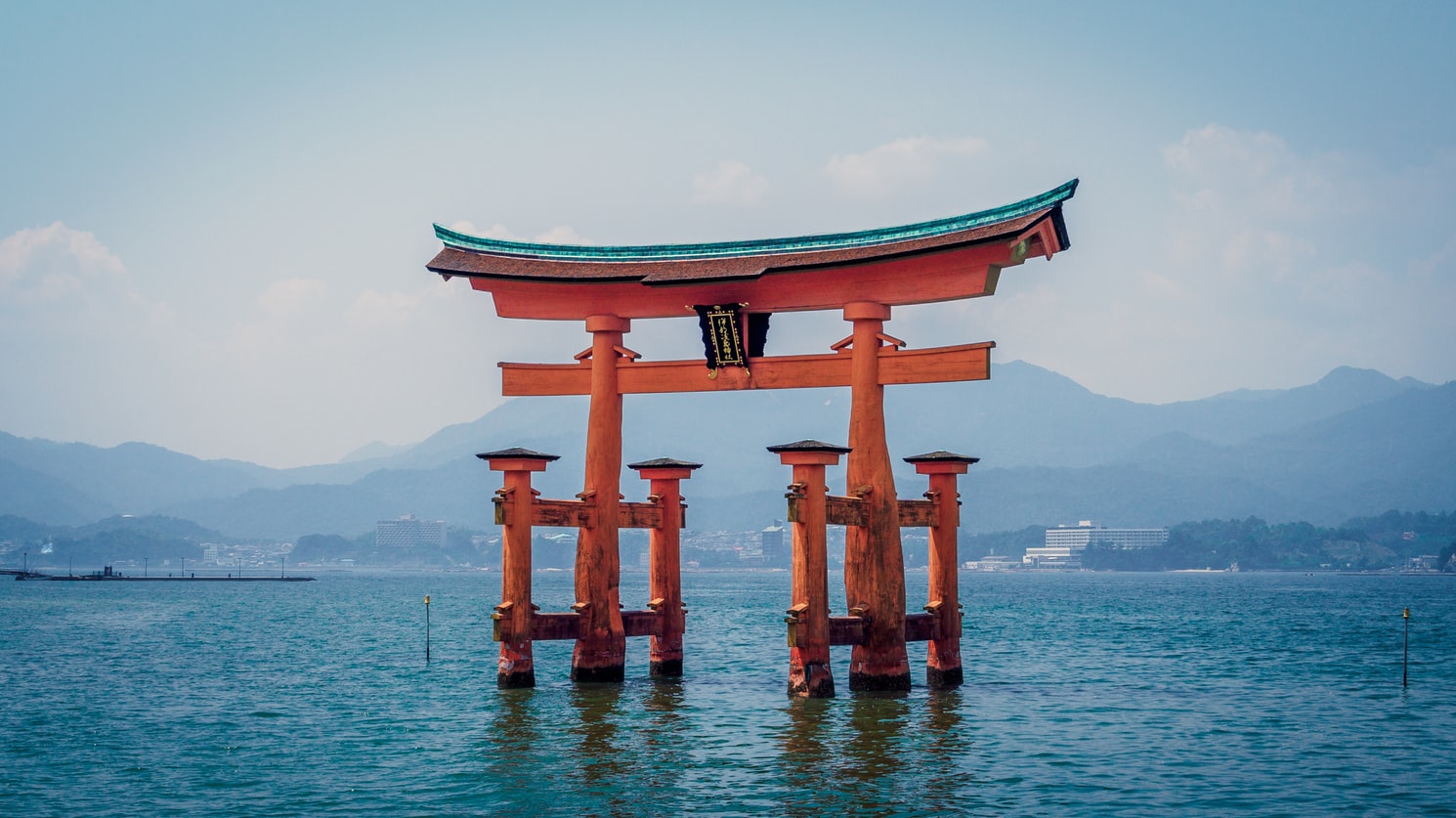 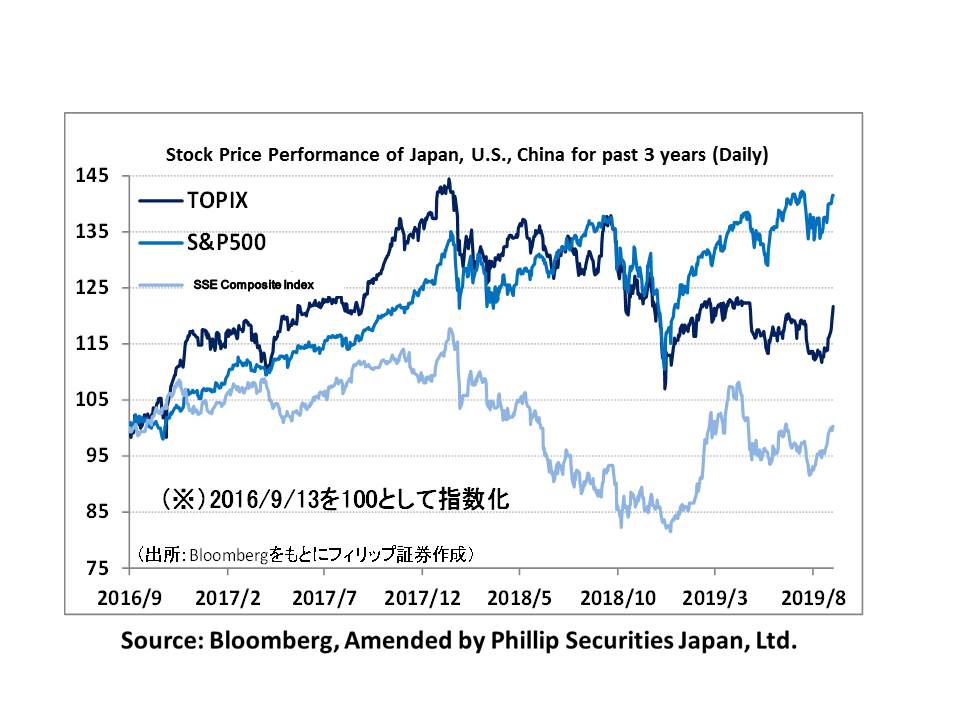 Continuing with the steady pace from the latter half of last week onwards, the Japanese stock market in the week of 9/9 saw the Nikkei average with a 9-day winning streak compared to the previous day up to 13/9. Although on 13/9, the SQ value of the Nikkei average involving the final settlement of futures and options for September was around 21,981 points (provisional figures), the Nikkei average saw strong developments by marking the high price of 22,010 points in its afternoon session, which was last seen since 7/5. As mentioned in last week’s issue (9th Sep 2019 issue), the Nikkei average rose sharply in September in the past 2 years, and currently shows the same outcome for this year as well. The current rise in stock prices are not only due to foreign factors, such as the US-China trade issue, etc., but are also greatly influenced by domestic factors.

Firstly, in the US-China issue, towards the cabinet-level trade talks between both the US and China scheduled to commence in October, on 11/9, the list of US products to be excluded from the additional 25% tariffs on China was officially announced, and as a result, US President Trump announced that the invocation of the 30% tariff hike sanction on 250 billion dollars’ worth of Chinese products would be postponed by 2 weeks to 15/10. Then, on 12/9, it was declared that the Chinese government would be resuming procedures to import US agricultural produce. The opposing parties of the US and China in the trade friction issue showing an actual stance towards a compromise has brought about a “risk-on” state with funds flowing into the global stock market. Furthermore, on 12/9, the European Central Bank resumed their no-deadline quantitative easing policy, and the decision of the interest rate cut when banks deposit surplus funds into the central bank also played a part in contributing to the risk-on market.

In terms of domestic factors, the announcement of the capital and business tie-up between SBI Holdings (8473) and Shimane Bank (7150) on 6/9 has served as a positive influence. In addition to Shimane Bank receiving investment from SBI, the cooperation in the retail of financial products, etc., marks SBI’s first step in their plan that boasts to cooperate with nationwide local banks. The Financial Services Agency, who hopes that SBI will enhance the credit of local banks facing the predicament of a shrinking regional economy and take over their regeneration, has expressed their stance in supporting the plan. Local banks are neglected, seen as typical cheap stocks with their BPS (net assets per stock) significantly lower than their stock prices, and have been pushed back by the fall in stock prices following the downturn. Due to expectations of an expansion in the capital and business tie-up, the stocks of local banks will serve as an ignition point where buyers will spread to bank and securities stocks, and then we can begin to see signs of increased buying on overall low PBR (price-to-book ratio) stocks. It may be approaching the right time for a level adjustment and a revision to the overall market from the aspect of asset value in addition to business performance. 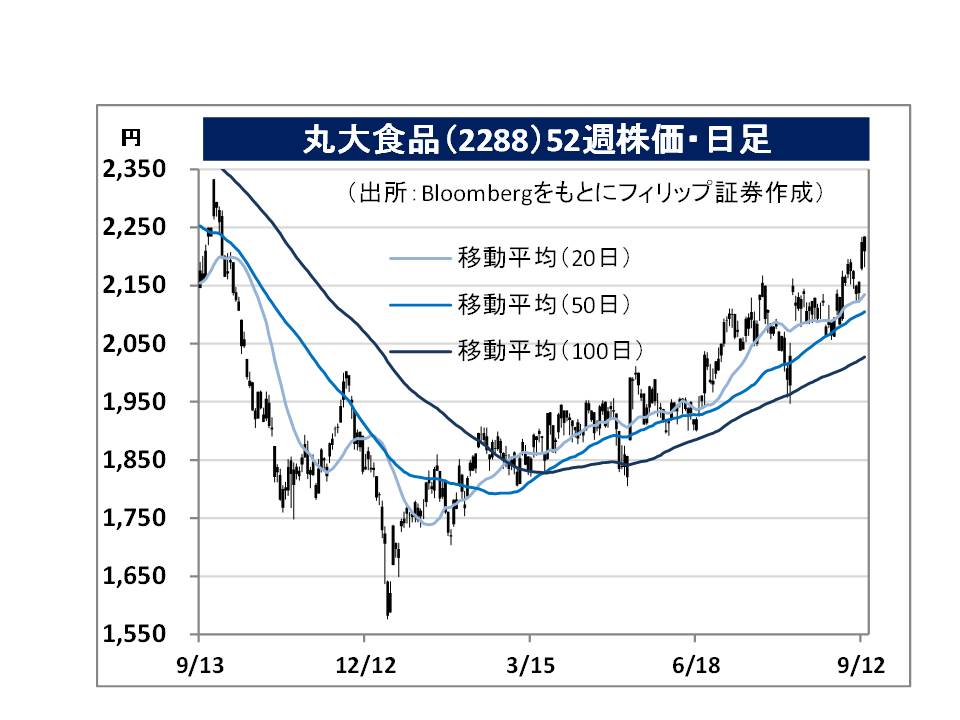 ・For 1Q (Apr-Jun) results of FY2020/3 announced on 6/8, net sales increased by 4.5% to 61.393 billion yen compared to the same period the previous year, and operating income increased by 2.8 times to 1.431 billion yen. Despite their mainstay ham and sausages department and the meat business decreasing in revenue, a significant increase in cooking processed foods such as their retort pouch curry, “Sundubu” and “Salad Chicken” range, etc., have led to an increase in both sales and profit.

・For its full year plan, net sales is expected to increase by 2.9% to 250 billion yen compared to the previous year, and operating income to increase by 55.3% to 3.5 billion yen. As a plan to transform their business structure by reinforcing their cooking processed foods, the company established a new factory for convenience stores in the previous year to counteract labour shortages. Good results from these strategies have already shown in the form of a profit increase in the 1Q. In addition to shareholder incentives, their positive attitude towards a return to shareholders, such as from their announcement on 26/8 to carry out a stock buyback, etc. is also likely to be highly rated. 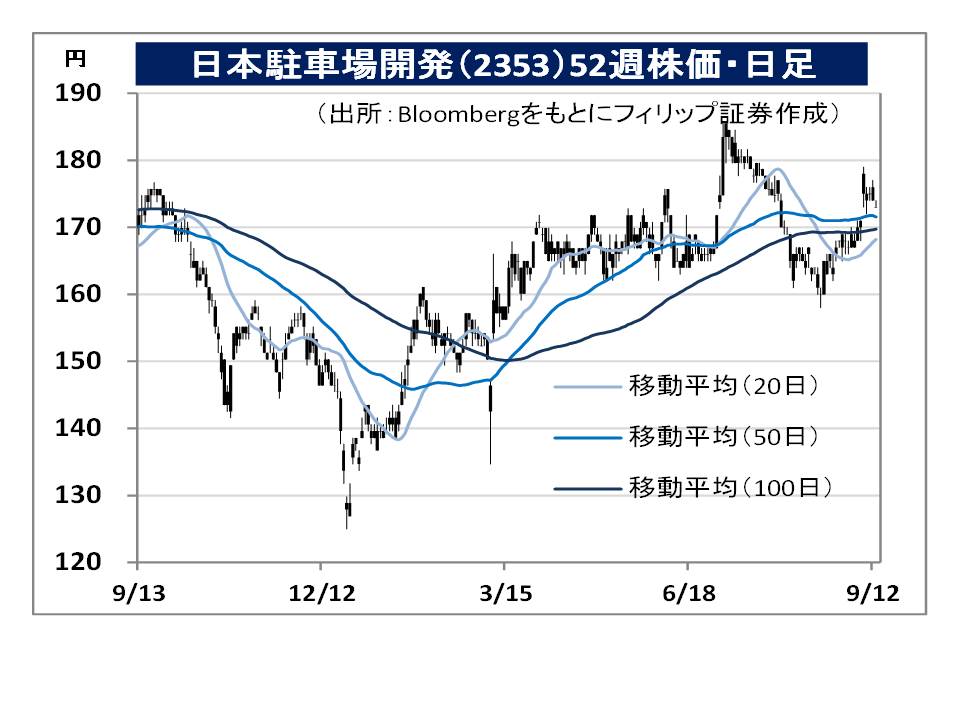 ・For FY2019/7 results announced on 6/9, net sales increased by 7.1% to 24.381 billion yen compared to the previous period, operating income increased by 17.7% to 4.157 billion yen, and net income increased by 27.7% to 2.823 billion yen. The progress in efforts to acquire overseas large-scale commercial facility parking spaces have renewed their record sales. Profitability has also improved due to price adjustments and sales promotion activities utilising manned operation.