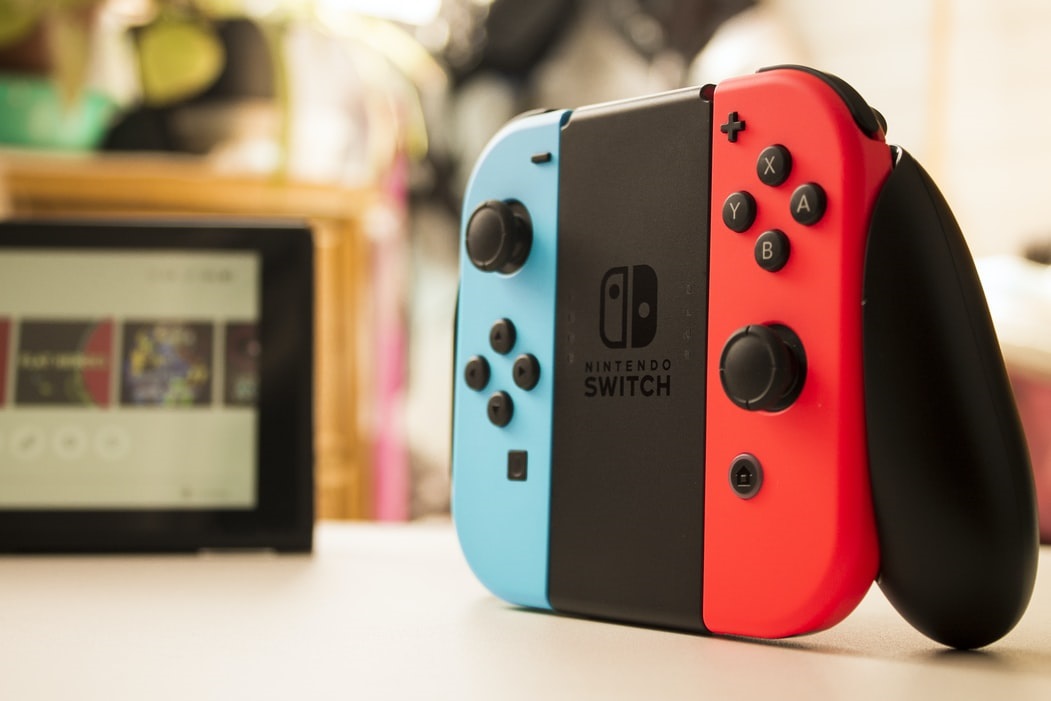 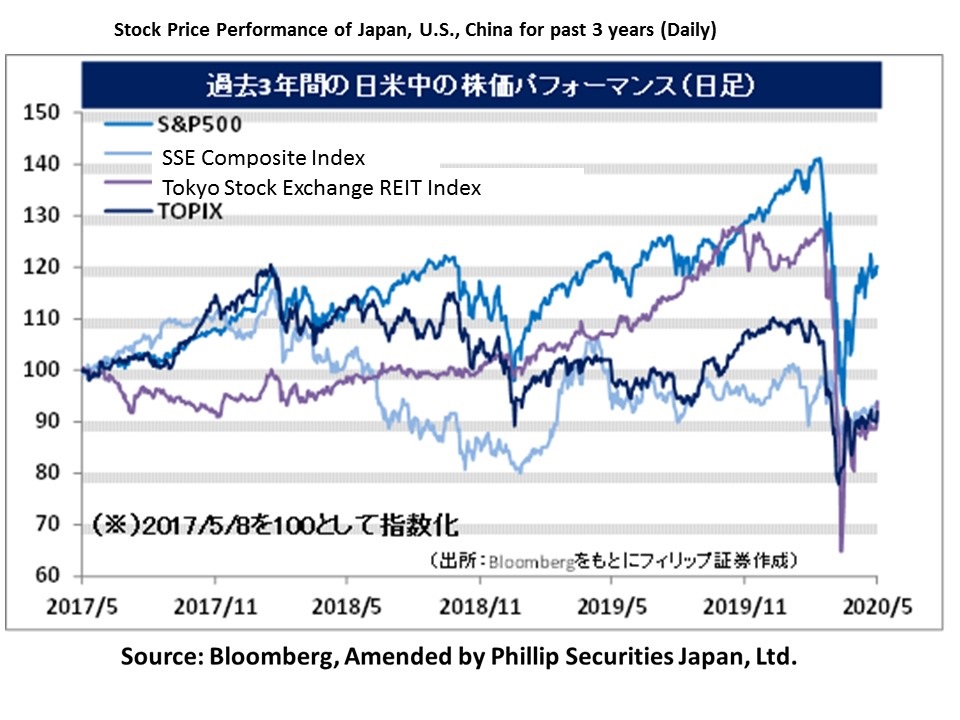 Payment of “subsidies for sustaining businesses” to SMEs and sole proprietors, whose sales had decreased sharply compared to the previous year due to Covid-19, began on 8/5.  Corporations will be paid up to 2 million yen while sole proprietors will be paid up to 1 million yen.  These will be paid directly to the bank accounts of the businesses after they had accessed a dedicated website and all necessary documents had been verified.  In order to support businesses with cash flow problems, the government has set up systems to effect these payments within one week.  In addition, online application for the “special fixed payout” by the government of 100,000 yen per person started sequentially from 1/5 for each municipality.  Until now, despite the quantum of money involved, economic measures are such that it is difficult for individuals to actually feel the benefits.  However, the current proposed economic measures allow citizens to apply directly to the government through dedicated websites without going through intermediaries.  Therefore, we can expect direct and prompt payments from the government.  It may therefore be said that such measures are of epochal significance because it has become easier for the people to directly feel the benefits of the government’s economic measures.  In addition, it was reported that the LDP and Komeito had agreed on a broad outline of support measures whereby SMEs, sited in rental properties, which had suffered a certain level of drop in sales will have up to two-thirds of their rentals subsidized by the government for half a year.  It may be possible to expect economic effects that have never been seen before if the cash associated with these economic measures circulates in the Japanese economy in response to consumer/resident demands.

The Nikkei Average on 8/5, when the payment of subsidies for sustaining businesses began, closed at 20,179 points, which was 504 points higher than the closing price on the previous day.  This could be an expression of expectations for the economic measures that we had not seen until now.  The Nikkei Average may therefore rise higher depending on the effects of these economic measures.  The weighted average PBR (Price-to-Book Ratio) of the closing price of the Nikkei Average on 7/5 was 0.93 times.  The fact that a PBR of less than 1.0 times is likely to imply that the market is undervalued will also support the bullish outlook for the market going forward.

Amid the spread of Covid-19, elementary, junior and senior high schools had been closed, and efforts are being made to shift to online classes instead.  However, there are concerns that learning environments might differ depending on the living conditions of the children/students.  As a countermeasure, discussions are currently ongoing on the possibility of “school admissions and academic year starting in September”.  In terms of home-based learning, Singapore’s efforts (please see lower section of page 3) may serve as a reference. In addition, usage of online games and video distribution services has been increasing as people continue to refrain from going out.  This is therefore an opportunity for Japanese animations like Nintendo’s (7974) “Animal Crossing: New Horizons” etc. to attract more global attention. 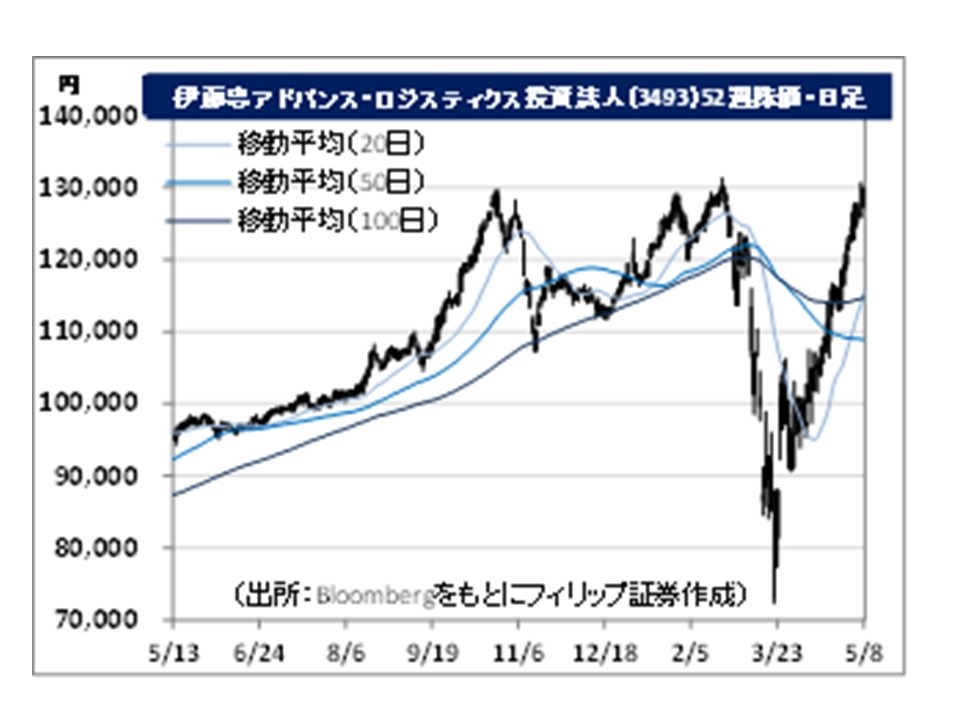 ・Established in 2018/5.  A logistics facility REIT sponsored by Itochu Corp (8001) which has strengths in businesses related to daily consumption that have a strong connection with logistics.  The flagship property is “i Missions Park Inzai” in Chiba Prefecture.

・For FY2020/7 plan, operating revenue is expected to increase by 36.7% to 2.405 billion yen compared to the previous period (FY2020/1 period), operating income to increase by 39.9% to 1.173 billion yen, and distribution per unit including excess profit to decrease by 0.5% to 2,382 yen.  Expected annual yield based on 7/5 closing price is 3.87%, with NAV (Net Asset Value) ratio at 1.09 times.  With its conservative financial management, the strength of this investment corporation lies in its ability to maintain profitability even if interest rates were to rise. 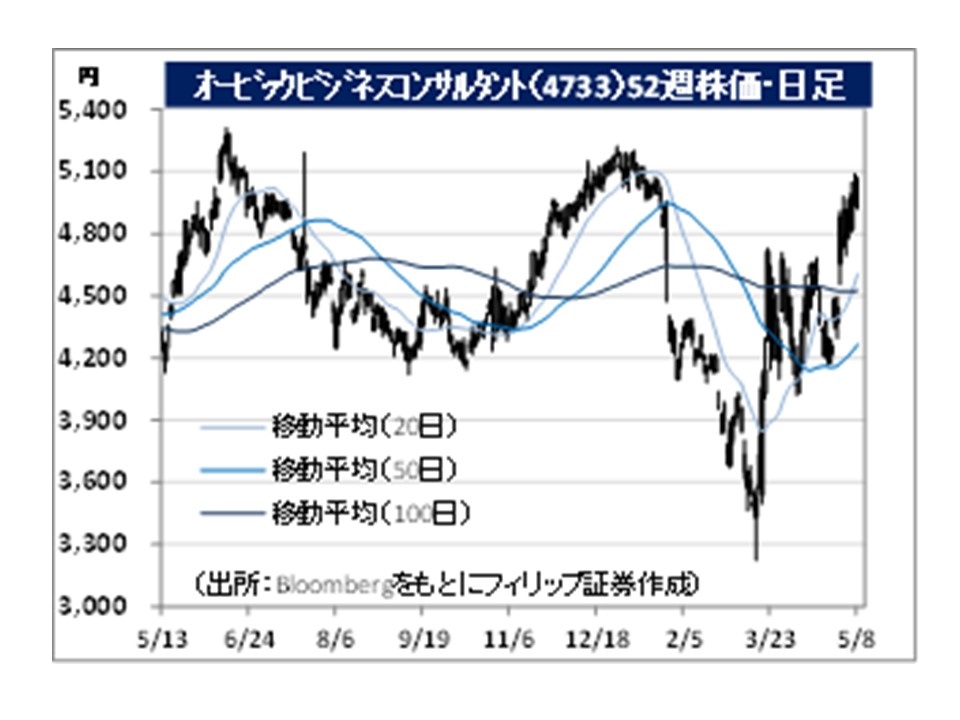 ・For results of FY2020 announced on 23/4, net sales increased by 1.8% to 30.068 billion yen compared to the previous year, and operating income decreased by 1.0% to 12.979 billion yen.  The favorable performance of the service division and special factors like product life cycle renewal accompanying the end of product support and consumption tax increase had contributed to the increase in sales, but operating profit declined due to the increase in cost of sales and SG&A expenses.

・For FY2021/3 plan, net sales is expected to increase by 1.4% to 30.5 billion yen compared to the previous year, and operating income to decrease by 2.2% to 12.7 billion yen.  Bookkeeping automation service using cloud accounting software is attracting attention as a result of efforts to quickly process applications for various loans, including subsidies, from SMEs and sole proprietors whose sales have dropped sharply due to Covid-19.  Company should be able to demonstrate its strength in data collaboration with various systems using APIs with the “Bugyo Cloud