Japan Weekly Strategy Report- Determine Your Path Amidst the Huawei Storm! May 28, 2019 427 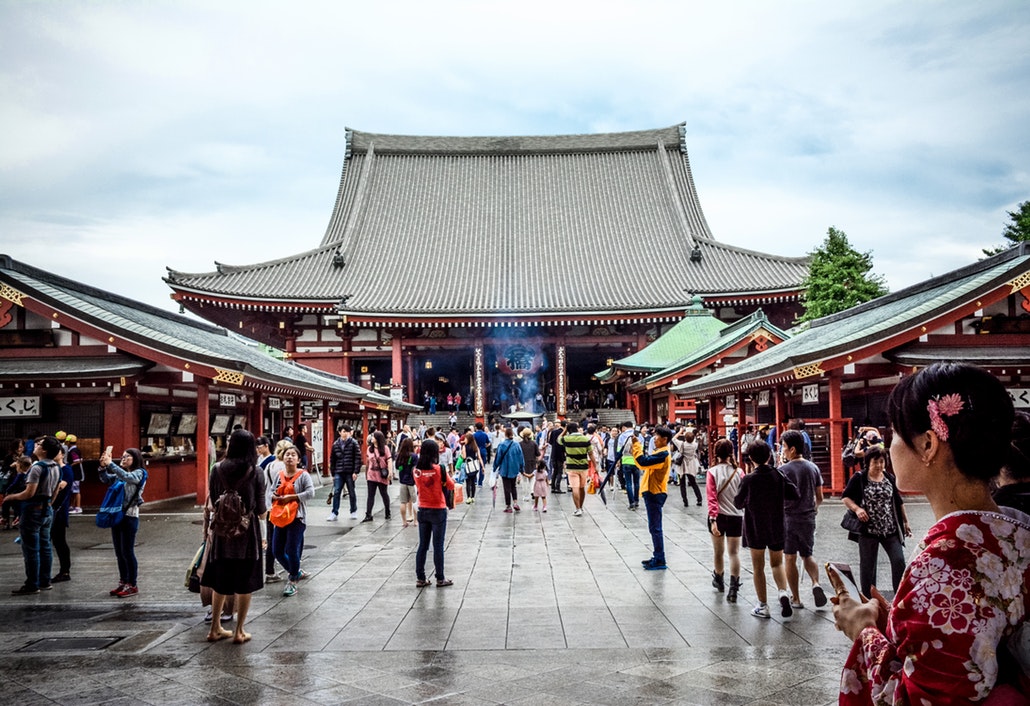 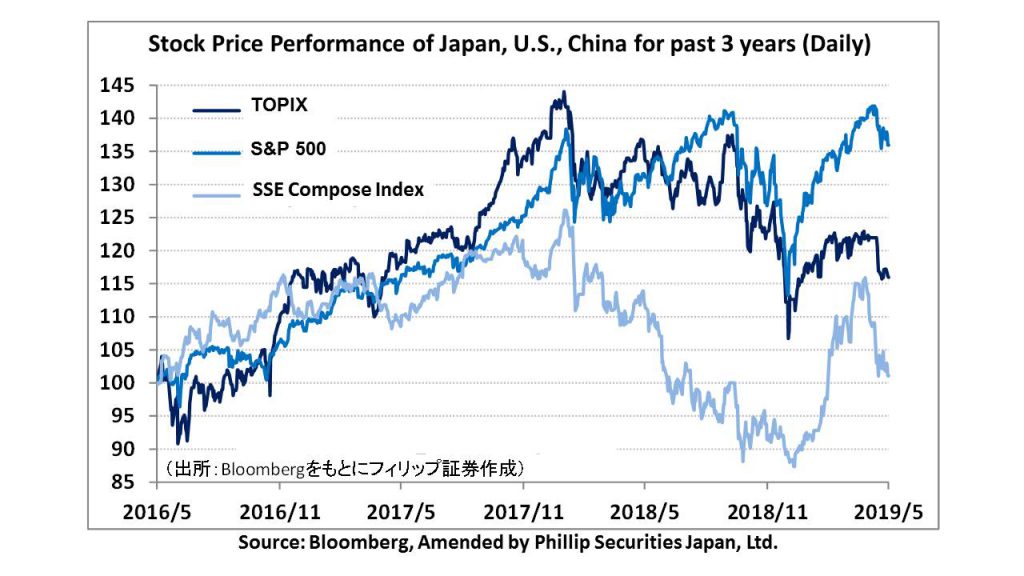 Determine Your Path Amidst the Huawei Storm!

The effects of export ban regulations on China’s Huawei by the US have begun to extend to global enterprises. It has been reported that the Trump administration is considering adding surveillance camera giant Hikvision and Dahua Technology, etc. to the list of companies under embargo. Together with additional sanctions and tariffs on China by the US, and the growing number of industries with concerns of having a negative impact on business performance, despite the Nikkei average stocks prices exceeding 21,400 points on 20/5 and 22/5, it dropped below 21,000 points on 24/5.

In addition to the political situation surrounding the increase in consumption tax, there is a focus on the trend of the Japanese economy. The real GDP (preliminary figures) for the Jan-Mar term announced on 20/5 is +0.5% compared to the previous term. As external demand includes the special factor of a sharp decline in imports, domestic demand has risen by 0.1% compared to the previous term. Although private consumption and capital investment are at a deficit, housing spending has increased by 1.1% and public investment has increased by 1.5%. Although the increase of 3.8% in machinery orders (except ships and electric power) compared to the previous month announced on 22/5 also appears to be good, in contrast to the decline of 11.4% in the manufacturing industry that is heavility reliant on exports, the non-manufacturing industries show an increase of 13.4% and there is a prominent increase in the construction, leasing, and transportation industries. Although there are still concerns of the sectors easily affected by export ban regulations and the manufacturing industry that is largely reliant on exports approaching a difficult period, there is a need to pay attention to the public investment-related which will easily benefit from the “decision of the National Resilience Annual Plan for 2019 (tentative name)” set for “end May ~ early June this year”, and the domestic demand-related with the cabinet’s decision on 14/12 regarding “triennial emergency measures to strengthen national resilience, disaster prevention and reduction,”. However, there is a need to note that in order to stably execute the budget for public investment, political stability is imperative.

With the the general meeting for stockholders season around the corner, it is also a period where we look out for stockholders’ proposals being carried out for low ROE stocks by investment funds, etc. The “Japanese Version of the Corporate Governance Code” which comprises of 5 fundamental rules including “dialogue with the stockholders”, was officially announced on 6/2015, and on 6/2018, revisions such as, “to accurately grasp one’s company’s capital cost when drawing up and officially announcing management strategies and plans”, and “to disclose the policies and way of thinking, etc. involving cuts on cross-held stocks (listed stocks)”, were carried out. The total amount of the stock buyback acquisition quota announced between 1/4-21/5 has increased by 93% (1.77 trillion yen) compared to the same period the previous year. Although this is not limited to the period prior to the general stockholders’ meetings, in order to meet the expectations of investors who want to plan an increase in ROE via “dialogue”, it is likely that listed enterprises are all the more expected to strengthen returns to stockholders that focus on stock buybacks. 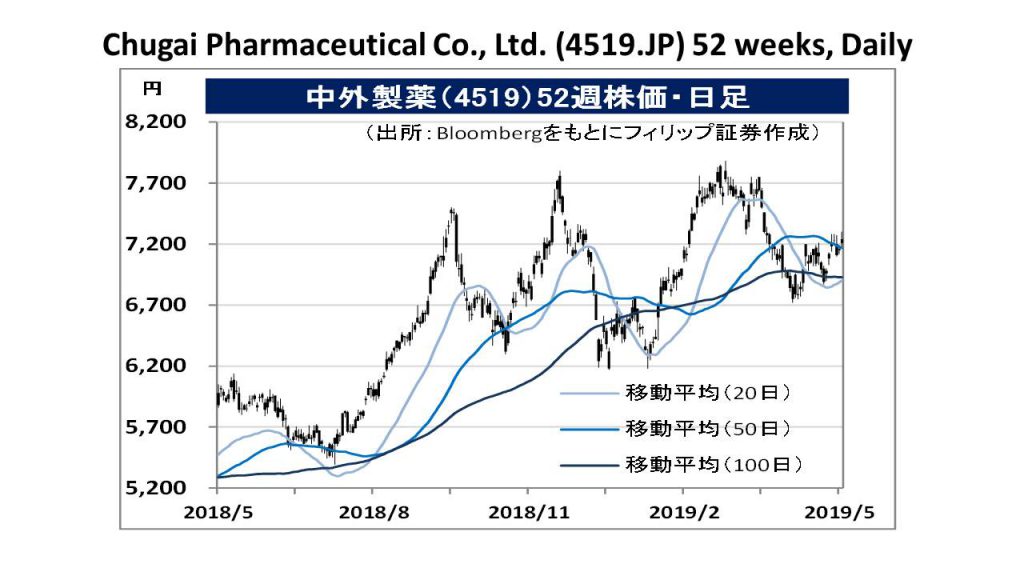 ・Founded in 1925 and company was established in 1943. In 2002, company became a subsidiary of the Swiss Roche group. Carries out the research, development, manufacture, retail and import and export of pharmeceuticals. Is the leading company domestically for biomedicine and antibody drugs, and holds the top shares for domestic sales of antibody drugs and in the cancer area. Has acquired certification for biomedicine in 116 countries.

・For the company’s full year plan, sales revenue is expected to increase by 2.2% to 592.5 billion yen compared to the previous year, core operating income to increase by 9.7% to 143 billion yen, and core EPS to increase by 12.2% to 198 yen, with payout ratio at 48.5%. On 21/5, company announced the investment of 127.3 billion yen to build a research facility in Yokohama City. Company is consolidating their research function spread into 2 bases and is pursuing synergy. 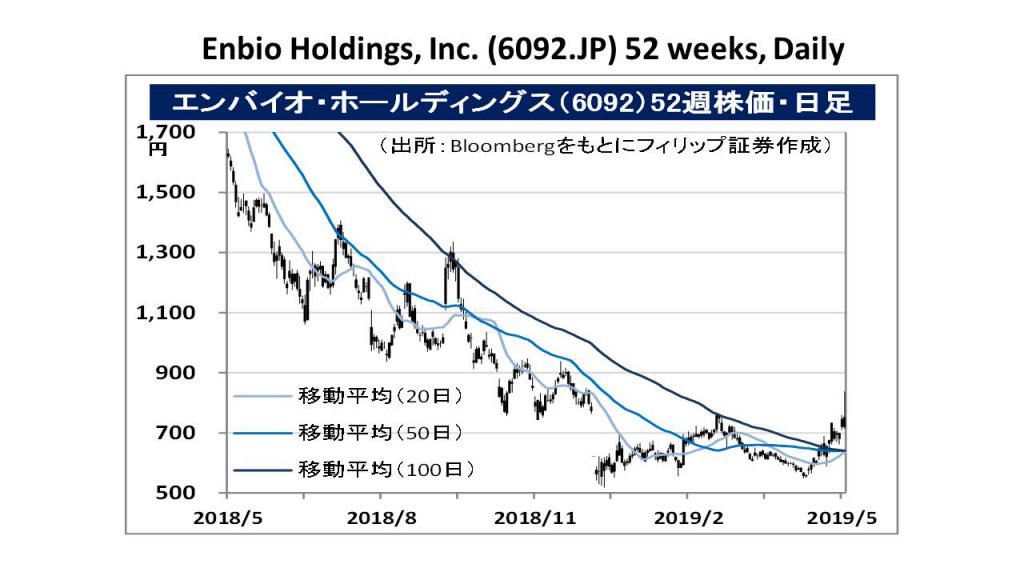 ・Established in 1999. In addition to their main businesses which are the soil contamination countermeasure business (investigation, purification work and risk consulting of soil contamination) and the brownfield revitalisation business (effective utilisation support for contaminated soil regions), company also engages in the natural energy business.

・For FY2019/3 results announced on 15/5, net sales increased by 2.1% to 8.563 billion yen compared to the previous period, operating income decreased by 19.5% to 633 million yen, and net income fell into the red with ▲150 million yen from the previous term’s 403 million yen. Although company has secured an increase in revenue, the record of a ▲496 million yen loss of withrdrawal from operations involving consolidated subsidiaries, in addition to development costs involved with the introduction of an in situ purification technology have added up.

・For FY2020/3 plan, net sales is expected to increase by 7.9% to 9.237 billion yen compared to the previous year, and operating income to increase by 32.7% to 840 million yen. In China, the Soil Pollution Prevention and Control Law was enforced on 1/2019, and due to growing risks of a suspension in operations due to environmental regulations, their number of consulting orders increased from 11 cases within 4-12/2018 to 25 cases within 1-3/2019. In the midst of the US-China friction escalating, we can look forward to the increase in their number of orders from firms planning to reduce risk from Chinese businesses.