Japan-Weekly Strategy Report “Could This Be an Adjustment Phase That Follows a Transition Period From Economic Recovery to Expansion?” May 21, 2021 257 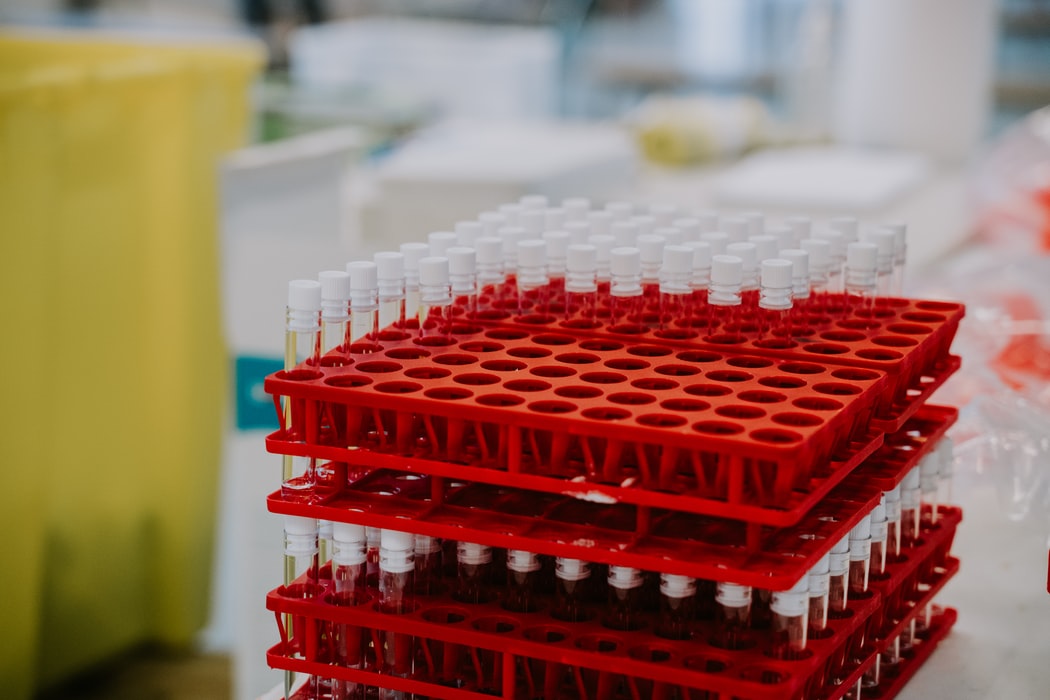 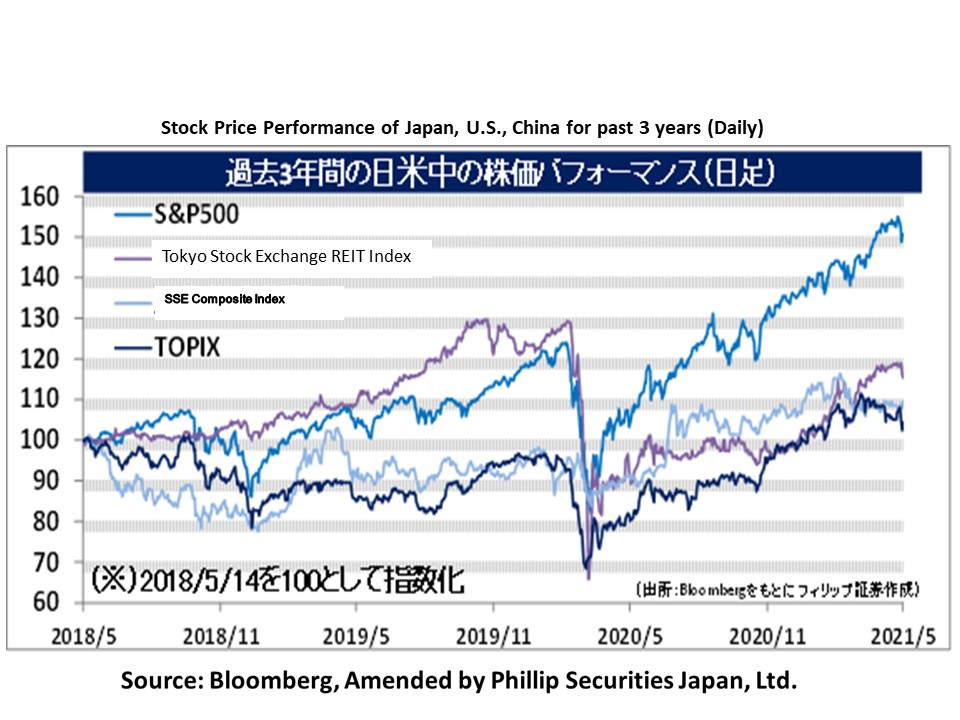 “Could This Be an Adjustment Phase That Follows a Transition Period From Economic Recovery to Expansion?”

Compared to the U.S. real GDP in 2019 prior to the spread of COVID-19 at 19.2 trillion dollars, its real GDP from January to March this year at 19 trillion dollars is almost nearing a complete recovery since the recession when annualised, and on 13/5, Bullard, the President of the U.S. Federal Reserve Bank of St. Louis, expressed that “it is transitioning to the expansion phase in the economic cycle”. In contrast, for Japan’s GDP from January to March (preliminary figures) which is planned to be announced on 18/5, in terms of market prediction, a negative growth is predicted which was last seen 3 quarters ago in response to the second declaration of a state of emergency on the COVID-19 disaster. In addition, a third declaration of a state of emergency which is being implemented from 25/4 has been expanded to other regions and extended until end May, and Nomura Research Institute revealed a trial calculation of its economic loss that exceeds 1 trillion yen. In that case, is the sharp decline in the Nikkei average from 11/5 a reflection of concerns on the said economic loss?

There is a predicted acceleration in the popularisation of COVID-19 vaccinations in Japan from this month. Based on the high correlation between the rise in U.S. stocks from January to mid-April this year and the increase in the number of vaccinations per day, perhaps the immediate economic loss following the increase in vaccinations could instead be regarded as an benefit to the stock market in the form of a demand that is carried over to the future (pent-up). With there being predictions of a transition from a recovery to expansion phase in the economic cycle similar to the U.S., perhaps it is reasonable to regard the recent decline in stock prices as an adjustment phase which causes a fall in stocks perceived to have weak resistance against rises in prices and interest rates following a transition to economic expansion.

In periods of an increasing trend lasting 3 to 4 years following an economic cycle such as these, after it goes from the bottom of the stock market through a bull market that lasts about a year, it transitions to an adjustment phase and goes through a period of fluctuation within a plateaued boxed range. Similarly, in this occasion, since this month will be the 14th month since the Nikkei average plummeted to the 16,300 point level in March 2020, there is also a possibility that in the meantime, it would be a plateaued boxed range similar to past examples. It is likely that it will be regarded as a period to switch over to a portfolio that anticipates “the move from economic recovery to expansion”. 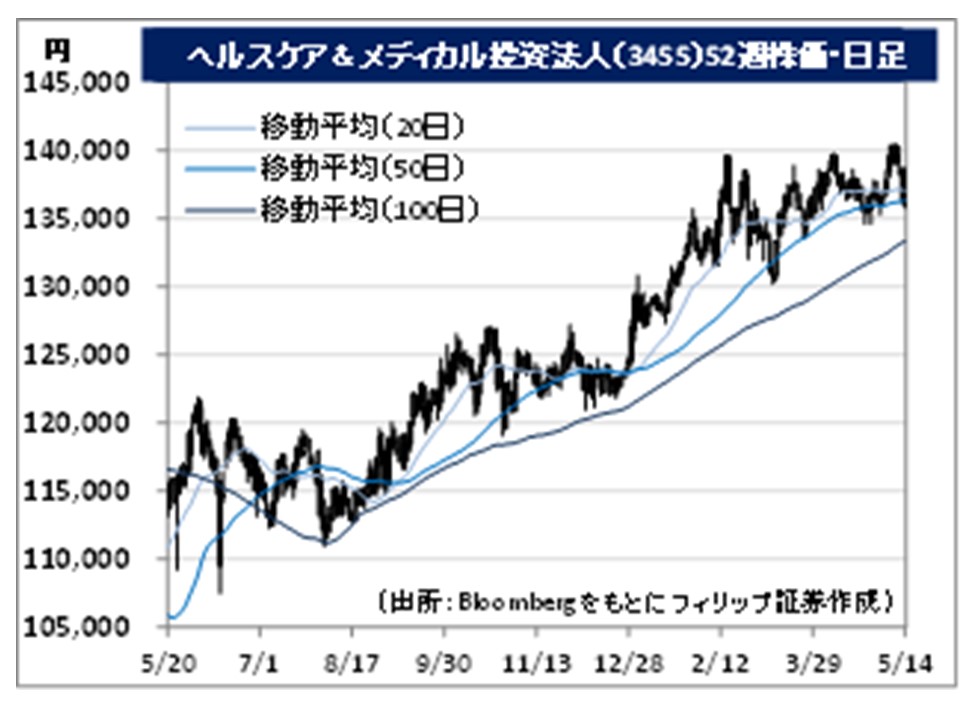 ・A healthcare-specialised J-REIT which is the main sponsor for NEC Capital Solutions, Sumitomo Mitsui Banking Corporation as well as Ship Healthcare Holdings, which handles a nursing care and healthcare business. The first J-REIT to acquire hospital assets in Nov 2017.

・For FY2021/7 (Feb-Jul) plan, operating revenue is expected to increase by 0.7% to 2.072 billion yen compared to the previous period (FY2021/1), operating income to decrease by 0.2% to 1.07 billion yen and distribution per unit to increase by 0.3% to 3,236 yen. Company forecasted annual dividend yield up to FY2022/1 (closing price on 13/5) is 4.75%. With the increasing sense of uncertainty in the real estate market focusing on commercial facilities and hotels due to the COVID-19 disaster, the investment corporation concluded fixed rental fee and long-term leasing contracts with healthcare facility business operators. 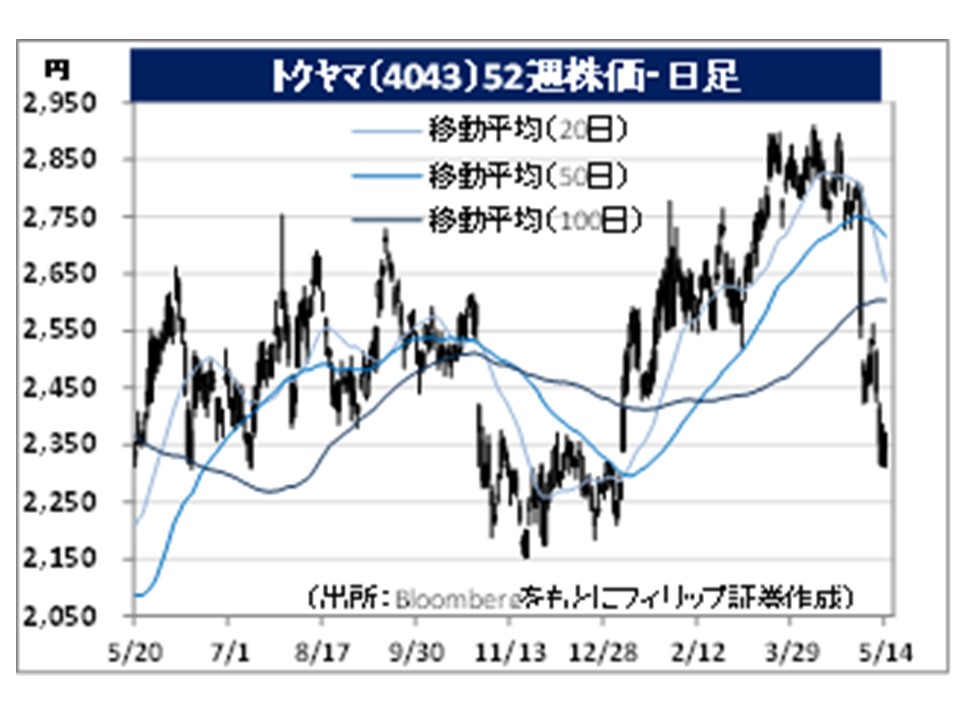 ・For FY2021/3 results announced on 28/4, net sales decreased by 4.3% to 302.4 billion yen compared to the previous year and operating income decreased by 9.8% to 30.921 billion yen. The decline in the overseas market condition of caustic soda in the chemicals business had affected the decrease in sales and income. Compared to the previous quarter 4Q (Jan-Mar), as a result of good sales performance of polycrystalline silicon for semiconductors, net sales increased by 5.0% and operating income increased by 5.2%.

・For FY2022/3 plan, net sales is expected to decrease by 1.9% to 310 billion yen compared to the previous year and operating income to decrease by 18.3% to 28 billion yen. With silicon wafers, a material of semiconductors, being round thin plates (wafers) which are processed single crystal ingots made from highly pure polycrystalline silicon, there are concerns circulating in the industry on silicon wafers falling into a global supply shortage in 2023. There will likely be an increase in demand for the company’s polycrystalline silicon in the next few years.