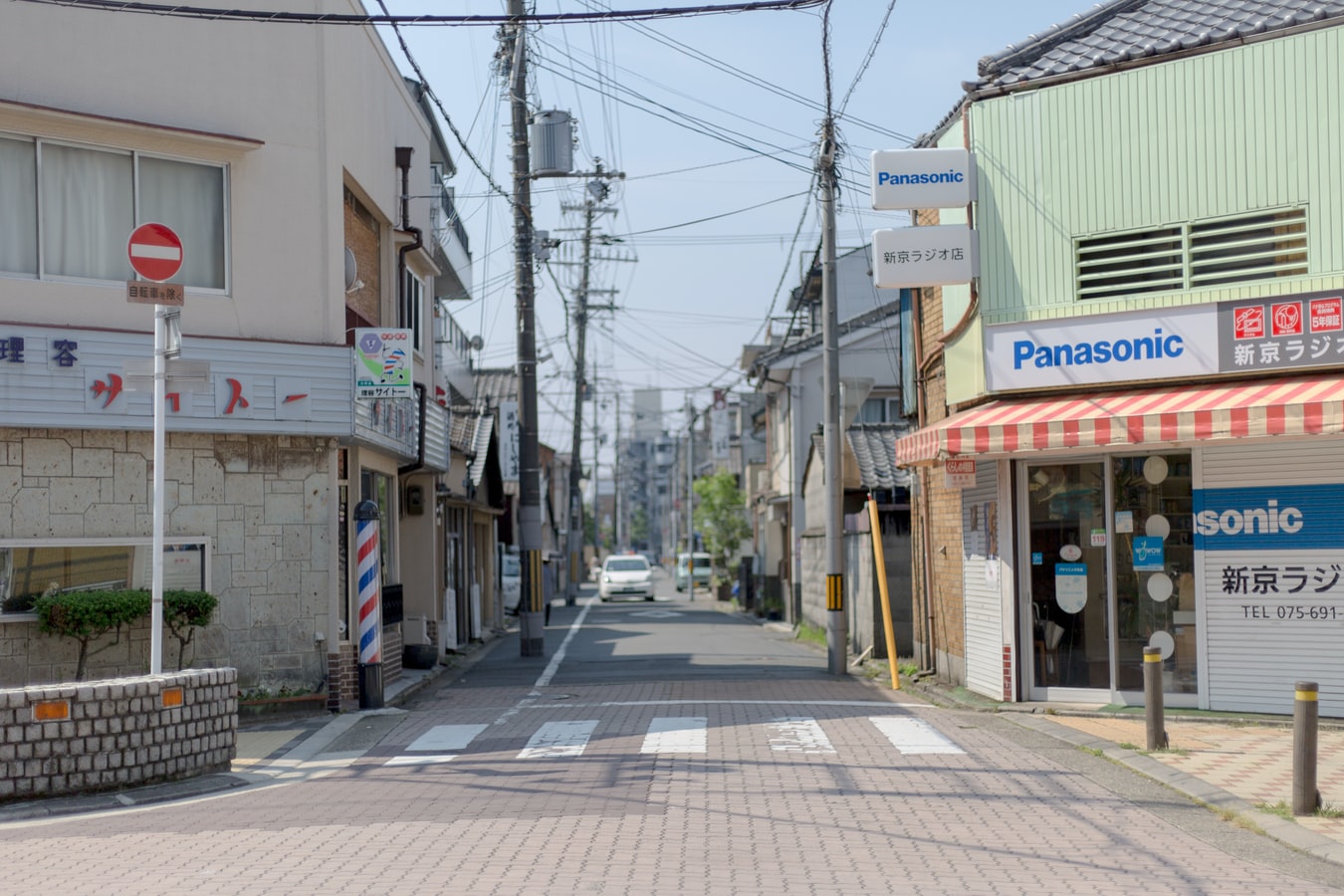 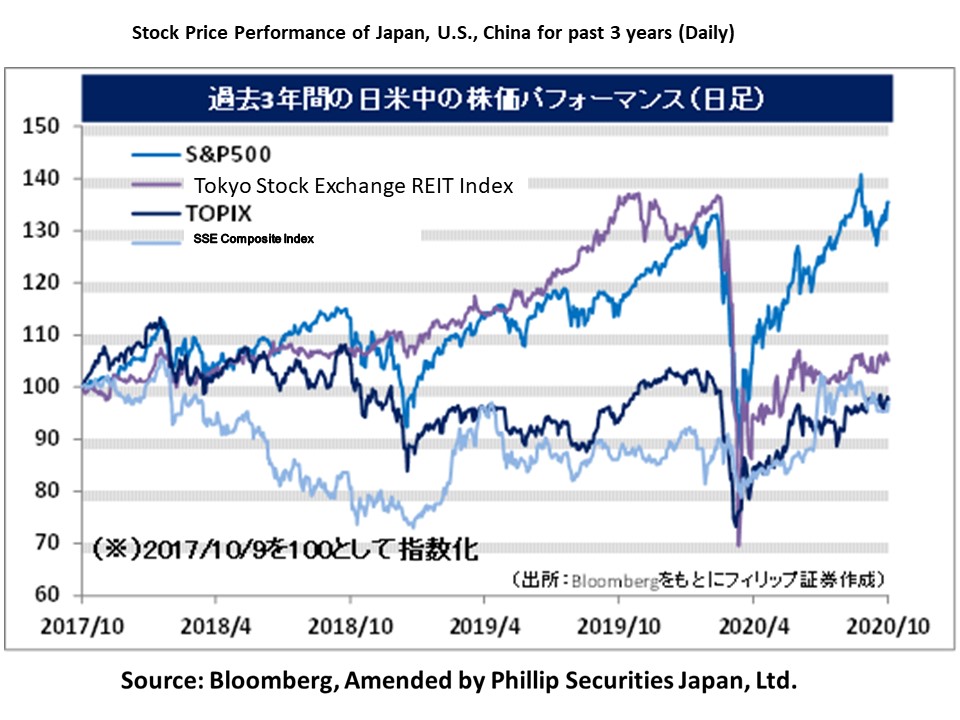 In the 24th August 2020 issue of our weekly report (“20 Times Forecast PER Hurdle”, Partnership With US Companies”), we mentioned that “with the concern on whether growing U.S. corporations would be able to maintain their current share price level in the short term, Japanese corporations who are building close relationships with these corporations are gaining opportunities to increase business performance”, and examples listed were Life Corporation (8194), who partnered with Amazon.com (AMZN), TerraSky (3915), who is a consulting partner for Salesforce.com (CRM), and Panasonic (6752) involving the investment of the increased production of EV batteries for Tesla (TSLA). Also, under “Selected Stocks”, we mentioned Iwatsuka Confectionery (2221), who carries out technical support and invests in Want Want, a foodstuff manufacturer who expanded from Taiwan to Mainland China.

Apart from these, through partnerships and deals with major overseas corporations, there has been a gradual increase in the presence of Japanese corporations tapping into the force of their growth and technology. Nomura Micro Science (6254), who handles ultrapure water manufacturing devices, is raising their sales ratio for the Korean Samsung Electronics and Samsung Engineering. Agricultural machine manufacturer Kubota (6326) announced a strategic alliance regarding the automatic operation of agricultural machines with Nvidia (NVDA) who has superior technology involving artificial intelligence and image processing semiconductors. Among semiconductor manufacturing devices, SCREEN Holdings (7735), who handles wafer cleaning devices, was recognised as a leading partner worthy of being awarded with the “Excellent Performance Award” by the world’s largest semiconductor foundry, Taiwan Semiconductor Manufacturing/TSMC (TSM). In addition to Ibiden (4062) making their IC (integrated circuit) package for Intel (INTC) as their mainstay, electronics trading company Ryoyo Electro (8068) also handles many overseas-manufactured semiconductors in addition to Intel.

Apart from those related to IT and semiconductors, there has been a rise in Japanese corporations finding ways to partner with overseas corporations. Rengo (3941), who handles corrugated cardboard, has shown movements of acquiring the Vietnamese packaging materials company, Bien Hoa Packaging, via a joint venture company with Thai materials giant Siam Cement (SCC). Also, Rakuten (4755) has widely partnered with others in addition to Rakuten Ichiba’s sales channel with the Canadian Shopify (SHOP), who handles e-commerce transaction website construction support.

It is said that Biden, the candidate from the Democratic Party, is leading in the U.S. Presidential Election over the currently serving President Trump. As mentioned in the 31st August 2020 issue of our weekly report (Focus on the COVID-19 Catastrophe Shifting to Nursing Care and the Start of the Political Market), the candidate Biden is pledging an economic measure that would carry out an investment expenditure equivalent to 83 trillion yen over the span of 10 years on childcare and nursing care, and attention is likely to be on stocks involving the alleviation of the burden of elderly nursing care, such as CYBERDYNE (7779). 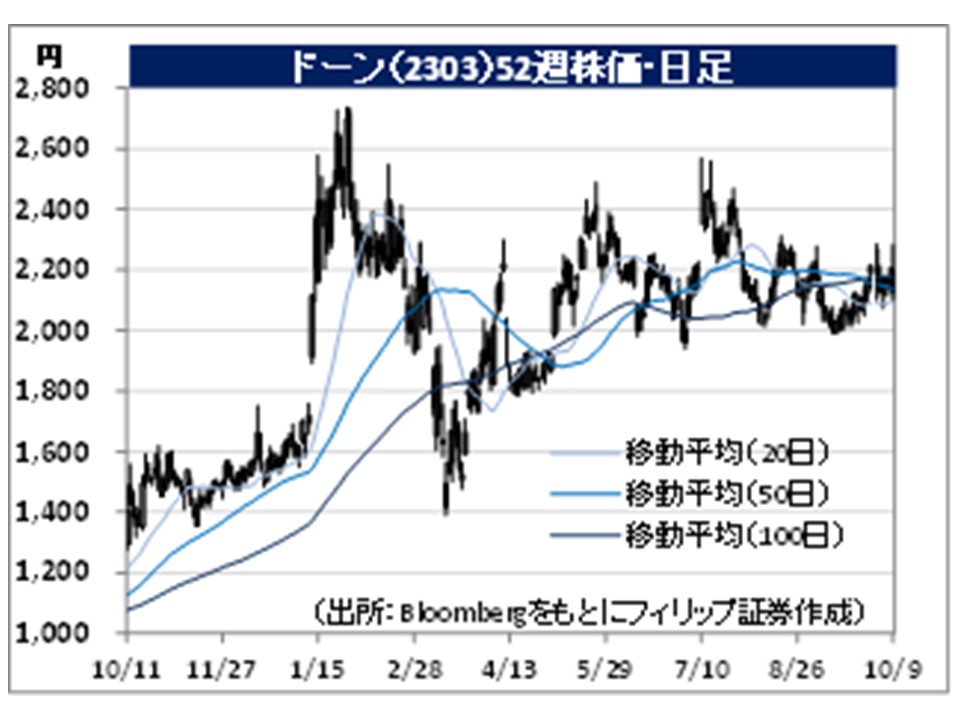 ・Established in 1991. Expands services that disseminate map information, etc. using the cloud, develops and retails licenses for the software (GeoBase) used for geographical information system construction, and carries out the entrusted development of applications pertaining to that system.

・For 1Q (Jun-Aug) results of FY2021/5 announced on 8/10, net sales increased by 12.6% to 219 million yen compared to the same period the previous year and operating income increased by 7.8% to 54.88 million yen. Orders secured that involve GIS and cloud services, such as the “NET119 emergency call system”, etc. for regional municipalities focusing on areas involving safety and security, such as disaster prevention, crime prevention and first aid, have performed strongly.

・For its full year plan, net sales is expected to increase by 4.8% to 1.1 billion yen compared to the previous year and operating income to increase by 13.8% to 330 million yen. According to the outline announced by the Cabinet Secretariat in end Sep, the 2021 budget involving building national resilience is predicted to increase by 8.8% to 4.4146 trillion yen compared to the previous year excluding the amount from the 3-year emergency countermeasure. Its operation has begun in the visual reporting system “Live119” at fire departments in Hyogo Prefecture, and after it rolls out to all fire department headquarters across the country, it is likely to benefit the company’s orders. 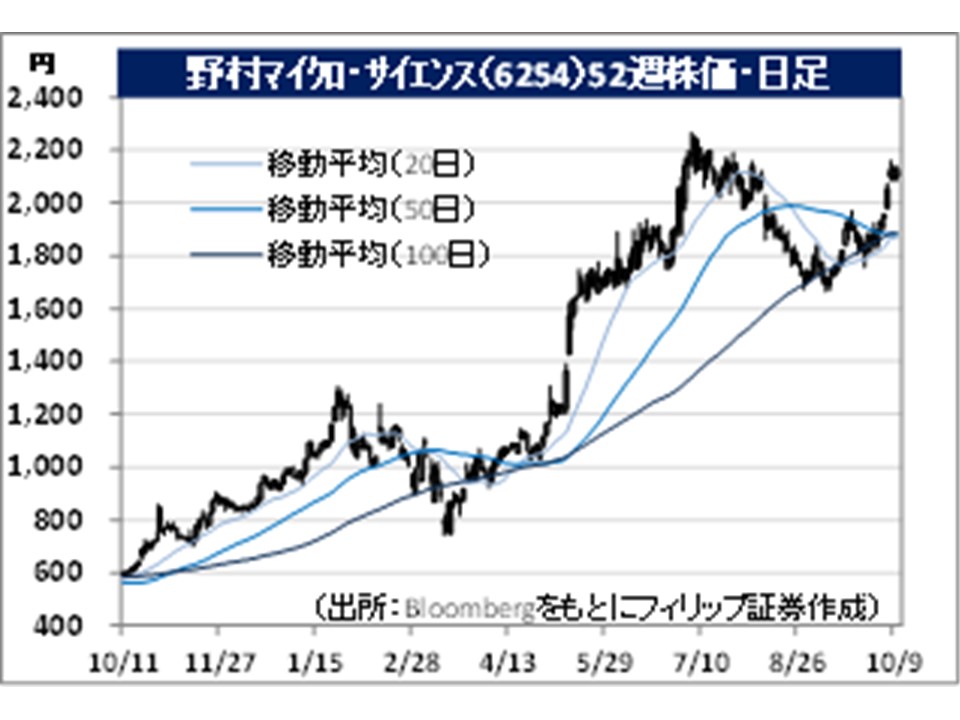 ・Established in 1969. Branched off from the agricultural chemical giant Hokko Chemical Industry (4992). Mainly expands the sale, execution of construction and design of ultrapure water manufacturing devices for semiconductors and their maintenance and sale of consumable supplies. Has many transactions with the Korean Samsung Electronics.

・For 1Q (Apr-Jun) results of FY2021/3 announced on 11/8, net sales increased by 11.5% to 4.352 billion yen compared to the same period the previous year and operating income increased by 9.9 times to 276 million yen. With their mainstay water processing equipment having completed a cycle of large-scale Korean projects, on the other hand, there has been progress in the ultrapure water manufacturing device construction work ordered by domestic and Chinese semiconductor-related corporations, and revenue increase was 26.3% (2.963 billion yen).