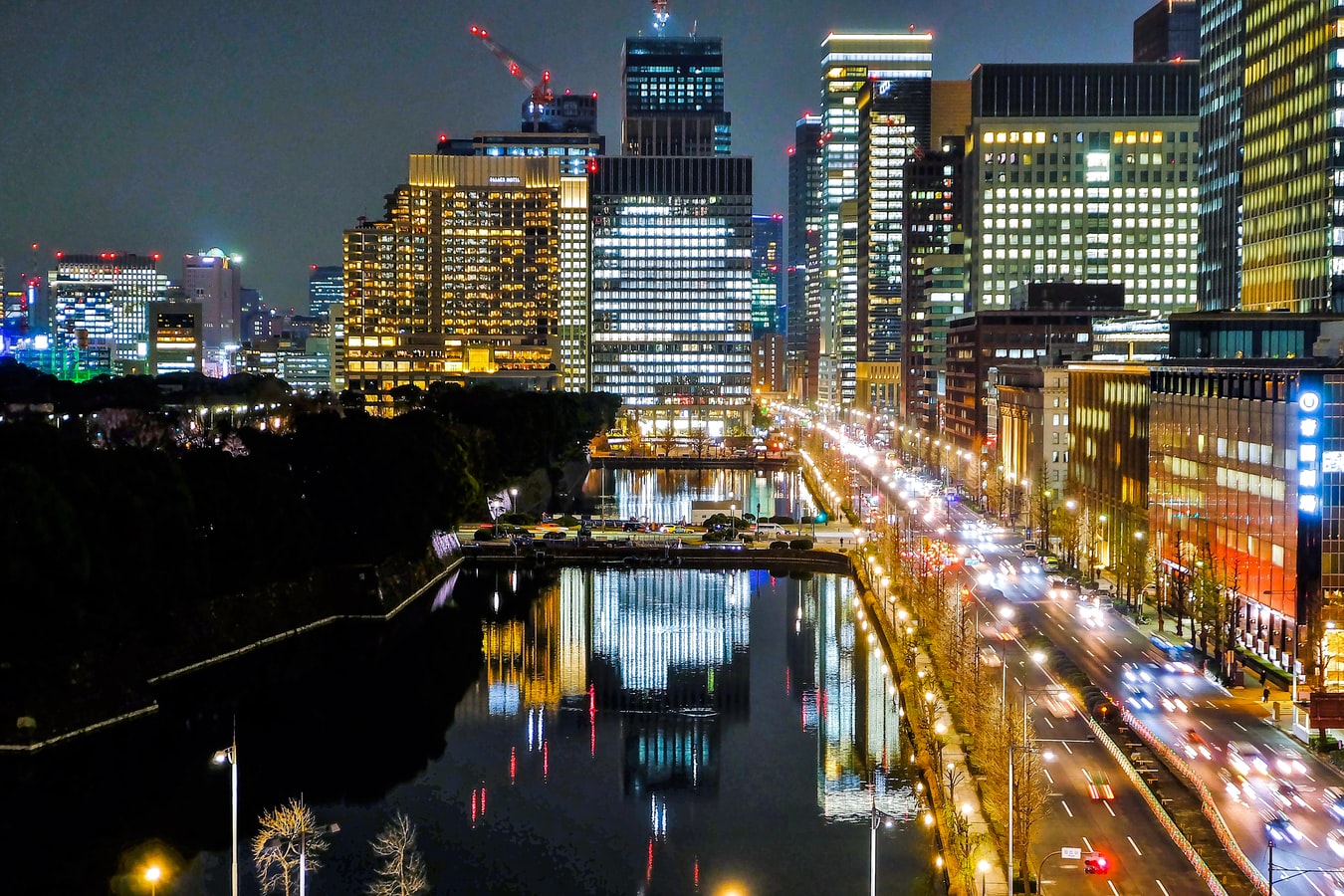 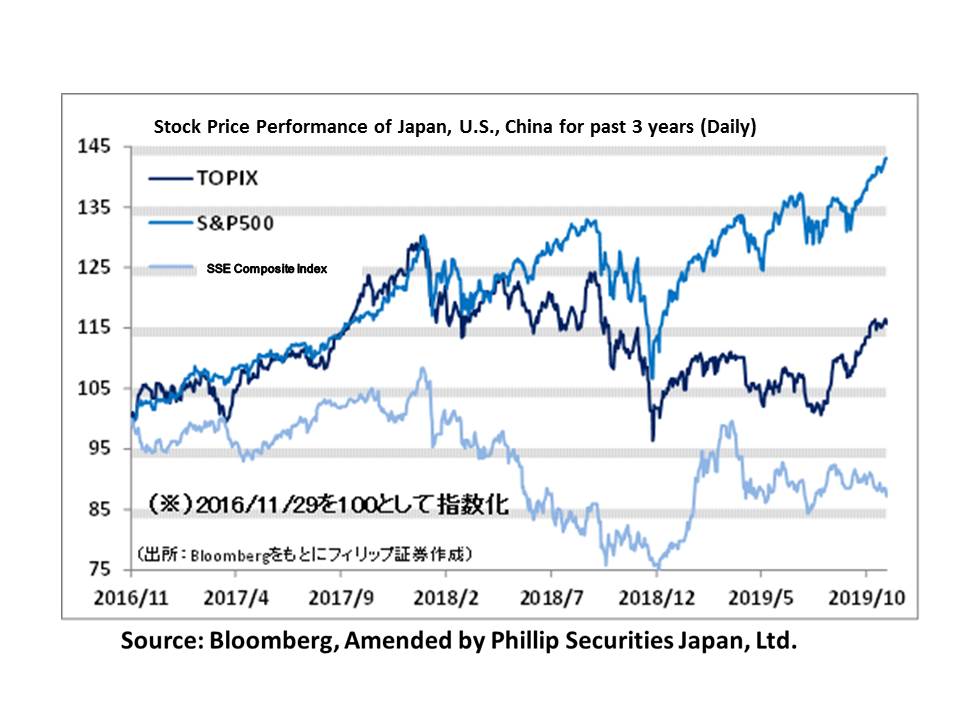 Concern On the Japanese Economy and Expectations of Undervalued Japanese Stocks

Amidst growing concerns on the future of the Japanese economy in 2020, we may see the gradual emergence of an ambivalent market mentality where attention is focused on undervalued Japanese stocks from the value aspect. In the Japanese stock market in the week of 25/11, as a result of the announcement that China would be reinforcing protection on intellectual property, major stock price indexes in the US market renewed their record highs in addition to a dominance in buying due to expectations of progress in the US-China trade negotiations, which led the Nikkei average to mark the year’s record high at 23,608 points on 26/11. However, in the early morning (Japan time) on 28/11, President Trump signed and concluded the “Hong Kong basic human rights bill”. In the midst of concerns of implications from backlash from China on the US-China trade negotiations, trading was also thin due to the US stock market that was closed on Thanksgiving, which prevented the rise in price of the Nikkei average.

Retail sales for October announced on 28/11 by the Ministry of Economy, Trade and Industry fell by 7.1% YoY and this decrease surpasses the 4.3% decrease which immediately followed the previous tax hike. Despite difficulties in identifying trends due to the series of typhoons, consumption after the consumption tax hike got off to a difficult start with retail sales significantly declining, such as the 17.3% decrease in department stores and the 14.2% decrease in home appliance specialty stores. Although convenience stores, whose reward point system involving cashless payments proved to be effective, was strong with a 3.3% increase, it did not seem to be enough to support consumption as a whole. This appears to contrast with the highly prospective consumption in the year-end shopping season in the US economy, whose labour market remains strong.

The state of the “unsettled selling balance of arbitrage” exceeding the “unsettled buying balance of arbitrage” involving spot and futures arbitrage continuing from June 2019 can be regarded as a cause for concern since it could be a factor that causes a lead in long sales, which is feared as a trend in the Japanese economy after the Tokyo Olympics and the consumption tax hike. On the other hand, the weighted average PBR (price-to-book ratio) of the closing price of the Nikkei average on 28/11 was 1.15 times, and due to a predicted continuous increase in the BPS (book value per share) as well, presently, it is easy for one to feel at ease due to the low being stable. Furthermore, since we cannot look forward to bond yield which form the basis of asset allocation after a recession, we can expect that the likely continuance of investments in stocks which focus on dividend yield will also serve as a factor that will support the Japanese stock market.

The UN Climate Change Conference COP 25 will be held in Madrid from 2/12 and expectations on renewable energy are likely to rise all the more across the world. It looks like there will be room for technology reassessments in Japanese companies involved with floating wind turbines. 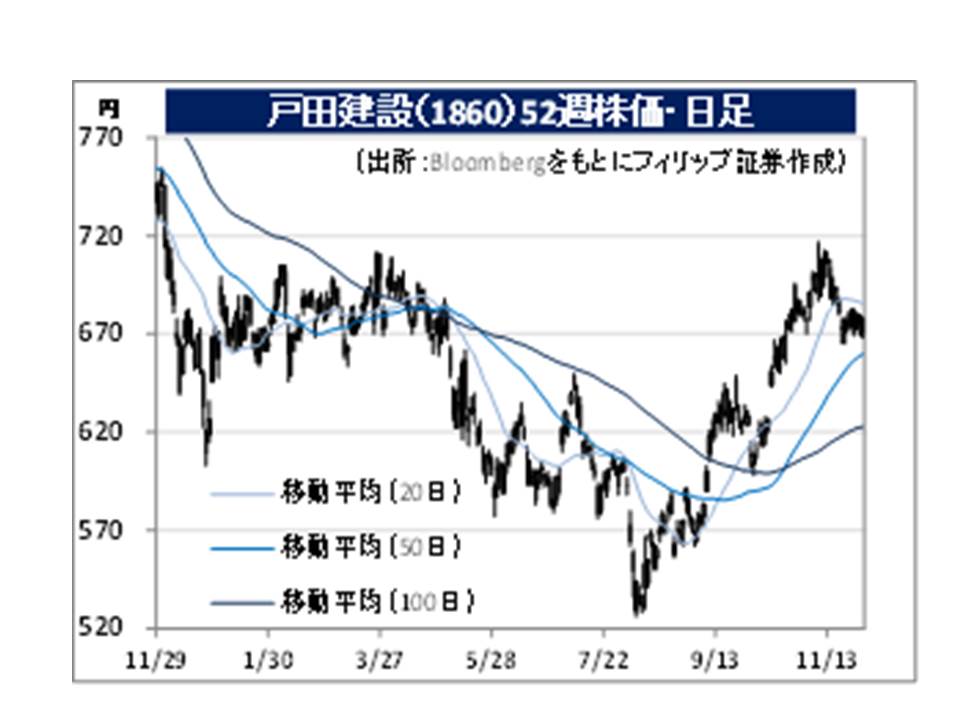 ・Founded in 1881. Has the domestic construction business, domestic civil engineering business, investment development business, new business fields (including the floating wind turbine business) and the overseas business as their main businesses, in addition to expanding the PFI business involving various other businesses, etc.

・For its full year plan, net sales is expected to increase by 1.9% to 520 billion yen compared to the previous year and operating income to decrease by 11.1% to 30.7 billion yen. Company has built a floating wind turbine facility in Goto Islands in Nagasaki Prefecture, which is a “promising region” under the ‘Act of Promoting Utilization of Sea Areas in Development of Power Generation Facilities Using Maritime Renewable Energy’. Due to applications of the semi-submersible float raiser developed by the company, we can look forward to a significant optimisation and simplification to the construction process of offshore wind power installation works. Expectations on the company is likely to rise along with the popularisation of Japan’s renewable energy. 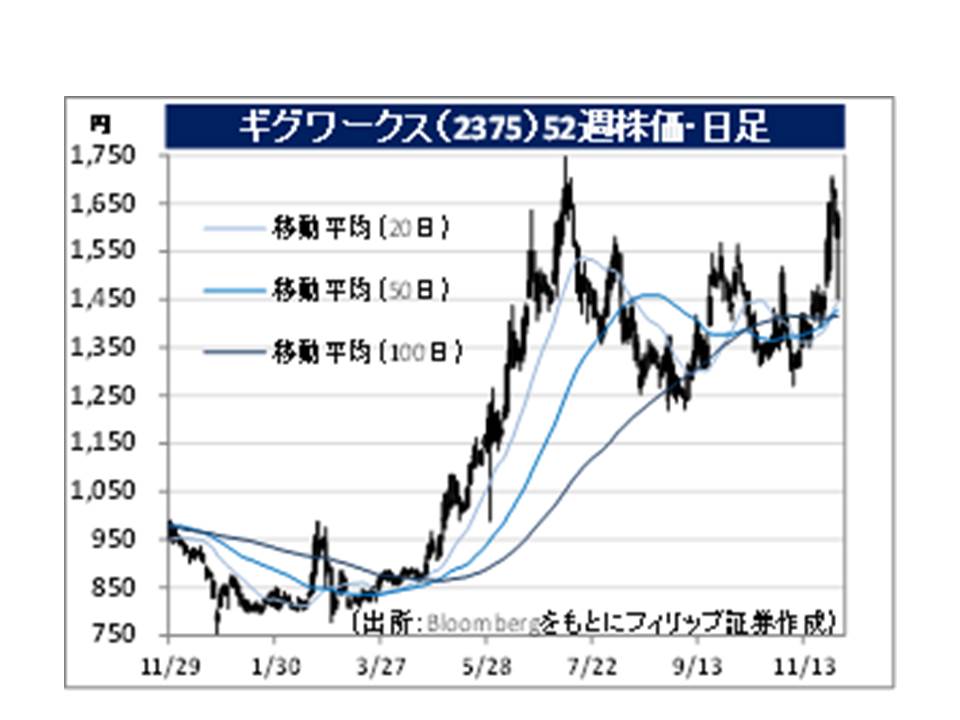 ・Established in 1977. Expands a “24-hour, 365 day” support service focusing on IT business across Japan for companies whose business targets are users of the IT environment and IT-related equipment as well as individuals and companies utilising them. Offers services in the gig economy area. Changed their trade name from ThreePro Group in Aug 2019.

・For FY2019/10 announced on 28/11, net sales increased by 9.5% to 17.584 billion yen compared to the same period the previous year, operating income increased by 33.8% to 784 million yen and net income increased by 45.1% to 448 million yen. Renewed their record profit which was 7 years ago. Projects for communication sales business operators have increased. A growth in their in-house developed CRM system and system repair projects have also contributed to a profit increase.