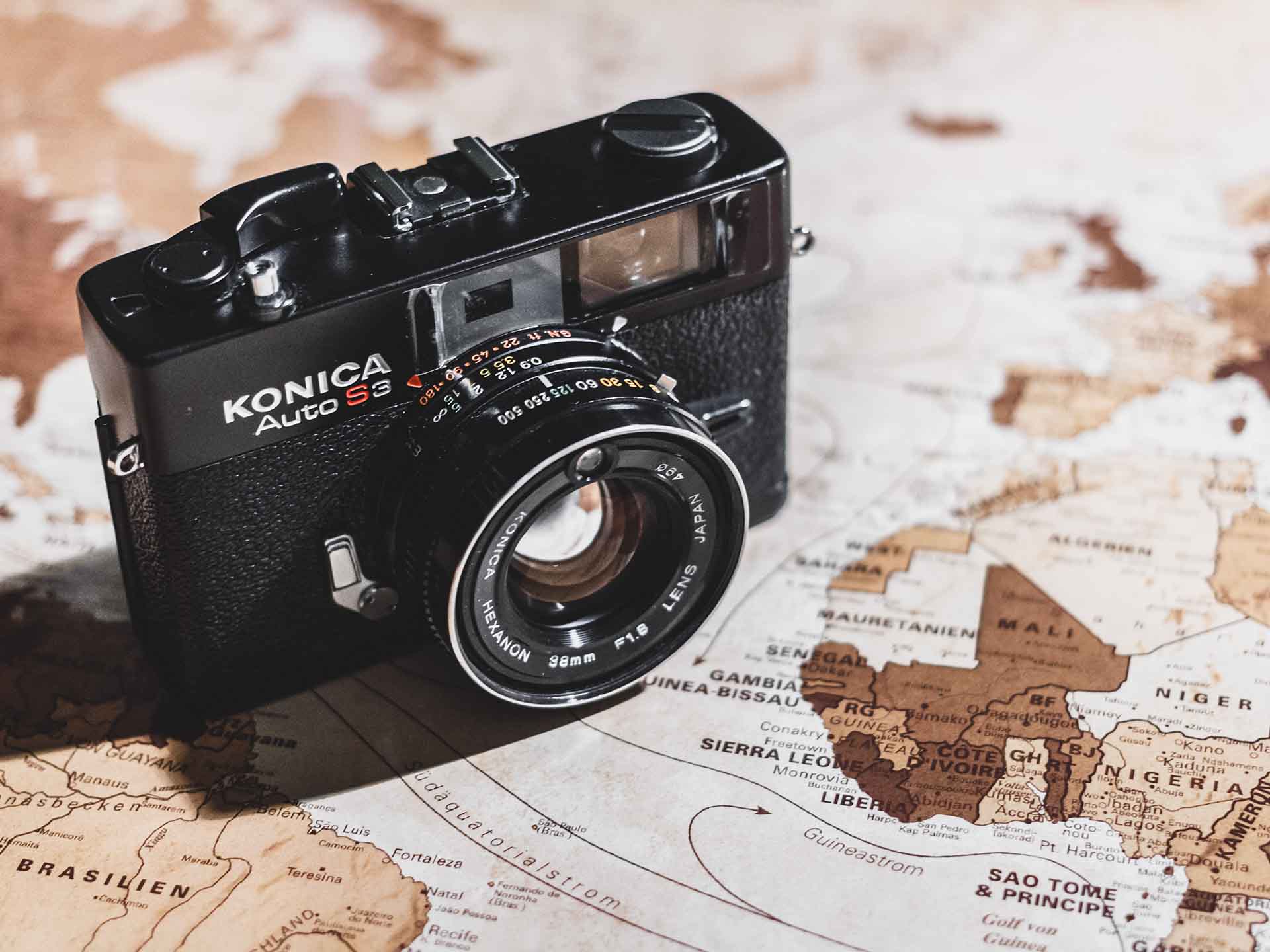 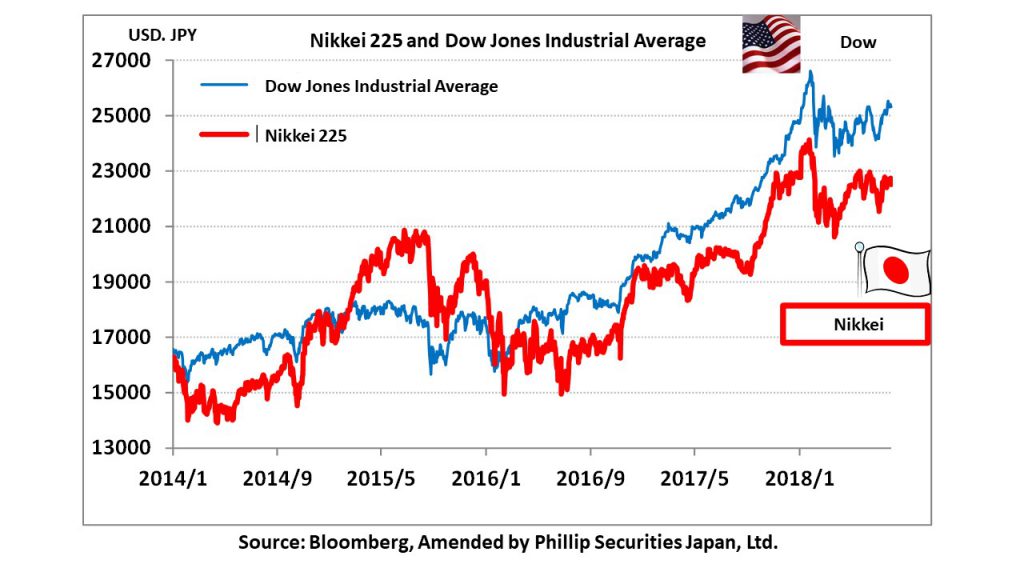 With the extremely hot weather striking the Japanese archipelago, corporate earnings releases of major companies are at their peak.  Indeed, the market is getting hot, what with Apple (AAPL) achieving market capitalization of 1 trillion dollars.  The US is showing strong economic performance, with GDP for the April-June quarter increasing by 4.1%.  At the same time, monetary policy tweaks by the BOJ is also making strong impact on interest rate and forex movements.  However, hardline US trade policy against China has thrown cold water onto the market, affecting Japanese stock movements.

While refraining from the Beidaihe meeting where important matters are usually informally discussed, and with trade pressures from the US in mind, the meeting of the Political Bureau of the Central Committee of the CPC chaired by President Xi Jinping decided on a policy to prop up the economy through proactive fiscal policies in the second half of 2018.  The plan is apparently to expand public investment such as rural infrastructure improvement.  Monetary policy seems to be aiming for maintenance of reasonable adequate liquidity, and moving towards monetary easing.  On the working level, US Treasury Secretary Mnuchin and Chinese Vice Premier Liu He are leading the trade negotiations.  At the same time, some US officials and corporate executives have requested Chinese officials to get Vice President Wang Qishan to visit the US for negotiations so as to resolve the trade friction. Since the 1990s, he has been interacting with many US stakeholders both as a banker and a senior government official, and is well looked upon by the financial and political circles in the US. For the time being, the progress of trade negotiations will be a factor influencing market fluctuations.

Although the outlook is uncertain, companies such as Konica Minolta (4902), Sony (6758) and Tokyo Electron (8035) have either announced good results for the period from April-June, or adjusted their full-year performance upwards.  Good progress towards full-year performance had also been confirmed for Mitsubishi Corporation (8058) and Mitsubishi UFJFG (8306).   We need to identify investment targets including expected PER levels. 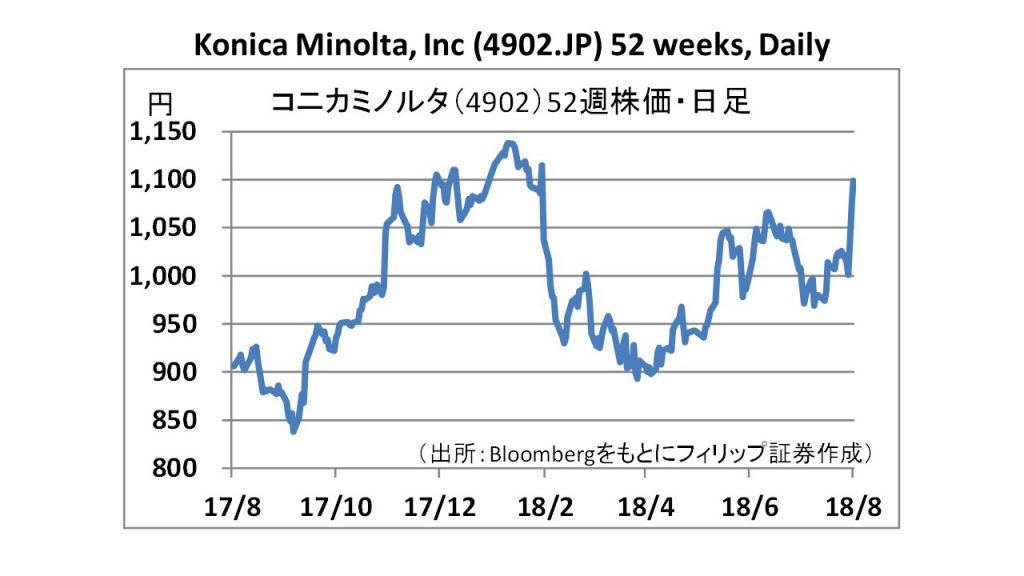 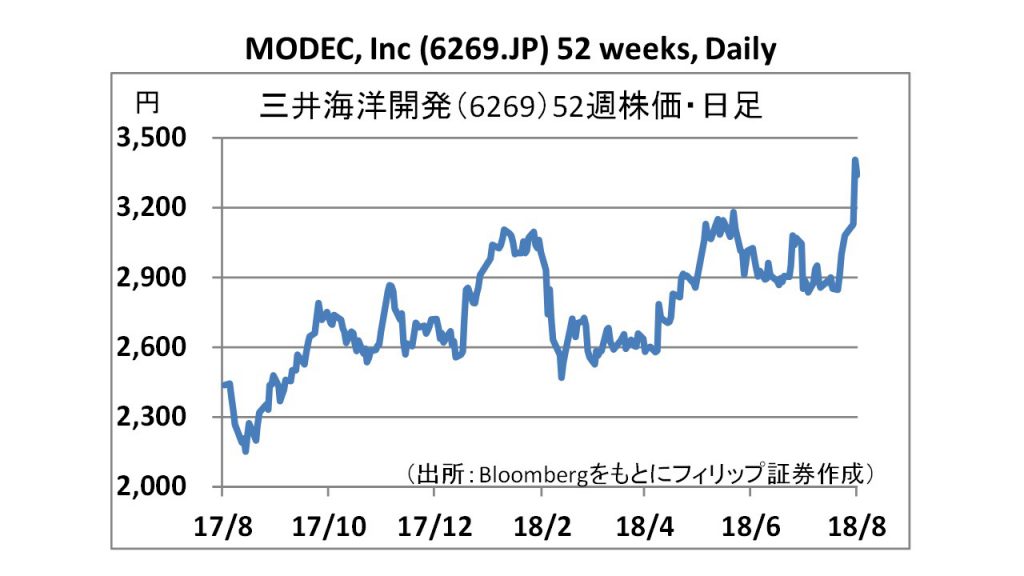 ・Founded in 1968.  Core business includes design, construction, installation, leasing and operation servicing of floating marine oil and gas production facilities such as FPSO, FSO, TLP and semi-submersibles.  Providing total service relating to marine oil and gas exploration projects to petroleum exploration companies around the world.  Has No.2 global share of the FPSO business.