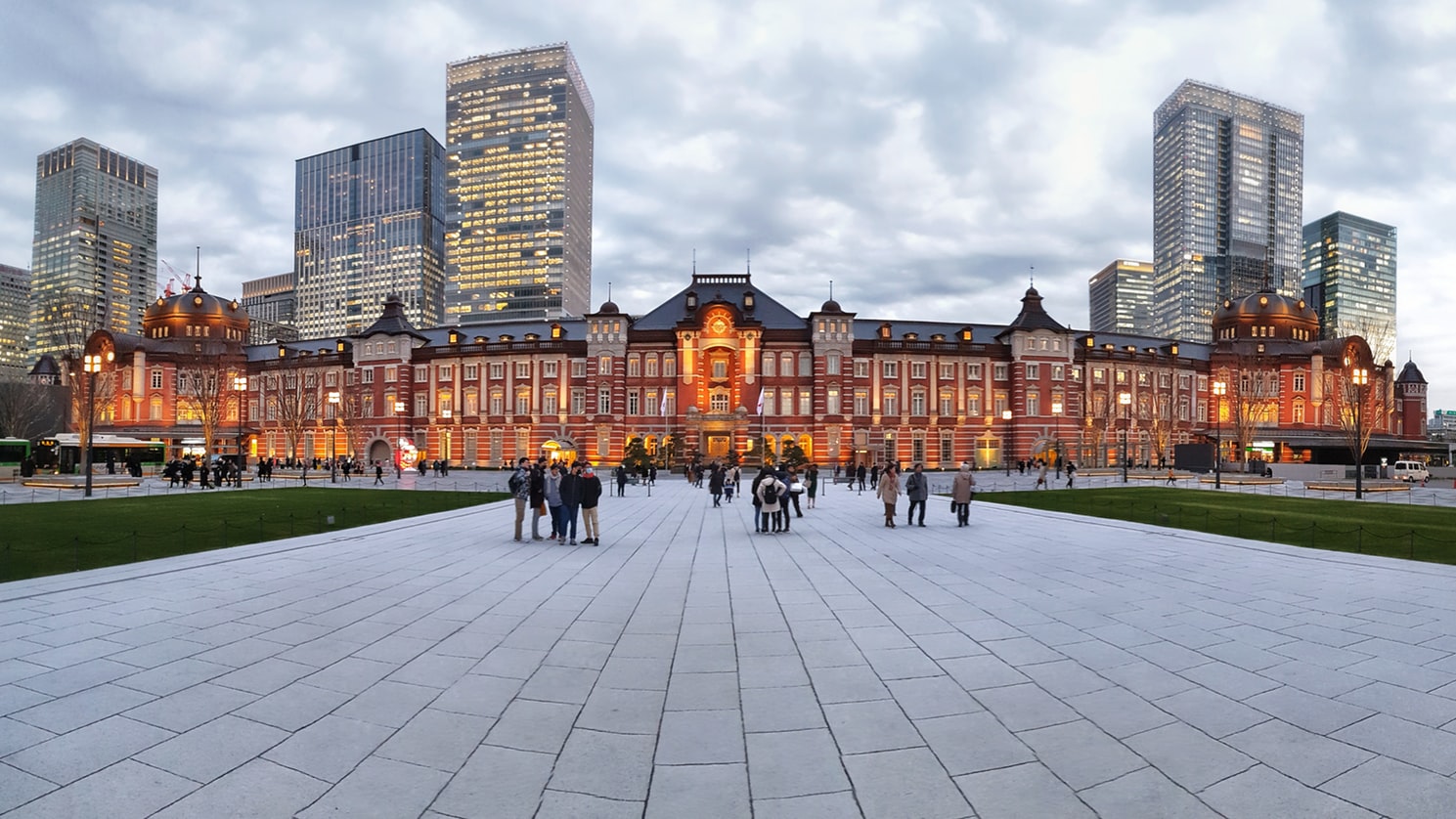 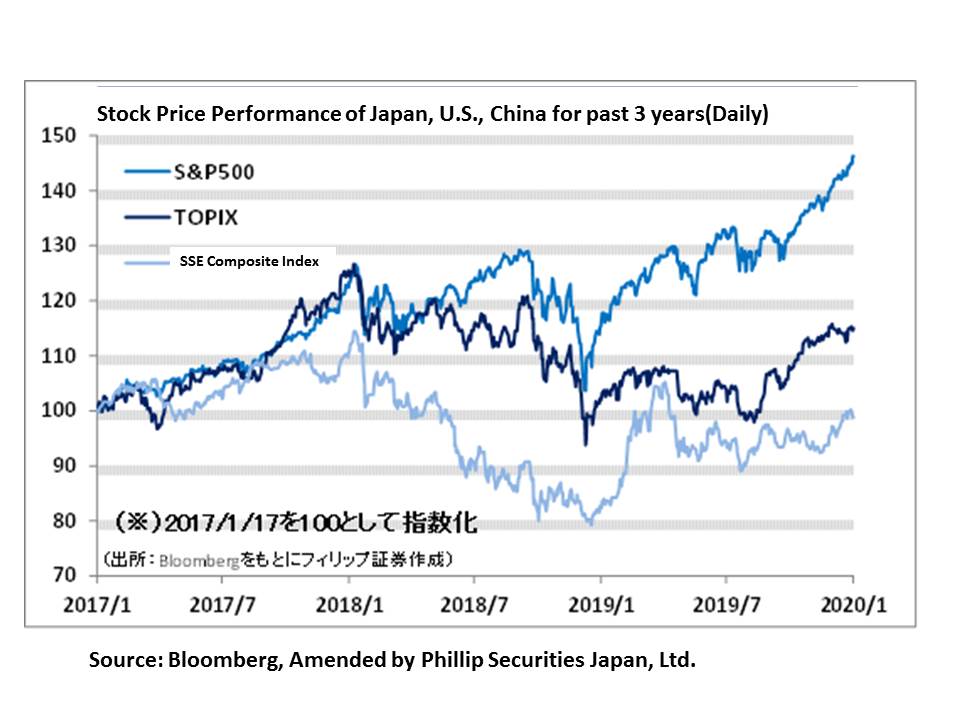 Ahead of the signing of the US-China Phase 1 trade deal, the US announced that it would remove the “currency manipulator” label from China, and as a result of expectations on improvements on US-China relations, the Japanese stock market during the week of 14/1 began with strong buying.  Since the announcement of financial results of Japanese companies fall between the end of the Sept-Nov period and the beginning of the Oct-Dec period, the latest market developments are not due to Japanese stock-specific factors.  Instead, the market was influenced by arbitrage trading between spot and futures trades related to the Nikkei 225 index, and as a result, market developments were affected by stocks with high contributions to the index.  On top of that, buying of stocks supplying parts to Apple’s (AAPL) iPhone has continued to be prominent.

The World Meteorological Organization announced on 15/1 that the world’s average temperature in 2019 was the second highest in the history of observations, thereby confirming the progress of global warming. Looking overseas, we see that in Australia, especially in 2019, the average rainfall had been the lowest in the history of observations, with dry air and average temperature having record highs. Coupled with a record heat wave in Dec, conditions for a disaster were ripe.  As a result, the wild fires that started in 2019/9 showed no signs of abating, and it had been reported that to date, an area equivalent to 30% of the area of Japan had already been burnt. In addition, it was also reported that the huge cloud of smoke arising from the forest fires had caused breathing difficulties in a large number of patients, while the smoke had actually crossed the oceans to reach New Zealand and the South American continent.

It is said that rising average temperatures increase the frequency of floods and droughts. Both poor water hygiene after floods, and poor sanitation as a result of inability to use water lead to the possibility of epidemics.  In Dec last year, pneumonia caused by a new virus infection happened in Wuhan, China, and infected patients had also been found in Japan. With regard to the ASF (African Swine Fever) that happened last year, China had been forced to cull large numbers of pigs. The resulting decline in pork supply had led to price increases and impacted the economy enough to shift the trends in global grain and vegetable oil prices. The US-China Phase 1 trade deal may therefore have been driven in part by the need for China to purchase agricultural products in stable and large quantities.

In Japan, a national project, the “Japan Technological Research Association of Artificial Photosynthetic Chemical Process (ARPChem)”, was launched in 2012 aiming to convert CO2 and water into carbon compounds using sunlight. Executive Officer Setoyama of Mitsubishi Chemical Holdings (4188) is in charge as the project leader.  In addition, Toshiba (6502) is also aiming to solve problems using its unique approaches. We can look forward to progress on the part of both parties in the near future. 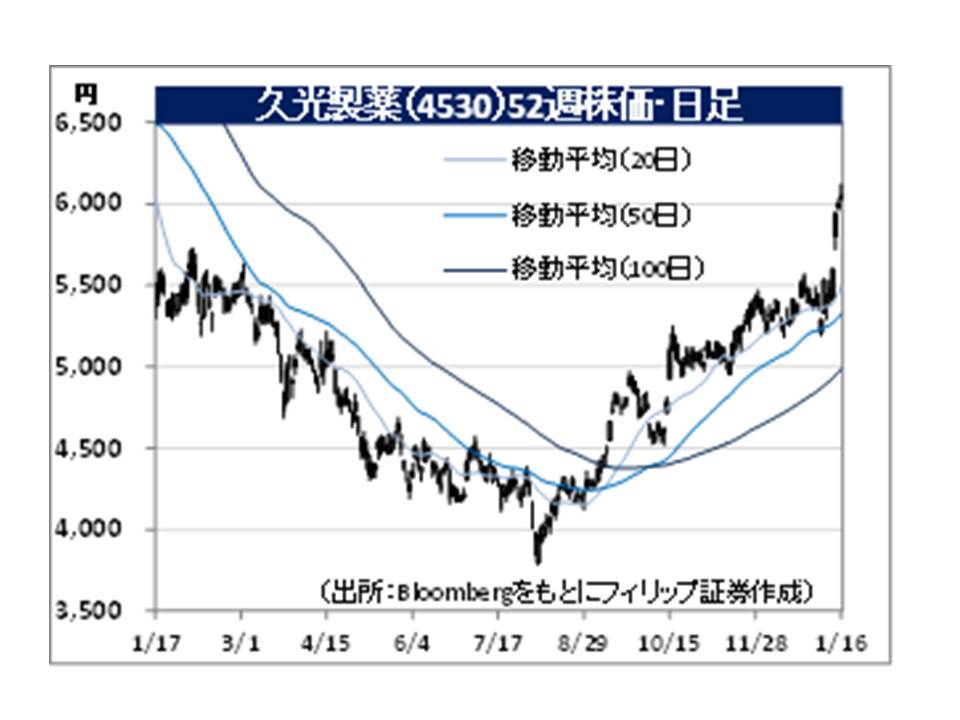 ・Founded in 1847. Manufactures, sells, imports and exports pharmaceuticals and quasi-drugs.  “SALONPAS” has been registered as a trademark in more than 100 countries and regions.  Focusing on development of patches based on transdermal drug delivery systems.

・For 3Q (Mar-Nov) results of FY2020/2, net sales decreased by 3.4% to 99.078 billion yen compared to the same period the previous year, and operating income increased by 15.4% to 18.417 billion yen.   Sales declined due to the impact of generics in the US ethical drug business and intensified competition in the domestic ethical drug business. However, improvements in the cost of sales ratio and decrease in SG&A expenses had contributed to profit growth.

・For its full year plan, net sales is expected to increase by 0.1% to 143.5 billion yen compared to the previous year, and operating income to increase by 2.8% to 22.9 billion yen. Based on its slogan, “Conveying patch treatment culture to the world through patches”, company launched “Haruropi Tape”, a transdermal therapeutic agent for Parkinson’s disease, in Japan in 2019/12.  Demand is expected to increase as tremors in limbs due to ageing become a social problem as the population ages.  The schizophrenia patch approved in the US will be launched in FY2020. 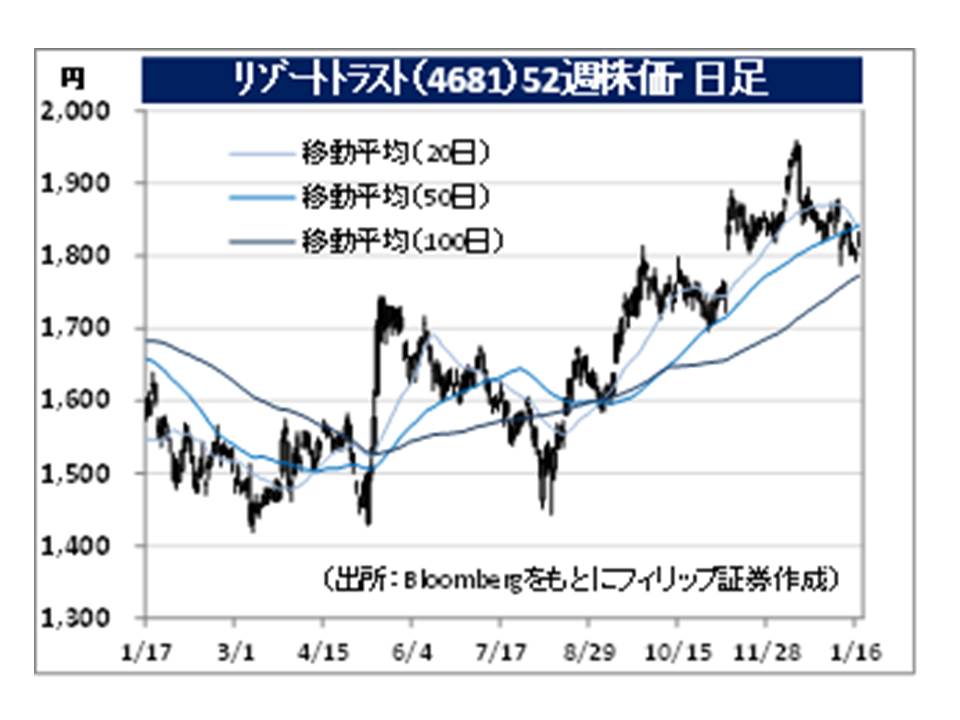 ・Established in 1973 in Nagoya. The company engages in the construction and management of membership hotels and golf courses, the sale of hotel memberships, and the medical business (including the sale of medical memberships and medical consulting).

・For 1H (Apr-Sept) results of FY2020/3 announced on 8/11, net sales increased by 8.9% to 84.197 billion yen compared to the same period the previous year, and operating income increased by 39.9% to 8.501 billion yen.  “Laguna Baycourt Club”, which opened in 2019/3, contributed to the operating revenue of the Hotel & Restaurant Operation, and sales of hotel memberships centered on high-margin properties increased both sales and profits.

・For its full year plan, net sales is expected to decrease by 4.5% to 171.4 billion yen compared to the previous year, and operating income to decrease by 15.2% to 16.0 billion yen.  On 7/12 last year, Chief Cabinet Secretary Suga announced that the government was aiming to establish 50 world-class hotels for wealthy foreigners in various parts of Japan in order to increase the number of foreign visitors to Japan.  In collaboration with its Medical Business, company’s hotel-related business is therefore expected to have the potential to appeal to wealthy foreigners from the perspective of medical tourism.