Japan-Weekly Strategy Report Attention on the Appreciation of the Dollar Against the Yen, Super Apps and Locusts February 25, 2020 216 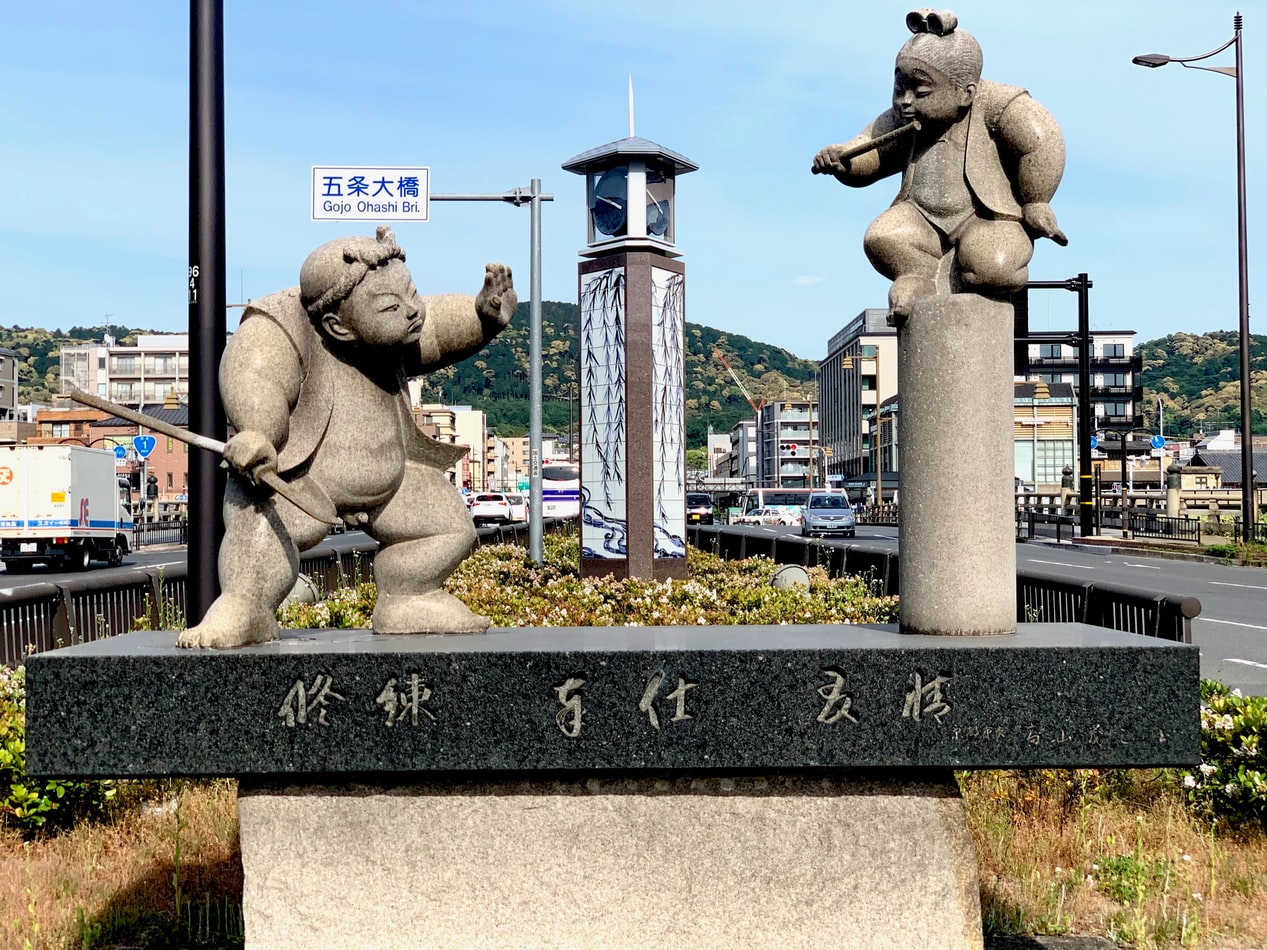 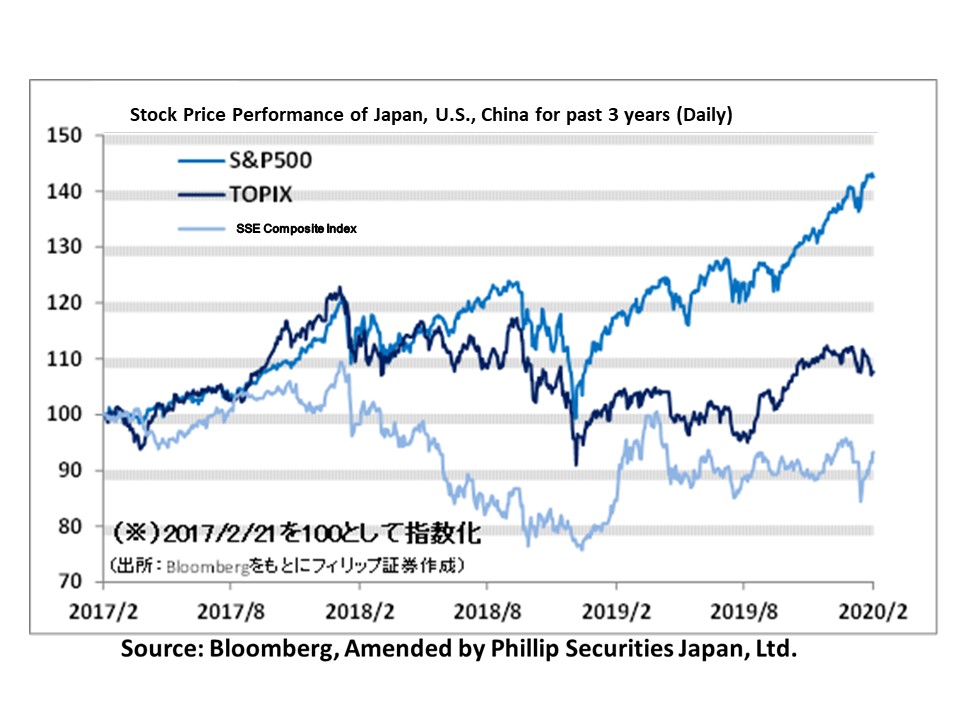 Attention on the Appreciation of the Dollar Against the Yen, Super Apps and Locusts

The dollar/yen exchange rate which had a closing price of 1 dollar to 109.86 yen in the NY stock market on 18/2 started showing movement after the end of the trading hours in Japan on 19/2 and rose sharply on 20/2 to 112.22 yen, which was last seen in Apr 2019. With the novel coronavirus infection spreading worldwide, there are indications of a change in the nature of the yen exchange rate, where the trend in the past was that it would be bought during a risk-off period in the same manner as the price of gold, leading to the yen appreciating against the dollar and the dollar appreciating against the yen during a risk-on period. Although this could be due to the supply and demand aspect where a “short squeeze” involving a stop loss occurred during an accumulation of large amounts of dollar selling positions at the 110 yen level, however, real GDP preliminary figures for the FY2019/10-12 period announced on 17/2 at -6.3% at an annualized rate conversion, along with criticism from abroad regarding the Japanese government’s countermeasures for infection on the cruise ship where a mass infection of the novel coronavirus took place, etc. were likely factors which easily led to “Japan selling”. On the other hand, perhaps another major factor was the sudden flow of investment funds to USD buying due to the U.S. economy showing no signs of a fall in pace even after entering February, such as the further increase from January in the Philadelphia Federal Reserve Manufacturing Index and the Federal Reserve Bank of New York’s Empire State Manufacturing Survey for February in the U.S. Although appreciation of the dollar against the yen is generally seen to be a result of a rise in Japanese stocks, despite the sharp appreciation in the dollar against the yen, the Nikkei average fell under 23,500 points after rising to 23,806 points on 20/2.

On 20/2, it was reported that MUFG Bank would be carrying out a capital and business tie-up with Singapore’s biggest ride hailing service Grab, which will invest up to 80 billion yen. It is said that they intend to expand by utilising the customer base of Grab and having joint businesses of financing or insurance via the smartphone app. With the growing importance of “Super Apps”, which offer various lifestyle-related services all in 1 app, we could be seeing manifestations of the sense of danger that businesses will not be able to survive without Super Apps. Grab has been contending with Gojek from Indonesia in the ASEAN region over the supremacy of Super Apps, while in Thailand, a capital business tie-up is being carried out by Siam Commercial Bank with Gojek and Kasikornbank with Grab. Also, in Japan, attention in the future will be on LINE, PayPay and Mercari / Merpay, etc. In addition, it is believed that AEON Mall (8905), which has been expanding across Asia, holds potential in the fintech area from the viewpoint of customer data utilisation.

As a result of unusual weather, there have been occurrences of large swarms of locusts in East Africa, India and Pakistan, which have led to tremendous damage to crops. With risks of climate change becoming apparent, we may have to consider the possibility of a string of unprecedented risks and dangers. 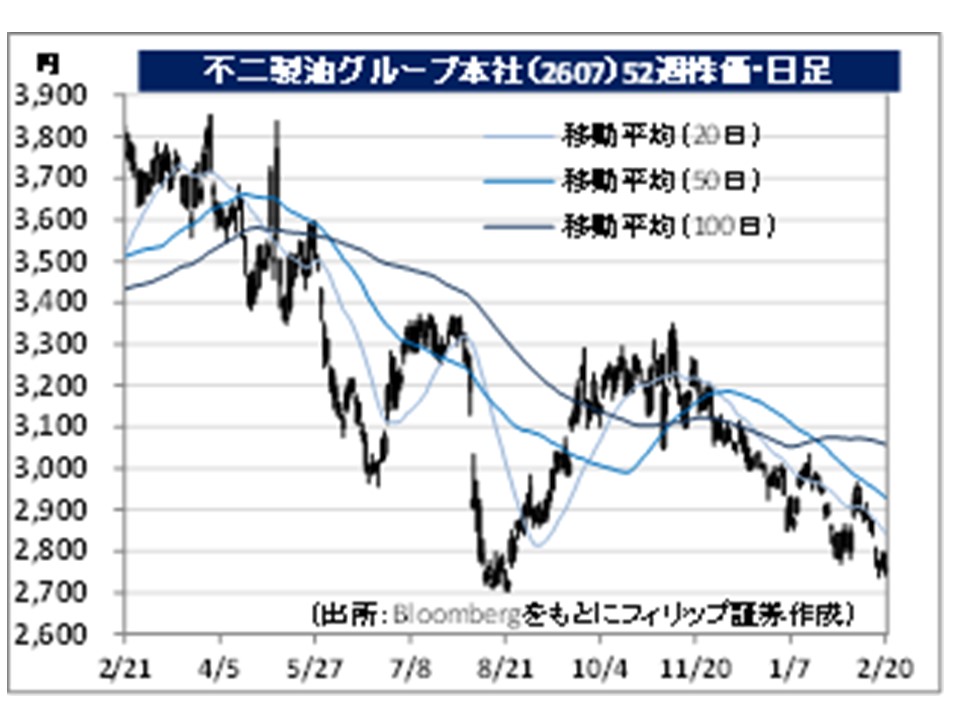 ・Established in 1950 via investment from ITOCHU (8001). Mainly carries out the manufacture and retail of oil and fat products, confectionery and bread making ingredients and products and soybean products. Is recognised for their unique technology such as the development of chocolate which does not stick even when touched.

・For its full year plan, net sales is expected to be 430 billion yen and operating income to be 25.5 billion yen. Rate of change compared to the previous period is undisclosed due to a change in the accounting period of overseas consolidated subsidiaries. In addition to reports that MOS Food Services (8153) is planning to release a 100% plant-based hamburger using a soybean-based meat substitute this summer across Japan as well as major meat manufacturers entering the household plant-based meat market, etc., we can expect growth in the soybean meat market which the company has been focusing their development in. 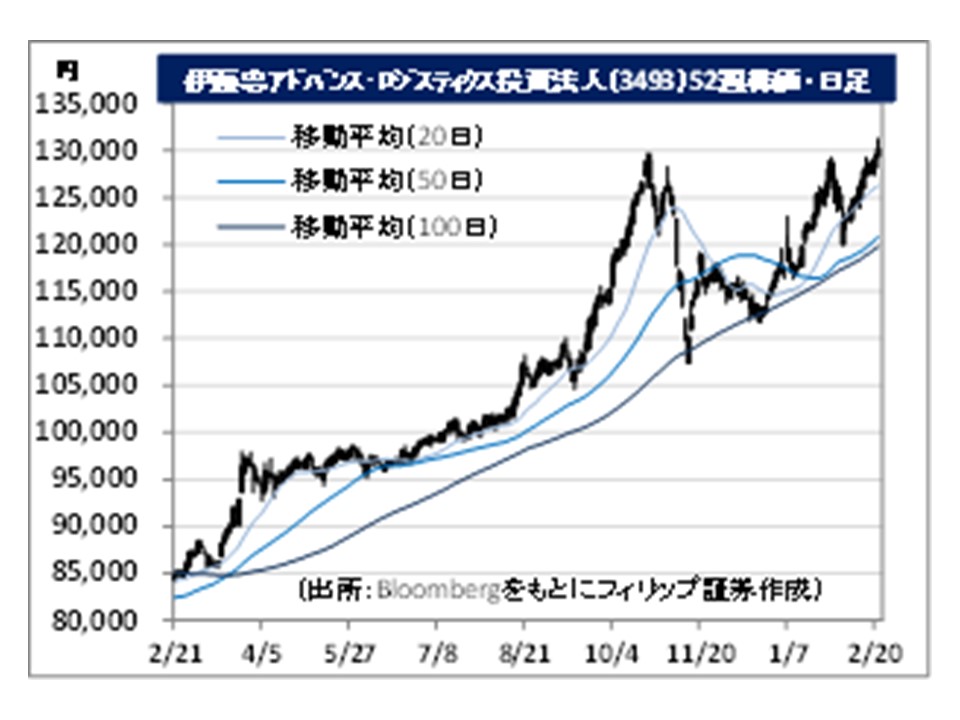 ・Established in May 2018 then listed in Sep 2018. Is a distribution facility REIT sponsoring ITOCHU, which is strong in lifestyle consumption-related businesses that have a high affinity with distribution. Their flagship property is the “i Missions Park Inzai” in Chiba Prefecture.

・For FY2020/1 period, operating revenue increased by 2.7% to 1.764 billion yen compared to the previous period (FY2019/7), operating income increased by 1.5% to 822 million yen and distribution per unit including profit excess increased by 2.4% to 2,366 yen. Predicted annual dividend interest based on the closing price on 20/2 is 3.78%. In addition to having their strength to be stable cash flow from tenants who are mainly clients of ITOCHU Group and the group itself, it is predicted that future expansion of e-commerce will support the demand of distribution facilities.