Japan-Weekly Strategy Report Are These Movements Indicating a Turning Point in the Market? August 20, 2019 437 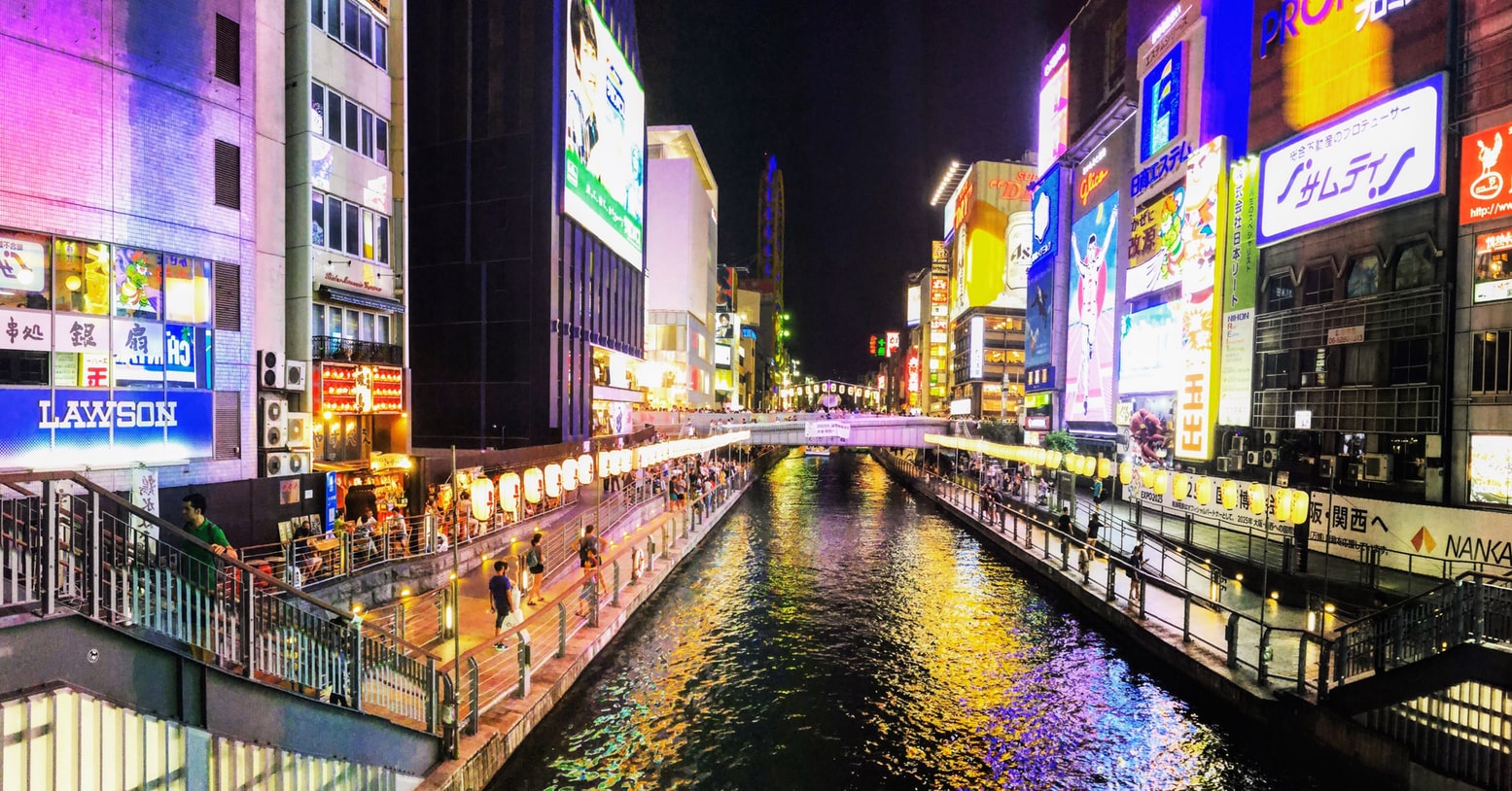 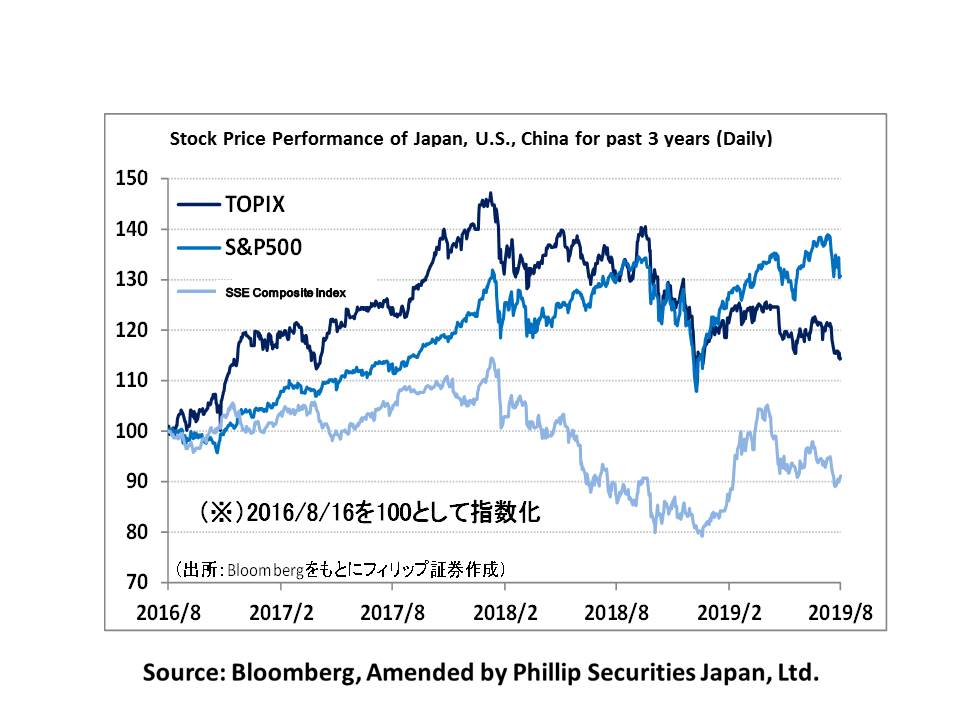 Are These Movements Indicating a Turning Point in the Market?

Japanese stocks in the week of 13/8 were toyed with concerns of an “inverted yield curve” in the US bond market with the 10-year bond yields falling below the 2-year bond yields. Although the US bond yields saw a rapid decline overall due to announcements on 14/8 such as China’s economic indicators for July (retail sales, industrial production, etc.) and Germany’s Apr-Jun term GDP remaining stagnant, etc., on 14/8, the US bond market saw the materialization of the same “inverted yield curve” last seen 12 years ago in 2007. Taking this as a signal for an approaching recession in the near future based on past experience, the NY Dow plummeted and marked the low price of 25,339 points on 15/8 (from the high price of 26,413 points on 9/8), which also influenced Japanese stocks with the Nikkei average plunging from the high price of 20,782 points on 9/8 and marking the low of 20,184 points on 15/8.

In addition, despite sluggish investment intent in semiconductor facilities due to the US-China friction dragging out, there are firm predictions that inventory adjustments of semiconductor memory will proceed ahead of schedule from late July onwards. While the trend of decreasing selling balance and increasing buying balance continues, in particular, we can expect the return market of semiconductor-related stocks with “a greater selling balance” and a margin balance ratio far under 1.0 times.

Furthermore, towards the approaching 5G era, with preparations of “digital twins”, which collect data in real-time from physical spaces, such as manufacturing sites and business bases, and simulate them as digital information in virtual space, in the future, there will be attention on “IoT platforms”, which will promote a business reform in the manufacturing industry. There is a need to pay attention to IoT-related platform trends such as, Hitachi (6501)’s “Lumada”, Mitsubishi Electric (6503)’s “Edgecross” based on their “FA-IT Open Platform Concept”, and FANUC (6954)’s “FIELD system”, etc. 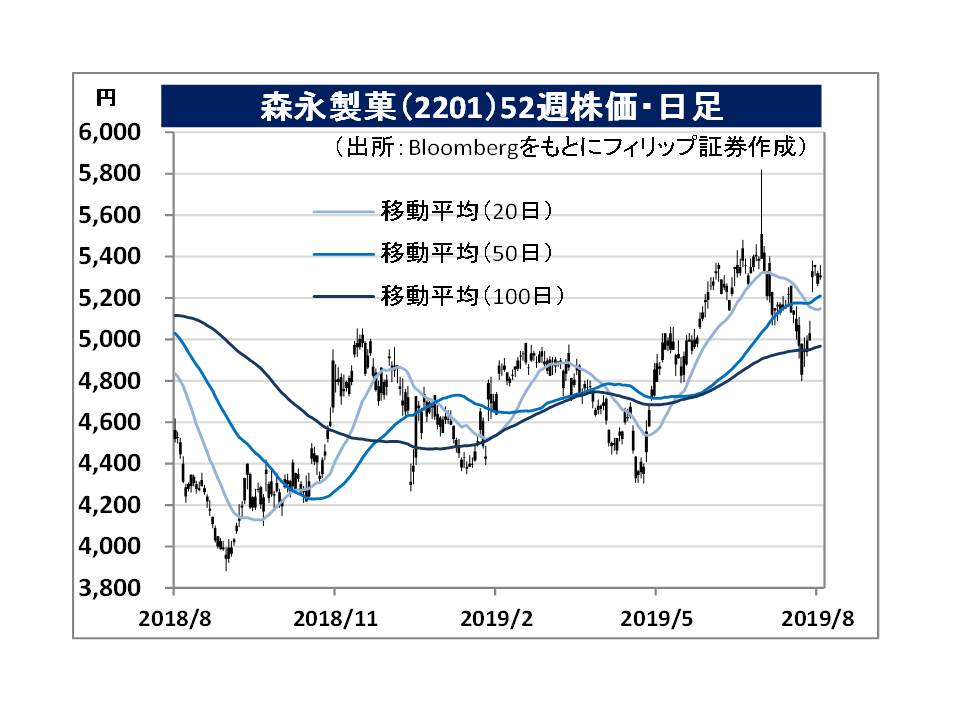 ・For 1Q (Apr-Jun) results of FY2020/3 announced on 9/8, net sales increased by 4.3% to 52.43 billion yen compared to the same period the previous year, operating income increased by 21.8% to 6.177 billion yen, and net income increased by 52.7% to 4.455 billion yen. In addition to the increase in sales of popular chocolate products with a high cocoa content, etc. such as “Carré de chocolat”, “HI-CHEW” has also grown due to a diversification in their packaging form. An improvement in cost rate has also contributed. ・Founded in Nagoya in 1983. Expands 135 only directly-managed restaurants in Tokyo, Osaka and Kyoto prefecture, and 9 other prefectures. Uses mainly Australian beef in their steaks and hamburger steaks. Their style of offering it together with a salad bar buffet is popular.

・For 1H (Jan-Jun) results of FY2019/12 announced on 16/7, net sales decreased by 0.1% to 11.145 billion yen compared to the same period the previous year, and operating income decreased by 17.4% to 1.168 billion yen. Revising their course in rapid outlet expansion to a policy that focuses on profitability, by closing 2 outlets after opening 2 new outlets, along with the 9.5% decrease in net sales of existing stores have affected and resulted in a decrease in income and profit.

・For FY2019/12 plan, net sales is expected to increase by 4.8% to 23.5 billion yen compared to the previous year, and operating income to decrease by 6.4% to 2.43 billion yen. As all outlets are directly-managed, in order to go back to expanding outlets, there is a need to strengthen employee training of new staff which requires time. As a reinforcement measure for their existing outlets, their first investment in the “super thick-cut aged sirloin steak” from Uruguay in chain restaurants nationwide in 5/2019 have been selling very well. We can expect further reform in their existing outlets.