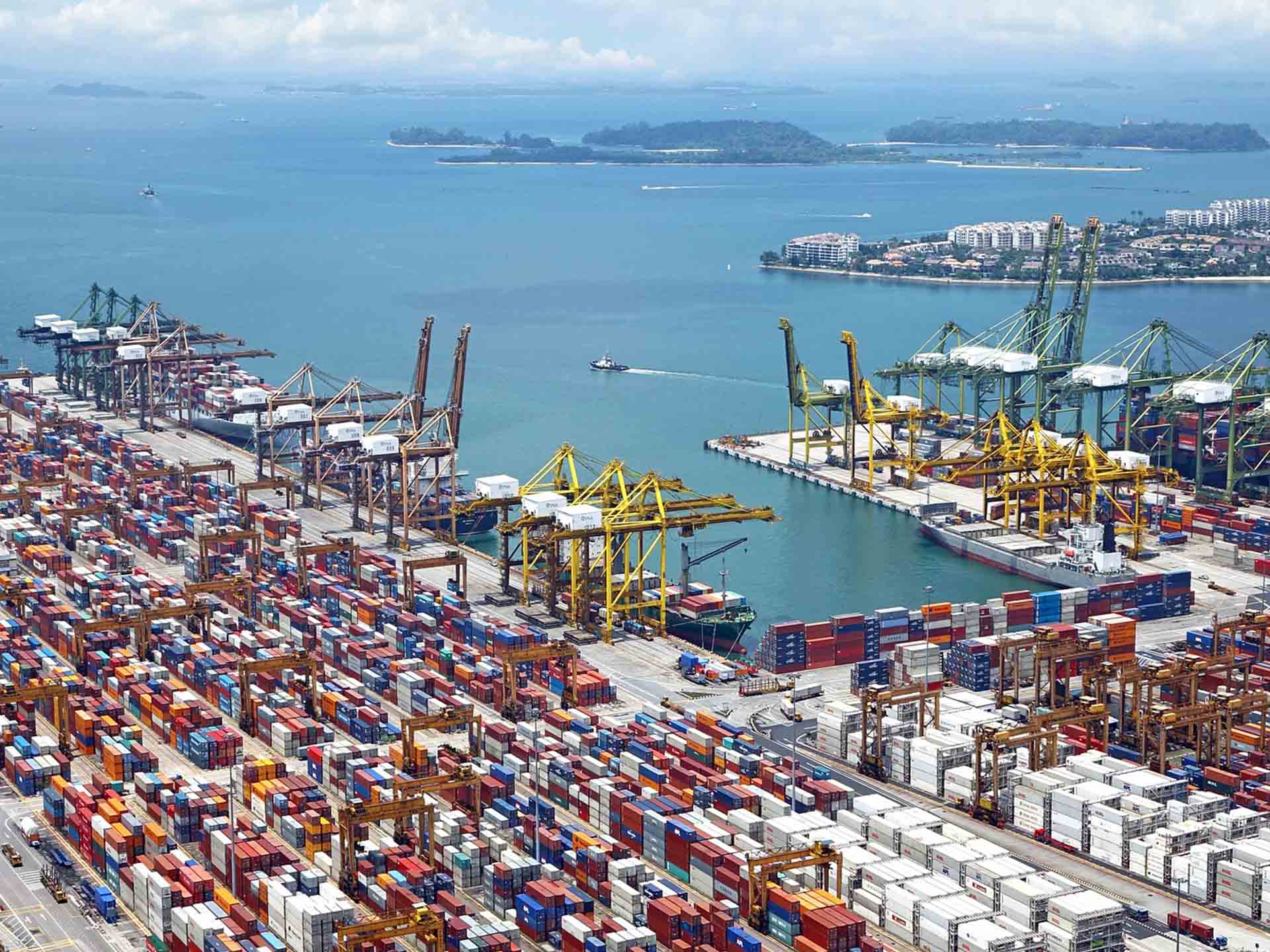 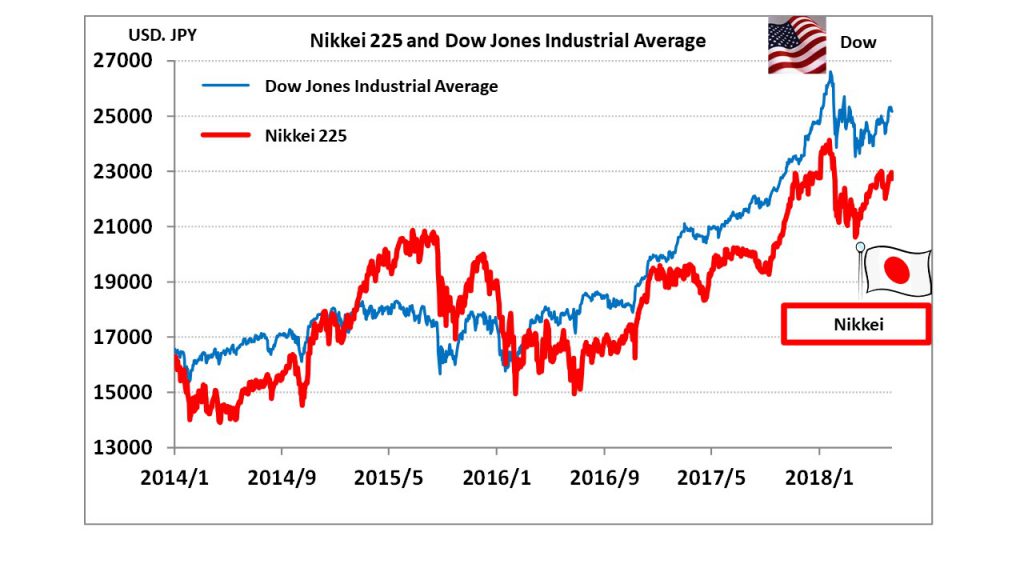 The US warned of the application of tariffs on Chinese products with a total value of US$450 billion, which is almost the majority of Chinese exports to the US. From July 6, the US plans to invoke tariffs on 818 items such as China’s industrial robots, electronic parts and cars, which is equivalent to US$34 billion worth of trade. A public hearing to be held on July 24 may see another 284 items equivalent to US$16 billion added from the high priority “Made in China 2025” cluster, such as chemical products, optical fiber, measuring equipment, manufacturing equipment for electronic parts, agricultural machinery, other industrial machinery, and railroads. The US is increasingly criticizing the strategic “Made in China 2025” high-tech industry cluster which China is fostering with huge subsidies.

Meanwhile, China cancelled its plan to increase imports by US$70 billion (7.7 trillion yen) of agricultural products and energy from the US and announced 25% tariffs on 659 items including those items. On Jul 6, China plans to impose tariffs on 545 items including soybeans, beef, pork, chicken, oranges, whiskey, tobacco and cars (including EV) which are worth US$34 billion out of the total US$50 billion effected, and then consider when to activate tariffs on the remaining 114 items including crude oil, natural gas, coal, ethylene and medical instruments, equivalent to US$16 billion. As China accounts for 60% of the exports of US soybeans, the damage to the US may not be small.

The EU, from Jun 22, imposed retaliatory 25% tariffs on EUR2.8 billion (360 billion yen) of products including steel/aluminum products, agricultural products such as corn and peanuts, bourbon, jeans, motorcycles and so on. Daimler AG announced a downwards revision of its forecast business performance against a backdrop of further US-China trade friction. President Trump’s approval rating has risen to 45%, its highest level since right after the election, and the strong trade policy will probably continue. The stock selection focuses on domestic stocks with good performance, but also picked up trading companies due to the stabilization of crude oil prices, PER and dividend yield level. 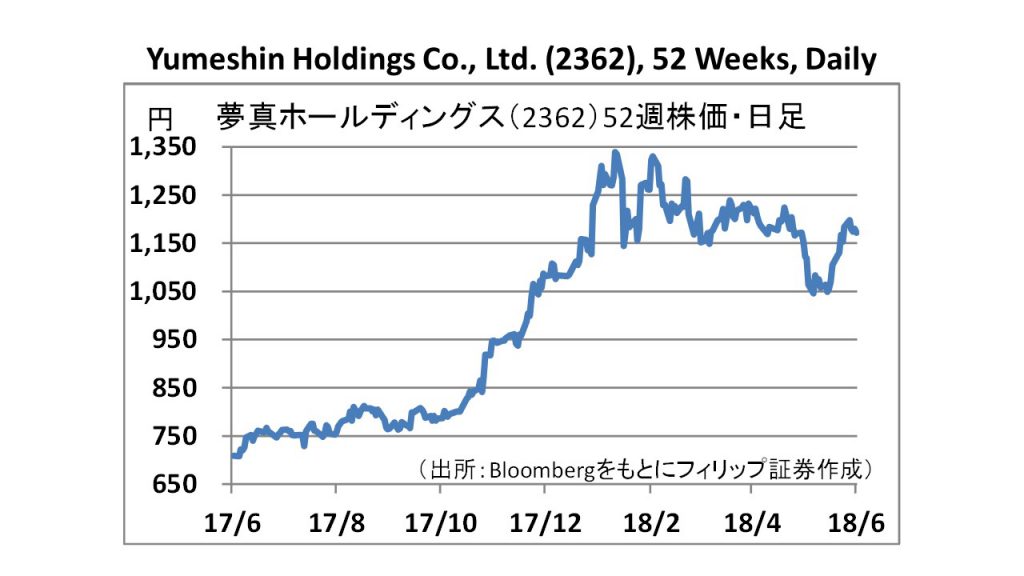 · For 2019/9 full year forecasts, sales is expected to increase by 27.8% to 39 billion yen, operating income to increase by 90.5% to 4.5 billion yen, and net income to double to 2.9 billion yen as compared to the previous year. The earthquake that occurred in Osaka prefecture on June 18 exposes the aging of urban infrastructure as seen in damaged water pipes. There may be a higher demand for adopting earthquake proof technology, maintenance and repair work. · Established in 2007. The company engages in property management, lease brokerage agency services and investment business. Its core business is to provide housing for singles in their 20s to 30s through leasing of residential units. It also purchases residential properties below market value, renovates and sells to the general clients.

· In the 3Q (July – March) of 2018/6, sales increased by 66.3% to 16.558 billion yen, operating profit jumped 9 times to 548 million yen, and net income rose 8.7 times to 268 million yen as compared to the same period the previous year. The property management segment expands steadily. Sales and profits increased dramatically due to the gains from Veritas, a real estate development and planning company which was acquired by Ambition Corp in Oct 2017.