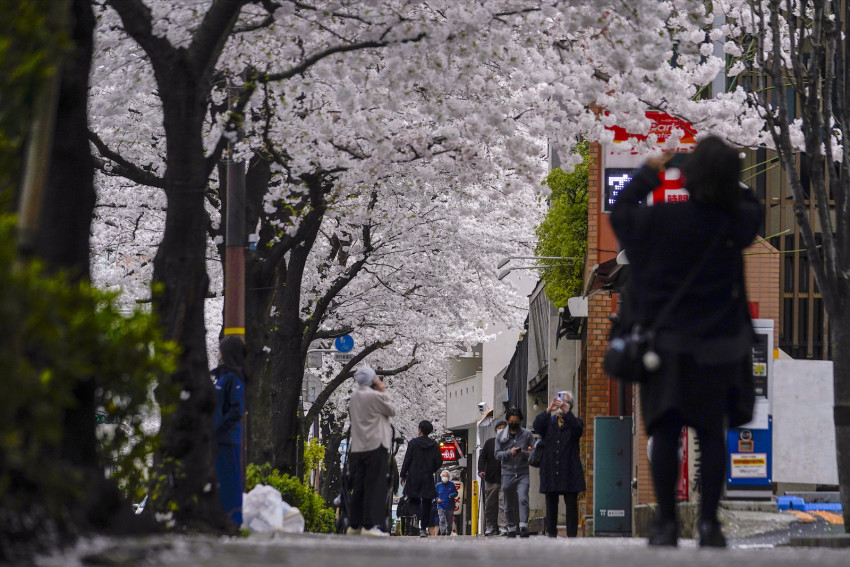 With there being no improvement in the situation involving Russia’s invasion of Ukraine, the Nikkei average reached 8 consecutive white candlesticks up to 15-24/3 (consecutive daily where the closing price is higher than the opening price), which was an increasing price range of 3,657 points in 12 business days from the low of 24,681 points since November 2020 that was marked on the 9th up to 28,338 points on the 25th. This was a strong change last since the record of the increasing price range of 3,841 points in 18 business days between 20/8 to 14/9 last year ahead of the Liberal Democratic Party’s Presidency.

A major factor for this was that various positive circumstances had aligned, such as expectations of economic normalisation after the end of the semi-emergency coronavirus measures to handle COVID-19, an improvement in demand right after the final date involving margin transactions at the high price in September last year, and to receive dividend rights before the end March settlement date. What ought to be highlighted amongst these is the increasing relative appeal of the Japanese stock market that has low inflation and a consistent quantitative easing policy by the Bank of Japan. We can consider the backdrop for it to be the U.S. FRB deciding to increase the interest rate by 0.25 points on 16/3 and an increase in opinions in the market that predict monetary tightening and increased interest rates of a hawkish pace that will greatly exceed the interest rate increases in 3 years from December 2015 the previous round based on the perspective of reinforced inflation curbs. We can say that this is a turn of market events which was mentioned exactly in the “inflation-evasion money Japan buying”, which is perceived to be the biggest factor for a rise in stock prices in the “2022 Stock Market Forecast” in the 27th December 2021 (year-end special) issue of our weekly report.

In actuality, from the perspective of global stock investment, while considering the possibility of European and Chinese stocks having a higher priority as investment targets aside from U.S. stocks, Europe has had a drop in priority based on concerns of losses related to Russia and skyrocketing energy prices following the drawn-out and worsening Ukraine situation. China, which also has expectations of monetary and regulation easing, has gone against global trends of opening borders and ending COVID-19 restrictions that are supported by a decrease in risks of infection severity due to vaccination being commonplace, and is continuing to enforce a strict “zero COVID-19 policy”. Based on delays in economic normalisation, their priority appears to have fallen. Thus, through the method of elimination, it is likely more apt to say that Japan has risen in priority.

In terms of Japanese stocks to buy, we can consider the expectations on those related to inbound demand from economic resumption which follow the “opening of Japan”; those related to plants, such as natural gases, energy and fertilisers, etc. which will be recipients of the demand involving alternatives from exiting Russia; the call on stable power supply, such as the resumption of operation of nuclear power due to a cut in thermal power from the earthquake that had its epicentre in offshore Fukushima; and those related to nuclear bomb shelter works as a result of North Korea’s ICBM (intercontinental ballistic missile) firing tests. Also, with regard to the Revision on the Law Concerning the Preservation of National Tax Records in Electronic Form (with a 2-year grace period) enforced in January this year, an increase in demand is also expected for cloud accounting software companies, such as OBIC Business Consultants (4733), which was covered in last week’s “Selected Stocks”.

・A PC software, smartphone app and hardware development and retail corporation that established in 1996. In addition to their mainstay machine translation “Pocketalk”, they are famous for the “ZERO” series security measures software and postcard software, such as “Fudemame” and “Fudeo”.

・For 9M (Apr-Dec) results of FY2022/3 announced on 14/2, net sales decreased by 18.0% to 7.8 billion yen compared to the same period the previous year and operating income fell into a deficit from 446 million yen the same period last year to (920) million yen. For their mainstay Pocketalk, despite a 3.5 times increase in retail units in the U.S., an extinguished demand for inbound business operators and foreign travellers in Japan following the COVID-19 disaster have affected.

・Company revised its full year plan downwards. Net sales is expected to decrease by 18.4% to 10.492 billion yen compared to the previous year (original plan 15.05 billion yen) and operating income to fall into a deficit from 540 million yen the previous year to (1.769) billion yen (original plan +104 million yen). Although there has been a revision to their original plan of a recovery in inbound and overseas travel demand from December onwards, their policy is to strengthen development investment. With inbound demand recovery holding the key to business performance, they launched “Pocketalk Subtitles” in September last year, which instantaneously translates and displays in remote meetings.

・For 9M (Apr-Dec) results of FY2022/3 announced on 7/2, net sales increased by 5.2% to 147.041 billion yen compared to the same period the previous year and operating income increased by 15.9% to 10.13 billion yen. In addition to sustained recovery in facility investment focusing on home appliances and electric vehicles (EV) in the industrial machines business, it has performed strongly for the most part in the processed materials and engineering business, such as sustained stable demand in cast and forged steel products.

・Company revised its full year plan downwards on 22/3. Net sales is expected to increase by 9.0% to 216 billion yen compared to the previous year (original plan 216 billion yen) and operating income to increase by 46.7% to 15 billion yen (original plan 16 billion yen). Impact from the semiconductor supply shortage and a delay in facility investment recovery in the automobile field is predicted. On the other hand, annual dividend has increased by 20 yen to 55 yen (original plan 45 yen). The company’s cast and forged steel products boast a staggering share in nuclear reactor pressure vessels, and they are expected to benefit during the resumption of operation of nuclear power.