Japan Weekly Strategy Report – Advancing to the next stage with regular profit-taking! September 25, 2018 1088 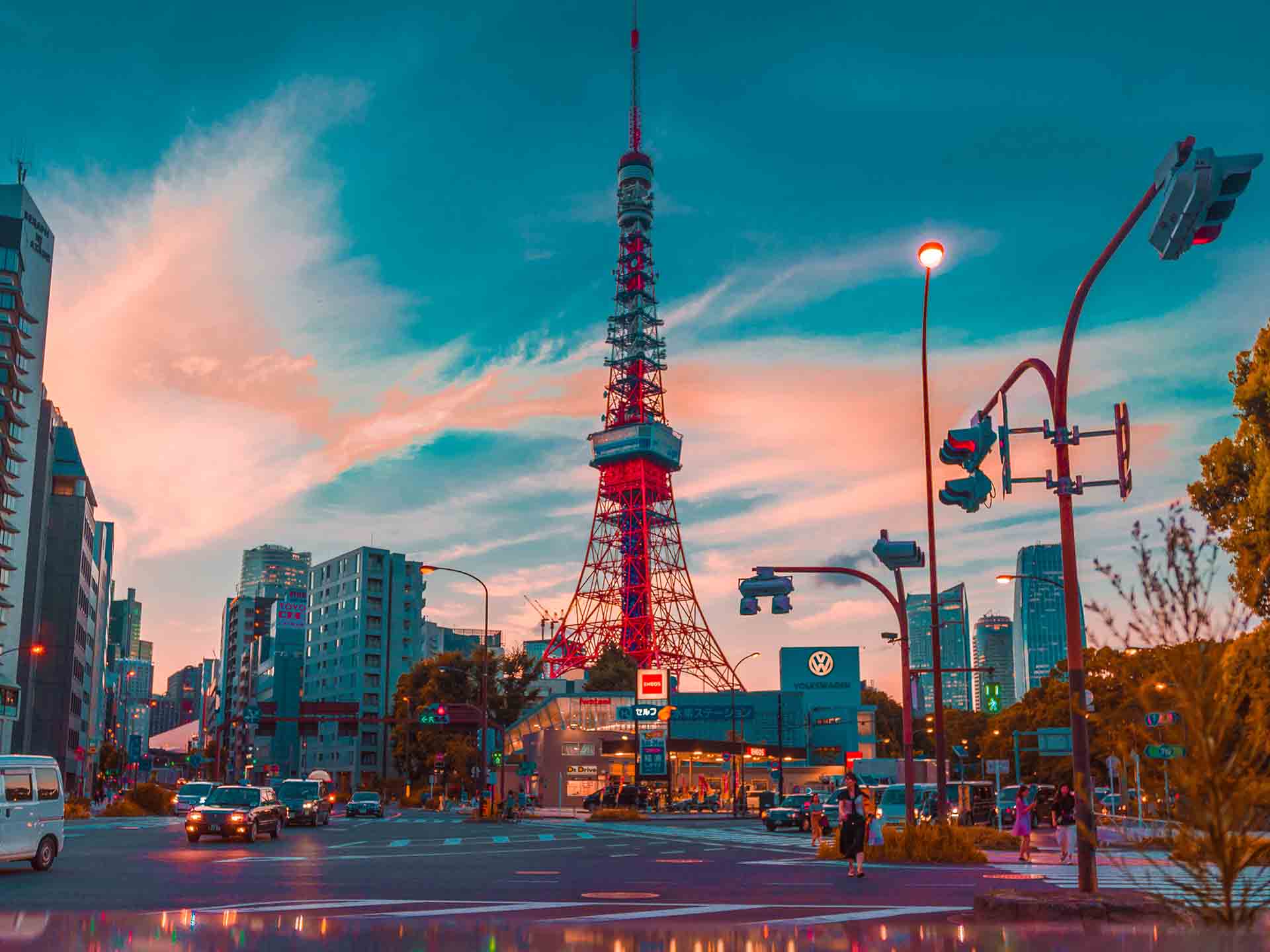 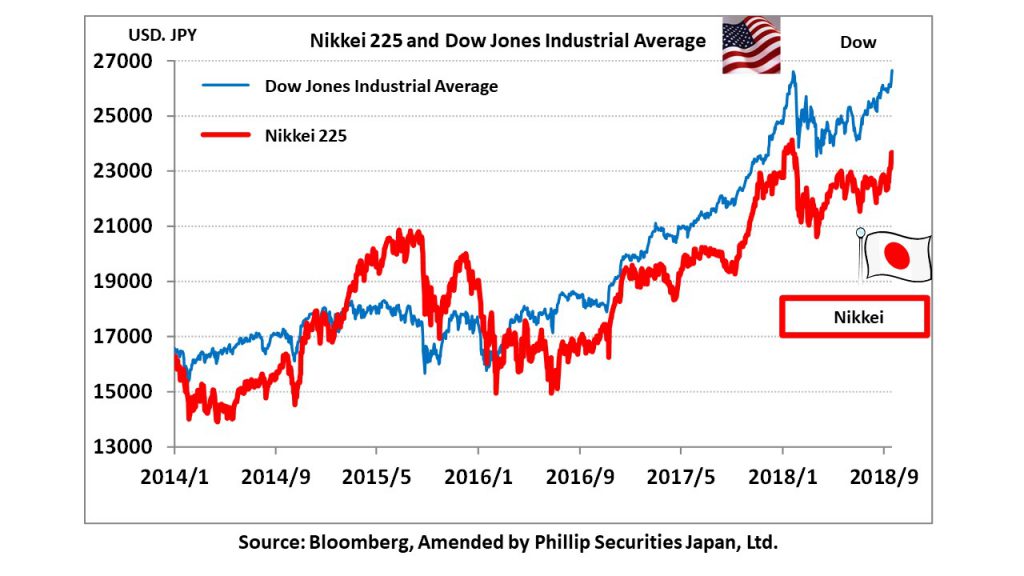 The Trump administration announced that it would invoke the third round of additional tariffs on imported goods from China equivalent to 200 billion dollars on 9/24.  However, the additional tax rate was reduced from the originally expected 25% to 10% for the rest of the year (planning to increase to 25% by year-end).  For the time being, pessimistic scenarios are retreating as pressure on China is expected to be reduced.

Meanwhile, China announced that it would impose retaliatory additional tariffs with effect from 12.01pm on 9/24 on imported goods originating from the US equivalent to 60 billion dollars.  However, China is expected to impose lower additional tax rates on many items such as LNG, compared to those announced on 8/3.  In addition, the Chinese government has raised the rate of reimbursement of export value-added tax for certain items since 9/15.  This appears to be a measure to mitigate the impact of the trade friction on companies exporting from China.

Furthermore, according to some reports, China is planning to lower average tariff rates on imports from most trading partners from October.  This is expected to reduce the burden on Chinese consumers and foreign companies.  While the impact on goods imported from the US is not clear, this action can be considered as an effort by China to open up its market, and also as a move toward relaxation of trade friction.  It seems like a message to maintain the “reform and open-door policy” geared towards both the domestic and overseas audience.   On top of the tariff reduction and with the trade friction with the US intensifying, on 9/19, Premier Li Keqiang said that “the RMB will not be devalued  for the purpose of improved export competitiveness”, denying that there were deliberate manipulations of the forex.   He explained that “unilateral depreciation will only bring more harm rather than benefits to the Chinese economy”.  We believe this is indeed comforting news for market participants.

In the US, the prices of stocks connected with China, such as Caterpillar (CAT), which had suffered sell-offs since the beginning of the year, have lately been rising continuously, and the NY Dow and S&P500 have both been achieving new highs.

Stock prices of Yaskawa Electric (6506), Hitachi Construction Machinery (6305) and Komatsu (6301), which had been heavily sold since the beginning of the year, had also increased sharply.  The Nikkei average had 6 continuous winning streaks as of 9/21, rising 1,265 points (5.6% rise) during the period.  However, this optimistic scenario seems to be losing steam, and there is also a feeling of overheating in the market from the RSI and Up-down ratios.  There is no denying the possibility of negative outcomes from the US-China, US-Canada NAFTA and US-Japan (FFR) trade negotiations.  Consider this as an opportunity to accumulate funds for the assumed upcoming Christmas rally by averaging through investing over different time periods and taking profits regularly from a portion of your portfolio. 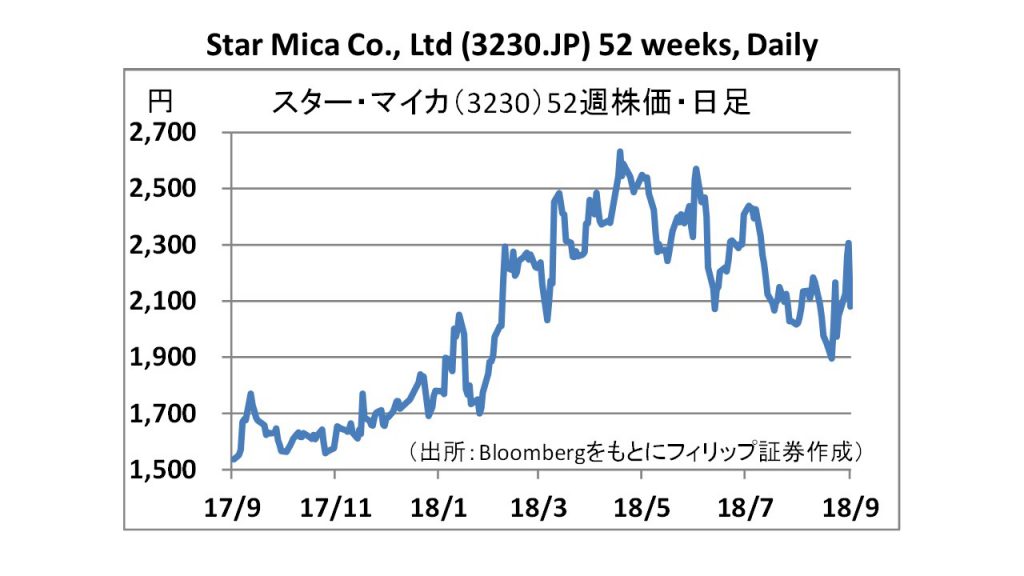 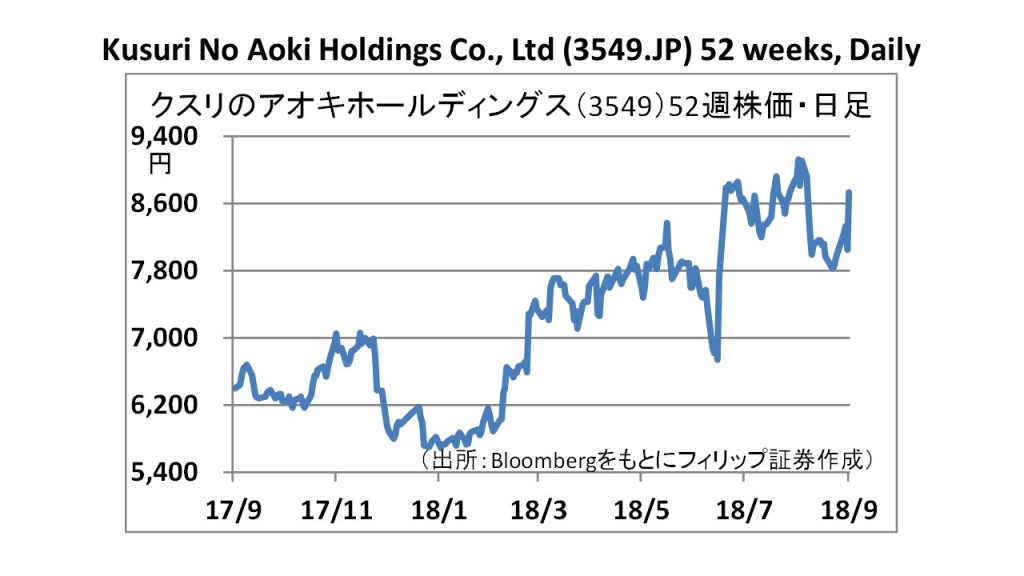 ・Founded in 1869.  Operating drugstore chain, “Kusuri-no-Aoki” and dispensing pharmacies.  While focusing on medicines and cosmetics as core products for the drugstores, company is also providing daily necessities such as everyday sundries, goods and small items of clothing in its emphasis to provide more convenience for consumers.  Besides three prefectures in the Hokuriku region, company also has stores in Shin-Etsu, Kita-Kanto, Tokai and Kinki regions.