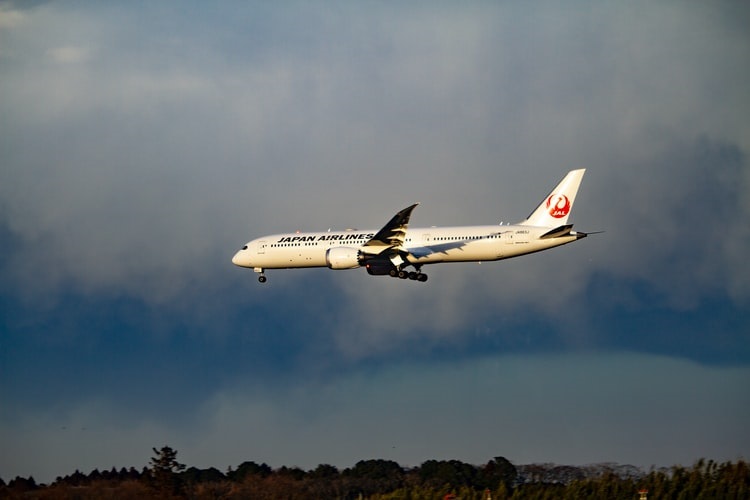 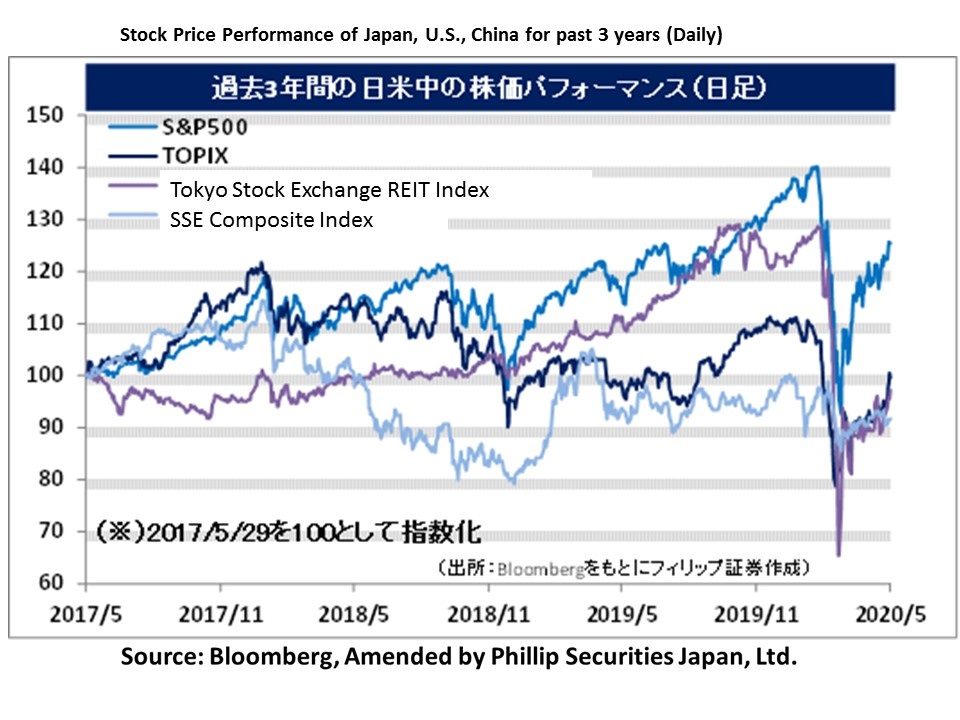 The state of emergency was lifted for all prefectures on 26/5, and on 27/5 the government made a cabinet decision on the secondary supplementary budget with an additional expenditure for this fiscal year’s general accounts amounting to a total of about 32 trillion yen. In response to this, the Nikkei average saw a growing increasing trend from the beginning of the week on 25/5 and closed at the end of the week at 21,877 points, up 1,489 points from the end of last week. As mentioned in the 18th May issue of this weekly report on “A Reevaluation of Japanese Stocks and A New Way of Life”, by sharing the sense of crisis felt by its citizens with regard to the unprecedented crisis of the Japanese economy and the lifestyles of its citizens, the increasing mood of “doing everything possible”, “implementing in large-scale” and “paying out quickly” seems to be reflected in the stock market as well. Also, regarding trends to look out for, as mentioned in the 25th May issue on “Breaking Away From “PBR Shakeup” and Low PBR Stocks”, there have been prominent stock price level adjustments of delayed low PBR stocks in addition to steel stocks.

On 25/5, the government clarified the policy to issue coupons from late July onwards, which can be used for domestic travel and restaurants, and announced ongoing preparations to roll out the “Go To Campaign” nationwide from August, a support measure for the tourism and F&B industry which would include movement extending across prefectures. In response to these movements, stock prices of tourism-related industries greatly affected by the spread of COVID-19, such as Japan Airlines (9201), have performed strongly. In addition to the rise in expectations towards a resumption of economic activities, there has also been increasing activity in rising stock price movements involving COVID-19 treatment / vaccine development. Due to the unfolding of a global neck-to-neck race to develop the vaccine, among biotech ventures, some corporations have seen a short-term increase in their stock prices until the market capitalisation of biotechnology corporations listed on the U.S. NASDAQ balances out.

With good stock market material in an uproar, on 28/5, the up-down ratio (indicator observing the sense of overheating of the market based on the ratio of the number of stocks having a price increase to the number of stocks having a price decrease) of the TSE Section 1 reached 136%, and there are concerns of short-term overheating. In addition, on 28/5, China via the National People’s Congress adopted the policy to enact the “Hong Kong national security law”, which prohibits anti-establishment activities. In response, U.S. President Trump intends to hold a press conference on 29/5, which hints at the possibility of imposing sanctions on China. In response to the U.S. Senate passing the bill that took Chinese corporations into consideration in delisting foreign corporations who refused auditing, there have been simmering observations in the market that China would come up with methods to expose risk to U.S. investors through shares of Chinese corporations listed in the U.S. or debts in U.S. dollar issued by Chinese corporations overseas. However, even if the intensification of the U.S.-China conflict is a source of material to cause a short-term drop in stock prices, perhaps this would encourage the money, etc. of Hong Kong’s wealthy to be directed towards Japanese stocks or Japanese real estate in the mid- and long-term. 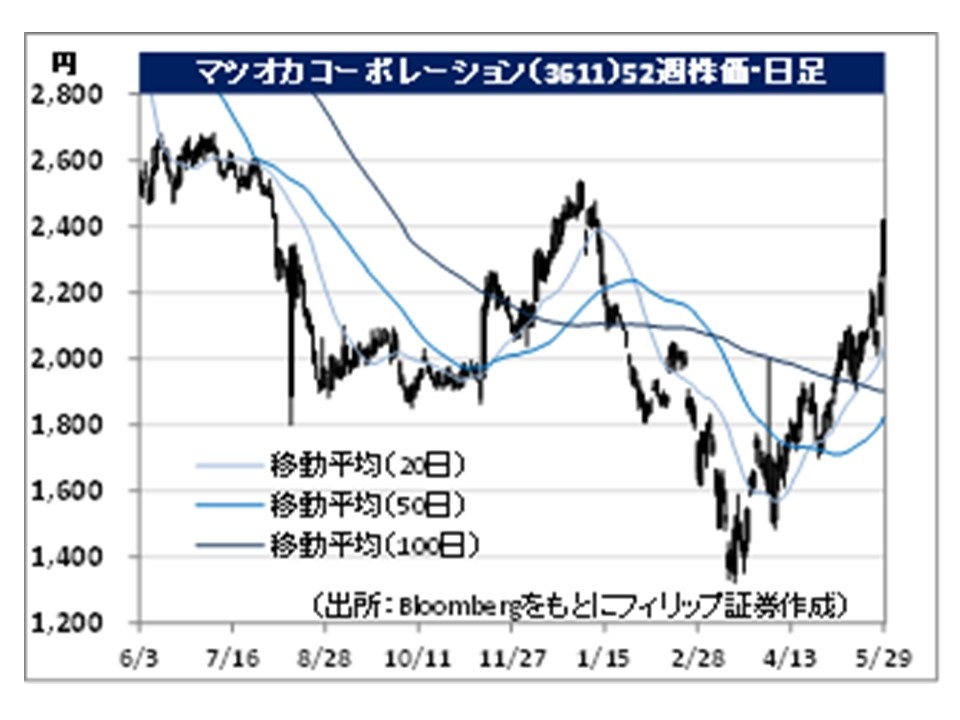 ・Founded in 1956 as Matsuoka Gofukuten (kimono shop). In addition to planning, manufacturing and distribution, the company operates an “Apparel OEM Business” which manufactures clothing under consignor brands by receiving orders from apparel manufacturers, trading companies and mass retailers.

・For FY2020/3 results announced on 22/5, net sales decreased by 9.9% to 57.112 billion yen compared to the previous year and operating income decreased by 22.6% to 2.603 billion yen. Despite an increase in orders received mainly in casual wear for major SPA in the latter half, changes to the distribution policies of clients and production adjustments in the apparel industry following climate factors in the first half have affected, which lead to a decrease in sales and income.

・Their FY2021/3 plan is undecided due to uncertain effects from the spread of COVID-19. Company was chosen as one of the 5 suppliers for the cloth masks currently being distributed by the government, and the absence of problems faced in their collection has raised their rating. In addition, UNIQLO, which is under Fast Retailing (9983), will enter the mask business this summer, and the production and retail of cloth masks made from breathable material which prevent stuffiness when worn is also likely to benefit the company’s performance. 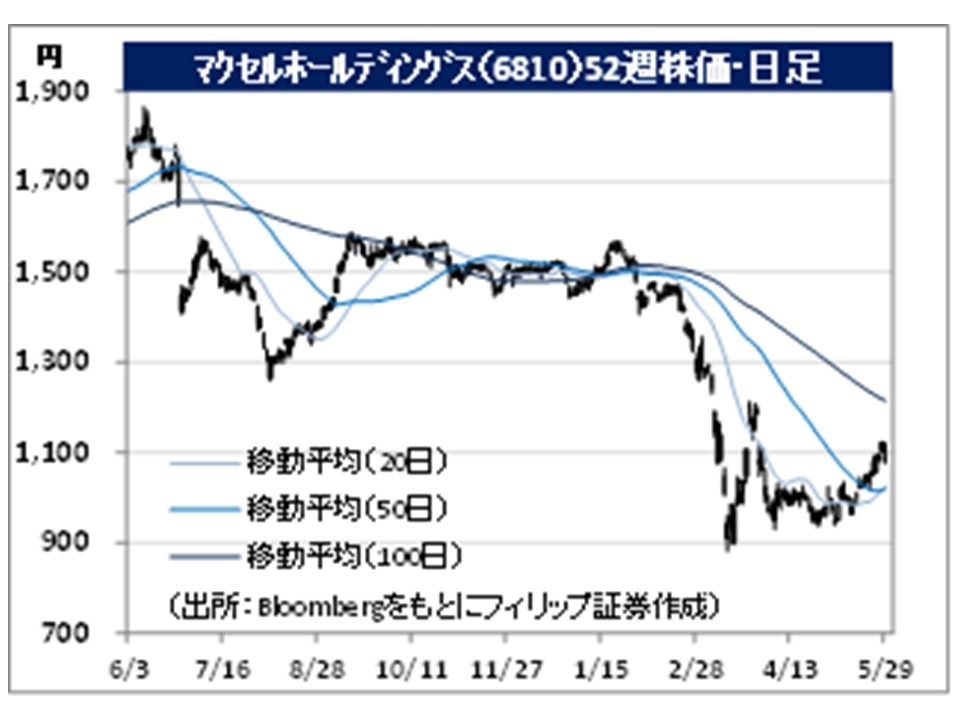 ・Established in 1966. After becoming a wholly-owned subsidiary of Hitachi, Ltd. (6501) in 2010, they were relisted in 2014 and went independent from Hitachi Group. Mainly carries out the manufacture and retail of energy, industrial parts and materials as well as electrical and consumer products.

・For FY2020/3 results announced on 14/5, net sales decreased by 3.7% to 145.041 billion yen compared to the previous year and operating income fell into the red from 5.424 billion yen in the previous year to (137) million yen. In addition to a decrease in revenue in projectors and semiconductor-related embedded systems, a decline in the occupancy rate of their factory in China and a decrease in sales of optical components for the automobile market and in health / electrical personal appliances have affected.

・For its FY2021/3 plan, net sales is expected to decrease by 3.5% to 140 billion yen compared to the previous year and operating income to return to profit from (137) million yen the previous year to 500 million yen. With increasing awareness in hygiene due to the spread of COVID-19, there has been growth in sales of batteries for thermometers used for measuring temperature as well as the sterilising and deodorising machine for corporate and the general consumer. In addition to the sterilising and deodorising machine being used in the offices of Japanese corporations, orders for them appear to be increasing in Asian regions, such as in China.