Japan-Weekly Strategy Report “A Sharp Rise in the Nikkei Average and the Age of Level 3 Autonomous Driving” November 18, 2020 231 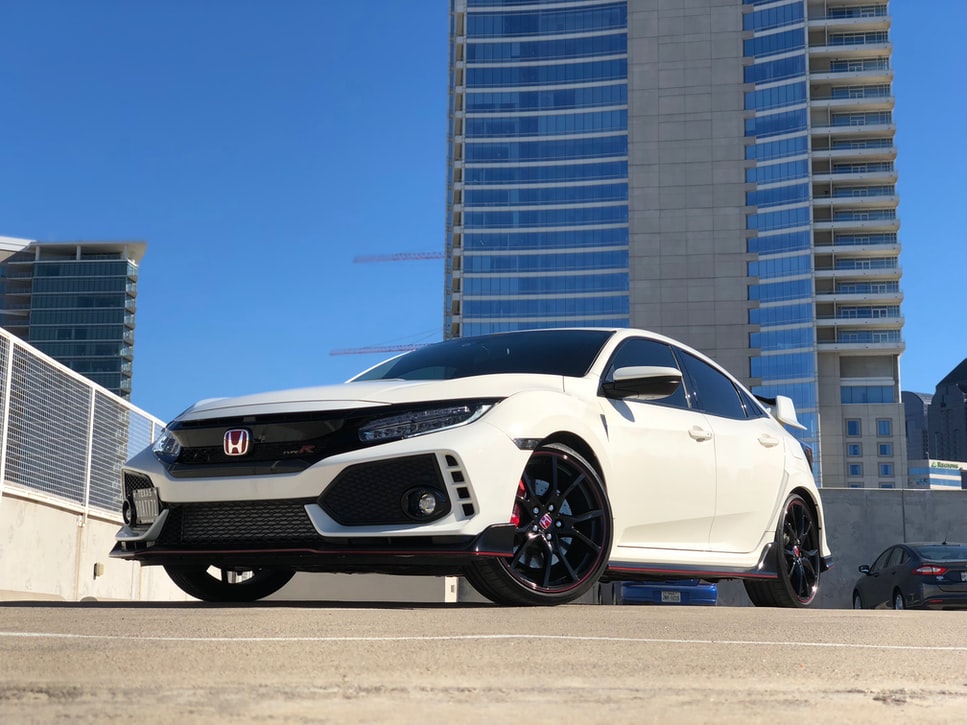 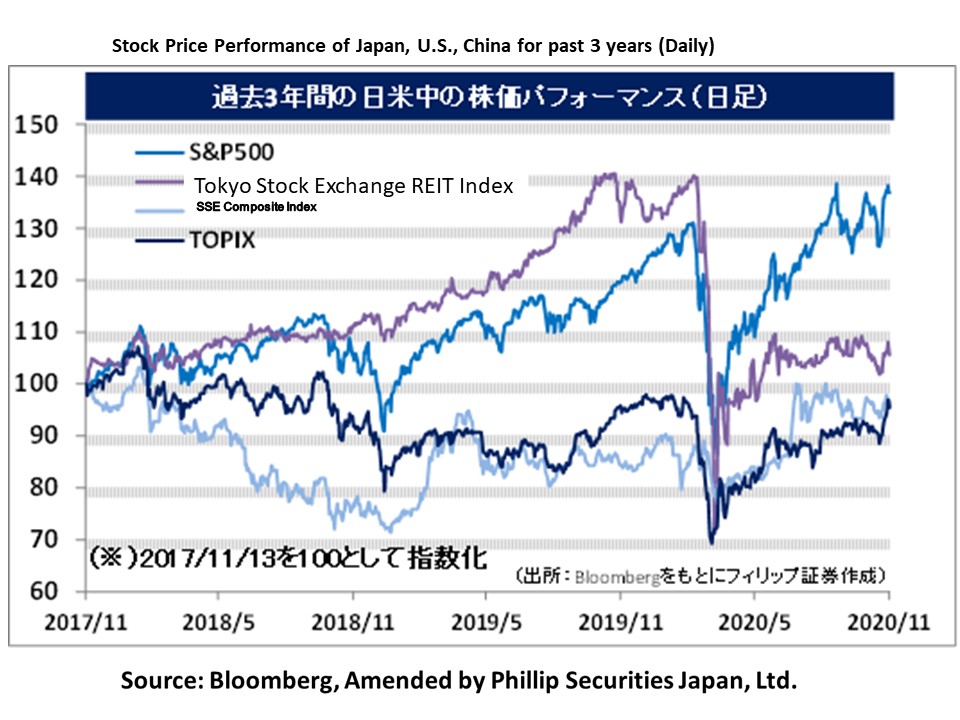 The Nikkei average, which rose to the 24,300 point level on 6/11, exceeded the high price of 24,448 points in Oct 2018 at the beginning of the week on 9/11 to become a high price that was last seen in 1992, then rose even more at one go to the high price of 25,587 points on 12/11. A sharp rise of 2,639 points played out in 8 business days since the low of 22,948 points on 31/10. With there being a couple of reasons for the rise, such as growing expectations towards the early supply of the COVID-19 vaccine as well as concerns beforehand on the prolongment of the conclusion of the U.S. presidential election being dispelled, we would like to examine the things suggested by these market movements to the future investment strategies of investors.

On 11/11, Honda Motor (7267) announced that they were the world’s first to obtain the designation of the type demanded by level 3 autonomous driving from the Japanese Ministry of Land, Infrastructure, Transport and Tourism. “LEGEND”, the first luxury sedan to be equipped with it, is planned to go on sale by March 2021. In level 3, although there is a need for the driver to immediately take over in case it falls into a situation outside of its design, normally, there is no need for the driver to pay attention to their surroundings during automatic driving, and also enables them to carry out other tasks. This seems to be a perfect chance to allow us to experience an evolution in the times. From the perspective of investment strategy, perhaps we can say that there is a big opportunity for corporations involved with technology development, such as the “in-vehicle image sensor”, which captures images by converting light to electric signals, the “millimetre wave radar”, which measures distance using low frequency radio waves, and “LiDAR”, which measures distance based on laser reflection, etc. 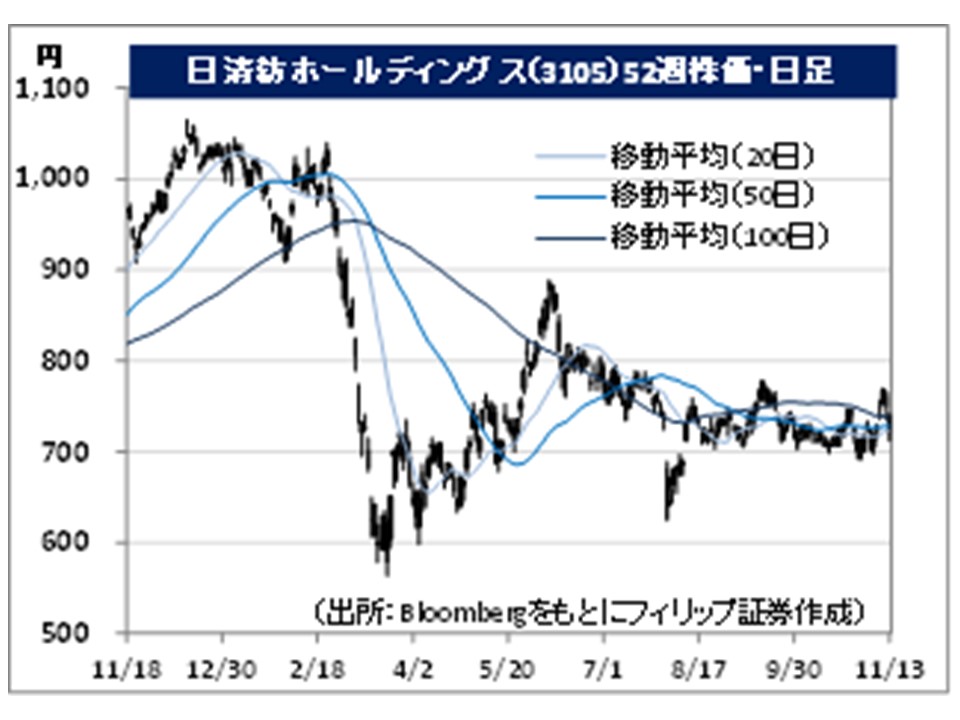 ・Established in 1907. Is a conglomerate comprised of wireless and communications, micro devices, brakes, precision devices, chemicals, fibres, real estate and other business segments. They are aiming to be an “environment and energy company”.

・For 9M (Jan-Sep) results of FY2020/12 announced on 12/11, net sales decreased by 10.5% to 335.977 billion yen compared to the same period the previous year and operating income saw an expansion in deficit from (589) million yen the same period the previous year to (696) million yen. It was affected by the slump in demand due to the COVID-19 catastrophe. On the other hand, net income increased by 45.2% to 5.924 billion yen due to investment securities, gain on sale of fixed assets and revenue from subsidies.

・For its full year plan, net sales is expected to decrease by 9.4% to 462 billion yen compared to the previous year and operating income to fall into the red from 6.4 billion yen the previous year to (4) billion yen. In addition to their subsidiary, JRC Mobility, buying out 2 German in-vehicle equipment development companies in end April this year, they presented the technology of simultaneously detecting 3D positional information and speed information by combining the data from camera images and millimetre wave radar at the home appliance and IT fair, “CEATEC”. It appears that preparations for the age of autonomous car driving are progressing smoothly. 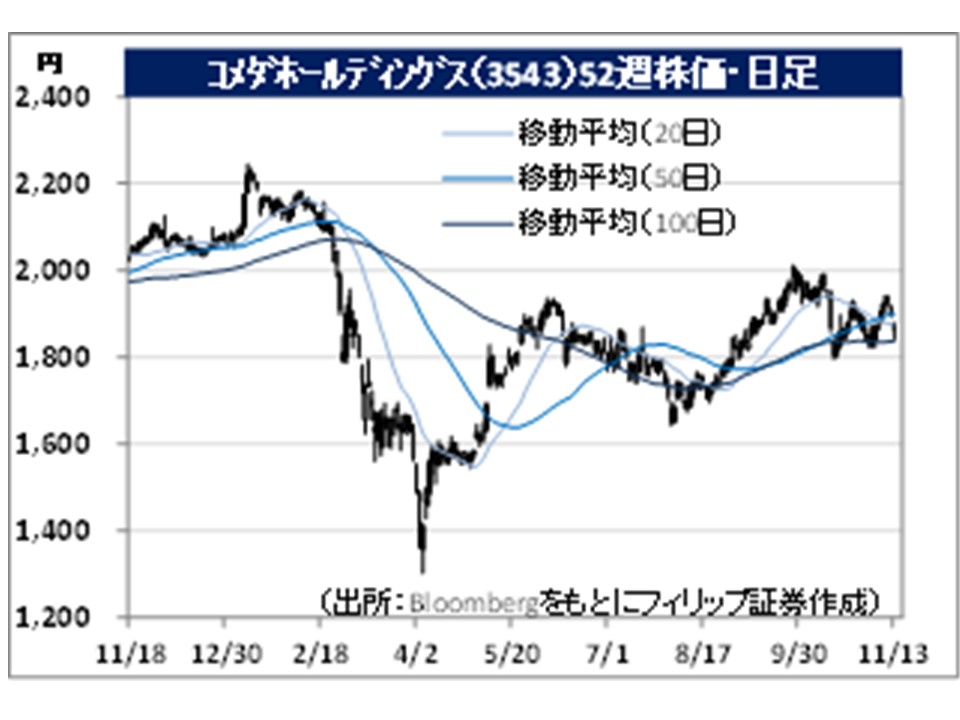 ・Originated from the opening of a coffee shop in Nagoya in 1968. Expands the FC business nationwide by owning the brands “Komeda’s Coffee” in addition to “Okagean”, “Yawaraka Shirocoppe”, “Komeda’s Stand” and “Bakery Ademok”.

・For 1H (Mar-Aug) results of FY2021/2 announced on 14/10, sales revenue decreased by 12.1% to 13.479 billion yen compared to the same period the previous year and operating income decreased by 38.9% to 2.404 billion yen. Despite growth in takeaway sales including deliveries in their stores, the COVID-19 catastrophe influenced the decrease in revenue. Impairment loss involving some directly managed stores and sales support to FC member stores influenced03 the decrease in profit.

・For its full year plan, sales revenue is expected to decrease by 11.6% to 27.6 billion yen compared to the previous year and operating income to decrease by 32.3% to 5.33 billion yen. For wholesale sales for existing FC member stores compared to the same period the previous year, although it decreased by 19.0% in the first half (1H), an improvement in business performance was indicated with the 1.0% increase in the single month of September and the 1.6% increase in the single month of October. For a total of 896 stores at the end of August this year, the company is aiming to build a system of 1,000 stores. They are predicting an accelerated speed of advancement by aiming for 50 stores in Taiwan by 2022.