Japan -Weekly Strategy Report “ A Resolution to the Sense of Being Overvalued, the Ongoing Adjustment in Margin Debt Balance and the IMF World Economic Outlook” January 31, 2022 94 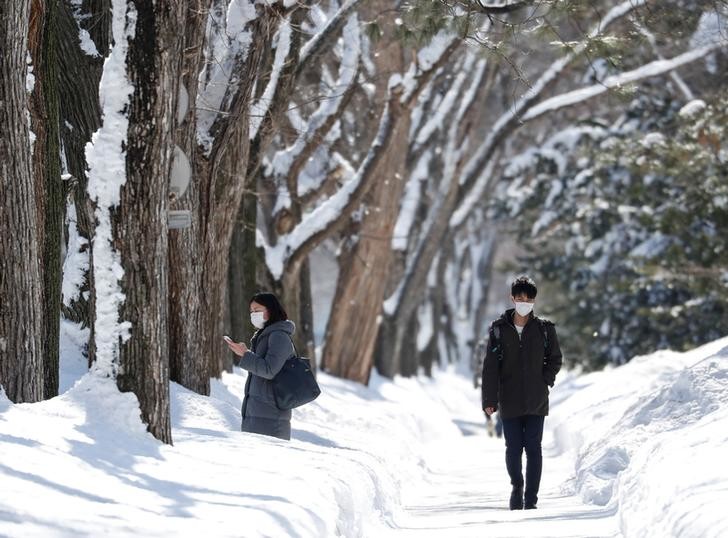 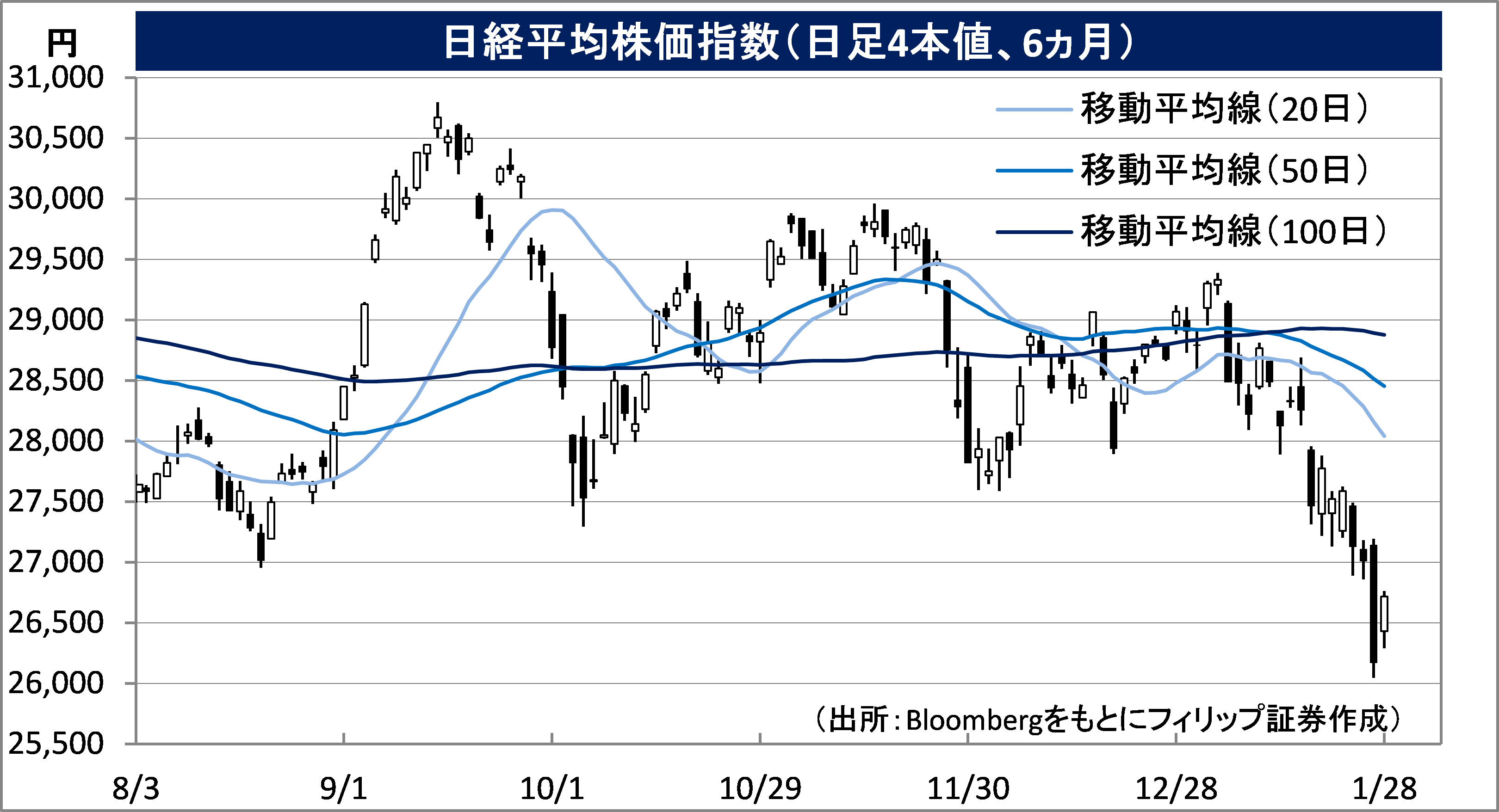 “A Resolution to the Sense of Being Overvalued, the Ongoing Adjustment in Margin Debt Balance and the IMF World Economic Outlook”

For the global stock market, following growing tension in the Ukraine situation concerning Russia, the uncertain state of mind of market participants appears to have been exacerbated by the close entwinement of concerns on whether there will be an increase in global inflation risks due to the increase in the market price of grains, such as wheat, and the increase in energy prices via concerns on the supply of natural gas; and concerns of a balance sheet reduction and the increase in interest rates to curb inflation by the FRB through the press conference with U.S. FRB Chair Powell and the U.S. FOMC (Federal Open Market Committee) statement announcement on 26/1.

The Japanese stock market turned out to be a bearish market between the 24th and 27th where the Nikkei average lowered its daytime highs and lows day after day, and the closing price on the 27th ended up falling greatly by 841 points compared to the previous day to 26,170 points. One of the reasons that can be considered is the concentration in selling in the Japanese stock market from the perspective of liquidity with the large-scale holiday, the Chinese Spring Festival (Chinese New Year), from 1/2, and that it was the last business day at the end of the month. The Nikkei average at this level has a 1.19 times P/B ratio (price-to-book ratio), which is a weighted average such as of market capitalisation, which more or less coincides with the average level of the past 10 years excluding March 2020. Also, even when judging from a period of 6 years until around February 2020, a P/E ratio lower than 13 times in weighted average can also be considered as an undervalued level that is lower than average.

The “ratio of margin balance”, which is obtained by dividing the margin debt balance of system margin trading by the margin selling balance, reversed to increase after declining to under 2.0 times in March 2020 and increased up to 5.7 times on the basis of 21/1. This is a high level that was last seen in Mar-Apr 2018 and the amount of the margin debt balance is also of a high level similar to the latter half of 2018. Although there has been progress in adjustment in the unsettled buying balance and unsettled selling balance of arbitrage trading involving the Nikkei average’s futures and options trading, it is thought that a major factor was that there had yet to be progress in adjustment in the supply and demand aspect in margin transactions.

For the 2022 World Economic Outlook by the IMF announced on 25/1, while there was a downward revision across the board with worldwide GDP decreasing by 0.5 points compared to the previous round (as of October) to 4.4%, the U.S. decreasing by 1.2 points to 4.0%, the Euro area decreasing by 0.4 points to 3.9% and China decreasing by 0.8 points to 4.8%; Japan had an upward revision of 0.1 point to 3.3%. Although there was the aspect of a reactionary increase from restrictions in behaviour, such as repeated measures to prevent the spread and declarations of a state of emergency last year, while monetary tightening became mainstream in terms of the response towards inflation following global economic expansion, the Bank of Japan’s demonstration of their stance in continuing economic support via vigorous monetary easing is also being reflected. Perhaps there is an increasing possibility of global money, which does not favour inflation risks, escaping to low inflation markets. As of now, we believe that there would be no need to change the outline in the “2022 Stock Market Forecast” indicated in the 27th December 2021 (year-end special) issue of our weekly report. 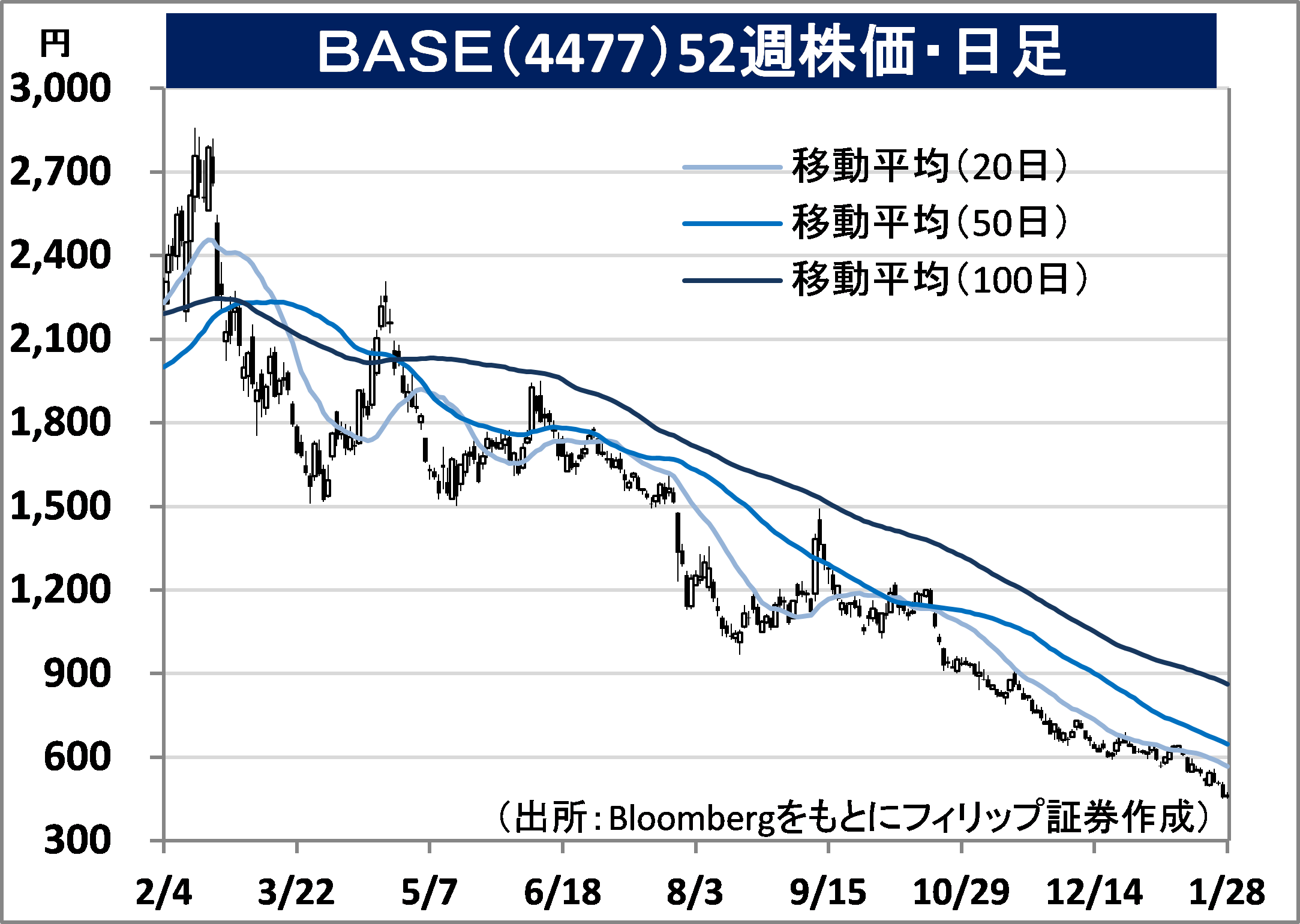 ・Established in 2012. Operates “BASE”, an e-commerce (EC) platform for individuals and small-scale business operators. Runs a financing service (debt purchasing), online payment service (the PAY business) and an EC platform (the BASE business).

・For 9M (Jan-Sep) results of FY2021/12 announced on 12/11, net sales increased by 0.9% to 9.6 billion yen compared to the same period the previous year and operating income increased by 5.4% to 2.186 billion yen. Despite there being movements involving postponements and reductions in some projects due to intermittent announcements of a declaration of a state of emergency, measures involving the expansion and continuance of existing projects and new project acquisitions, etc. have been successful, which secured an increase in income and profit.

・For its full year plan, net sales is expected to increase by 4.8% to 13 billion yen compared to the previous year and operating income to increase by 20.1% to 2.929 billion yen. In September last year, they partnered with “TikTok”, a short film video platform reinforcing their influence on consumption. They are aiming for BASE member stores to carry out smooth sales promotion and customer attraction by utilising TikTok. There will likely be expectations of an increase in the transition of business operators from mall-type EC, such as Rakuten and Amazon, to in-house direct sales EC using the company’s or Shopify’s system. 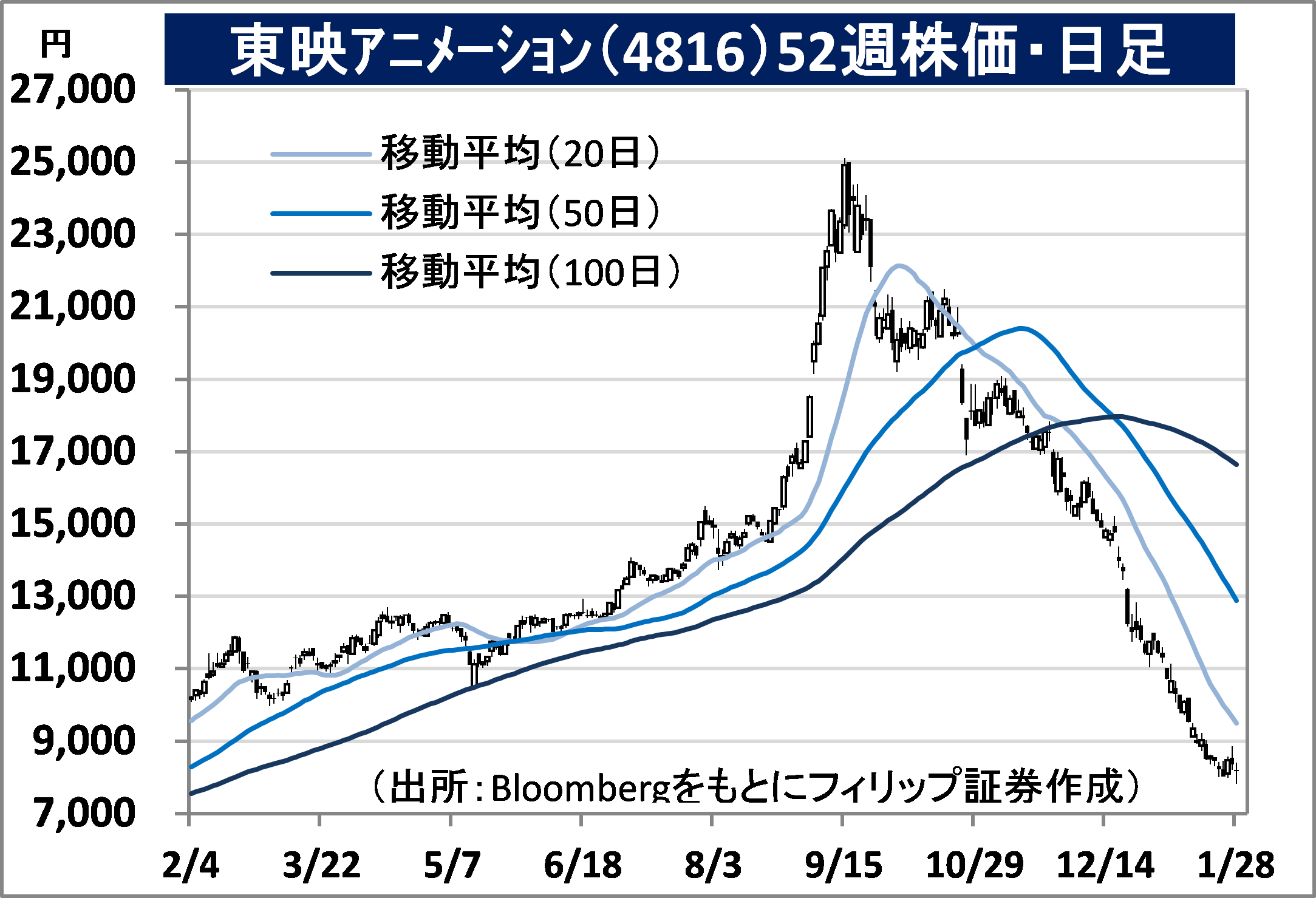