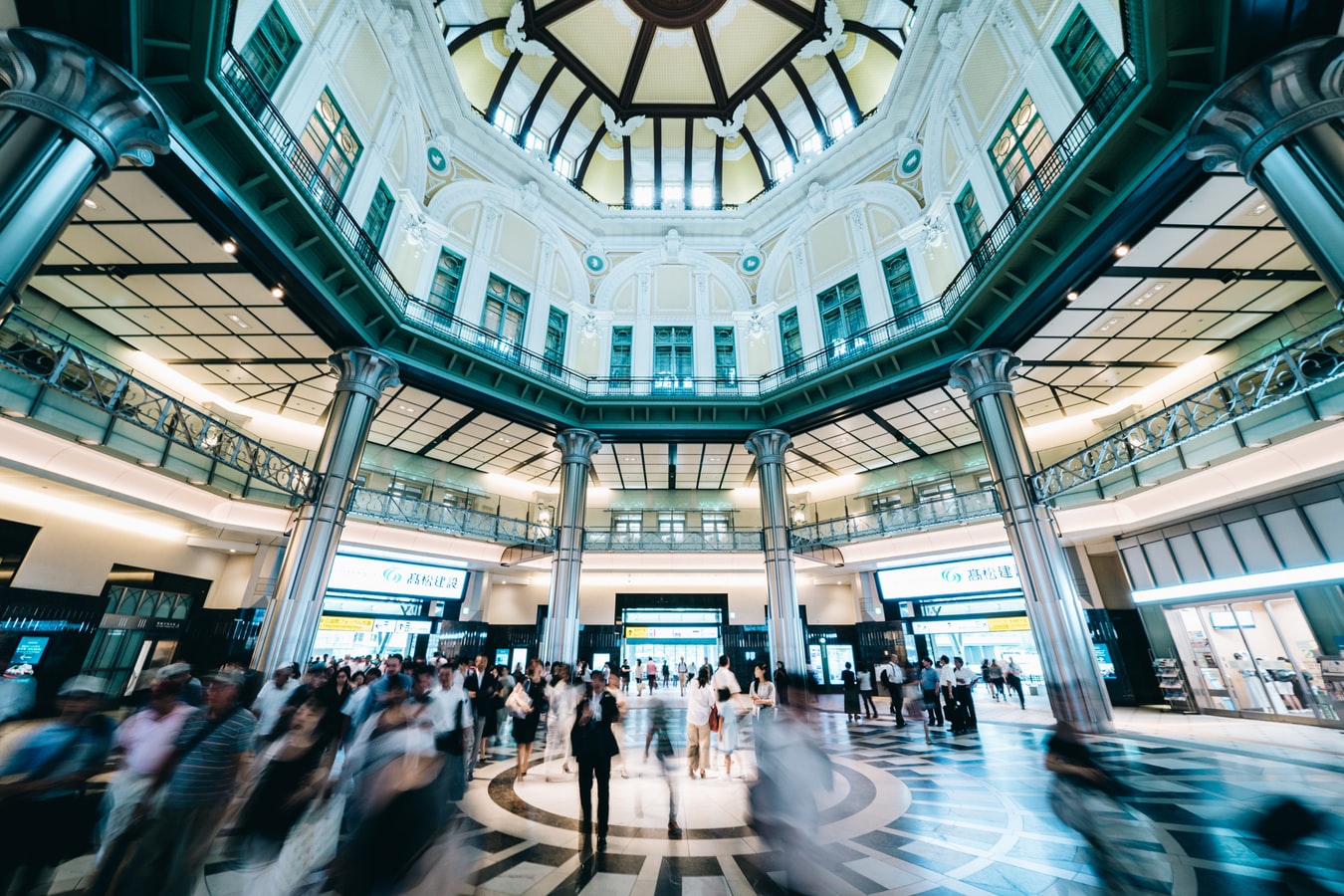 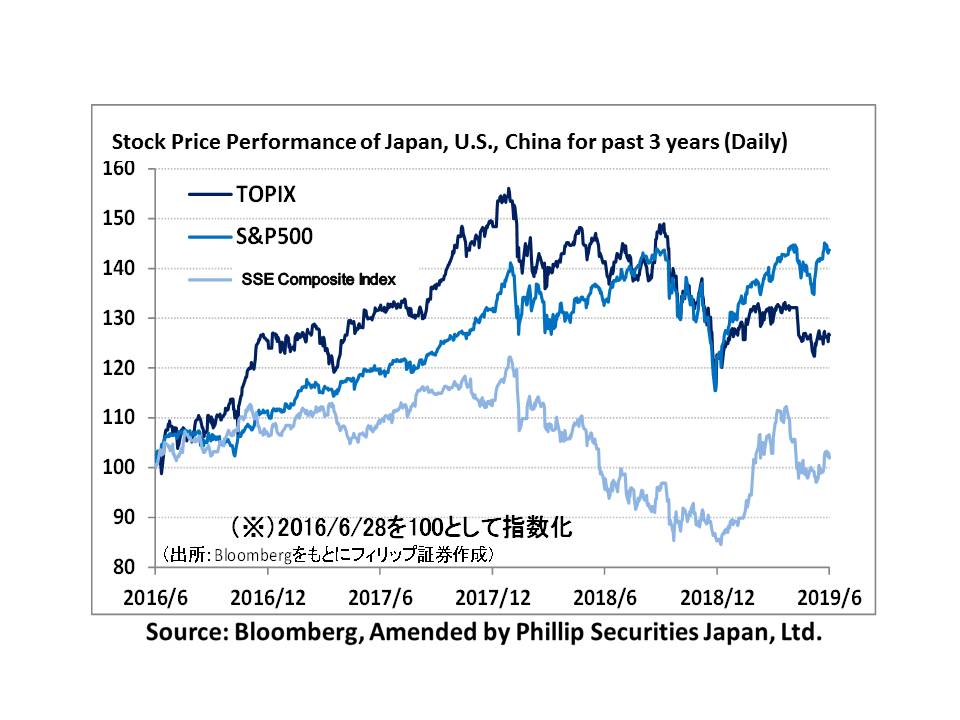 During the week of 24/6, the Japanese stock market adopted a wait-and-see attitude in view of the upcoming G20 Osaka Summit.  As a result, trading volume on TSE Section 1 until 26/6 had remained thin just short of two trillion yen.  We had been mentioning in this Weekly Report before that a Nikkei average of 21,000 points is an important milestone for the market in the medium to long term.  As the saying, “No sales during a period of inactivity”, goes, the Nikkei average fell to 21,035 points on 26/6, but rebounded thereafter.

Let’s recall that the amount of Japanese stocks sold by foreign investors reached 5.6 trillion yen in 2018, surpassing that in 2008, the year of the Lehman Shock, and reaching a record since 1987.  Sales by foreign investors accelerated during the 2019/1-3 period, reaching 2.3 trillion yen within three months.  Despite support on the demand-side through buying entities such as the BOJ’s ETF purchases and companies’ share buybacks, and support through fundamentals where the weighted average based PER is 11 times and the PBR is 1.1 times or less, the fact that the Nikkei average is hovering around 21,000 points after absorbing huge amounts of sales by foreign investors is a testimony of the resilience of Japanese stocks.

However, the fact that prices are cheap with firm low prices does not necessarily lead to rising stock prices. I would like to point out that corporate governance, especially “parent-subsidiary listing”, is one of the keys to the shift towards rising stock prices.  With regard to parent-subsidiary listing, in addition to the risk of conflicts of interest between the shareholders of the parent and subsidiary companies, the fact that both the parent and subsidiary can gain from new releases is regarded as a problem. From the perspective of the shareholders of the parent company, shareholders’ equity becomes excessive, and this may be a factor that leads to a lower ROE (Return on Equity).    At the same time, the fact that a part of the profits earned by a subsidiary is leaked out as minority interests is also seen as a problem.

Looking at the ROEs in the most recent full-year results of three companies with the most listed subsidiaries, that of AEON (8267) is 2.1%, LIZAP Group (2928) is ▲54.9% and GMO Internet (9449) is ▲43.1%.   From the shareholders’ perspective, it is desirable to improve their ROEs.  In the midst of this, Nomura Holdings (8604) announced on 18/6 that it would sell the shares of Nomura Research Institute (4307) through TOB, and thereafter conduct a share buyback of its own shares after lowering its shareholding in NRI.  We believe this is an attempt to increase ROE after enhancing the management independence of group companies.  From the point of view of NRI shareholders, share buyback via TOB raises EPS, and capital efficiency like ROE is also expected to rise. Let’s look forward to more of such activities related to the issue of parent-subsidiary listing. 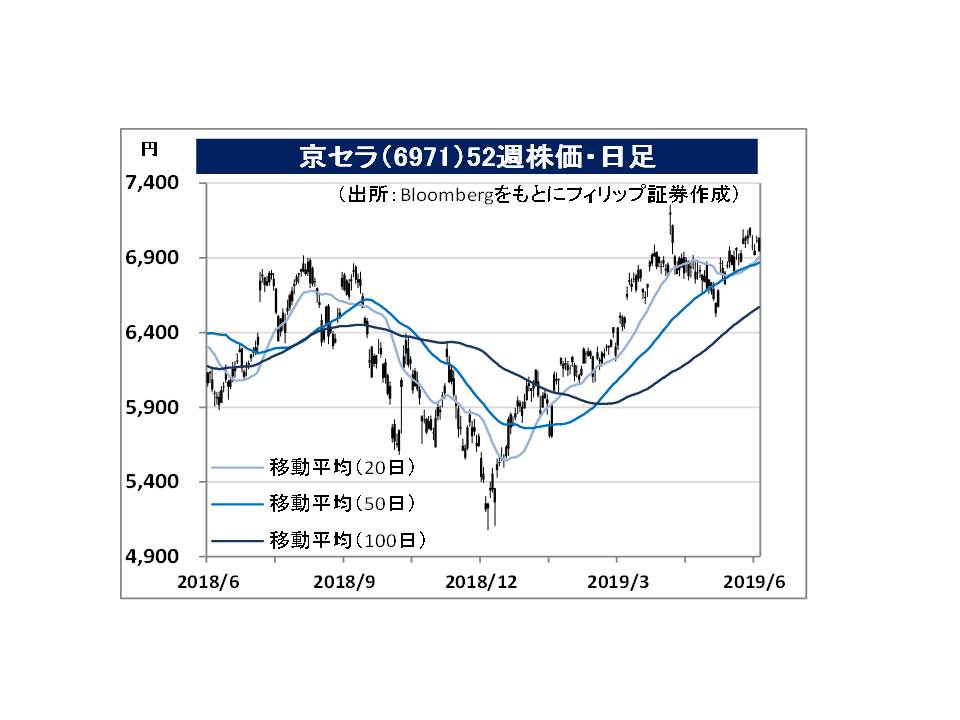 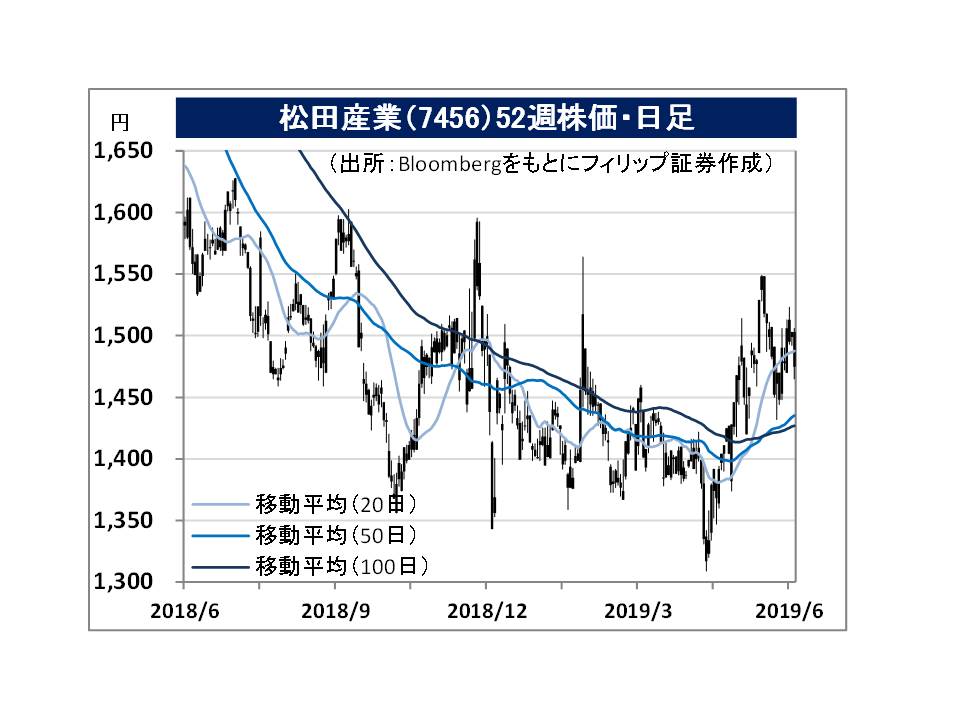 ・Established in 1951. Operates the Precious Metals-related Business handling precious metal recovery and refining, sale of precious metal and electronic materials, and collection and treatment of industrial waste, and the Foodstuff-related Business selling food processing raw materials.  The precious metals of the company, namely gold, silver, platinum and palladium have been designated as deliverable grade metals by TOCOM.  These ingots have also been registered at LBMA and LPPM.

・For FY2019/3 results announced on 13/5, net sales increased by 9.5% to 208.338 billion yen compared to the same period the previous year, operating income increased by 1.4% to 4.948 billion yen, and current income decreased by 2.0% to 3.391 billion yen. Sales volume of precious metal products and volume of industrial waste treatment handled had increased.  Price increase of palladium had also contributed. Final profit decreased due to decrease in investment income according to the equity method.

・For FY2020/3 plan, net sales is expected to decrease  by 4.0% to 200.0 billion yen compared to the previous year, operating income to increase by 1.0% to 5.0 billion yen, and current income to increase by 1.7% to 3.45 billion yen. Maintaining and expanding business by strengthening bases both in and out of Japan, improving efficiency, and cultivating new demands. CMX Gold Futures had risen to a level attained 5 years and 9 months ago, and this is expected to be a push factor.