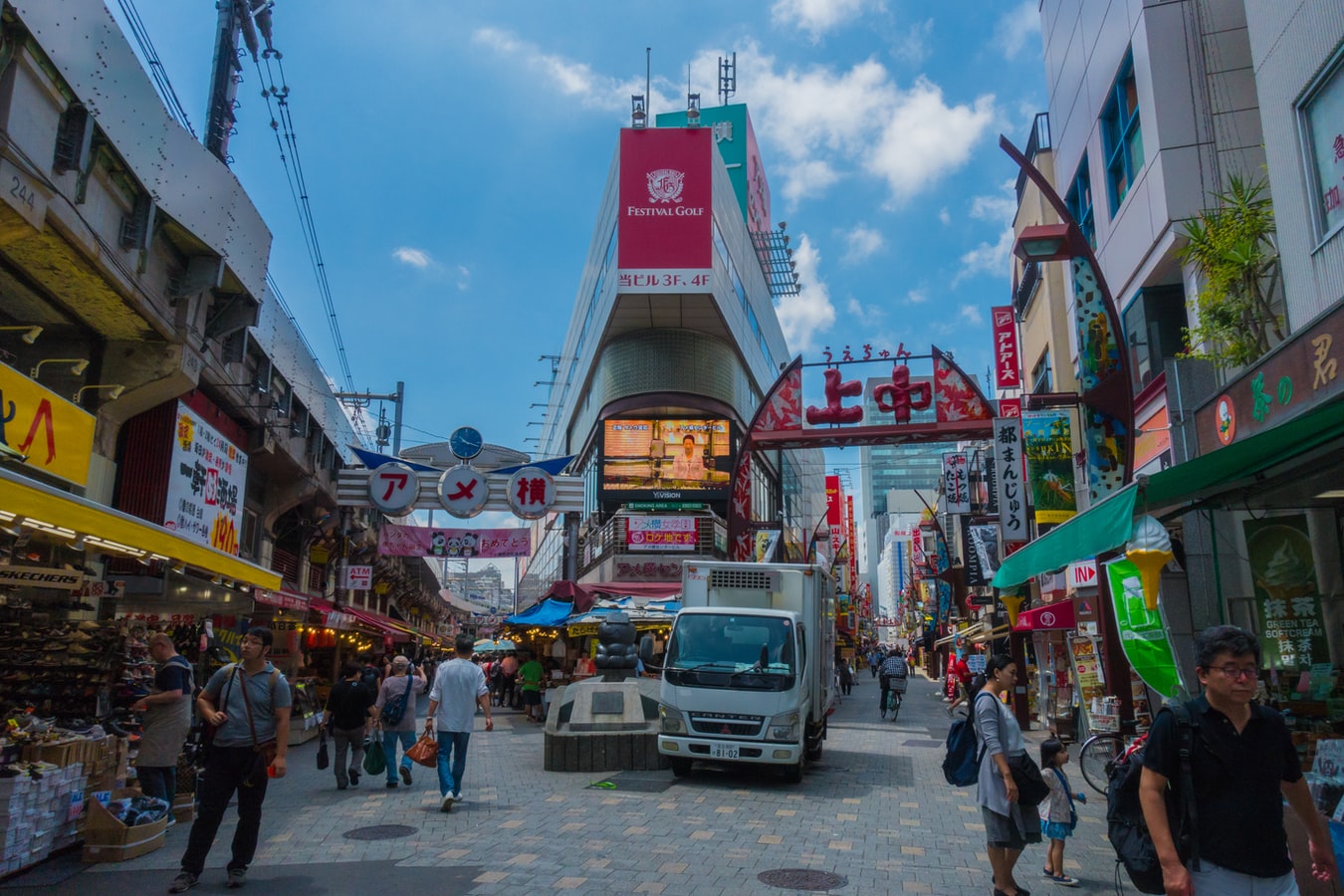 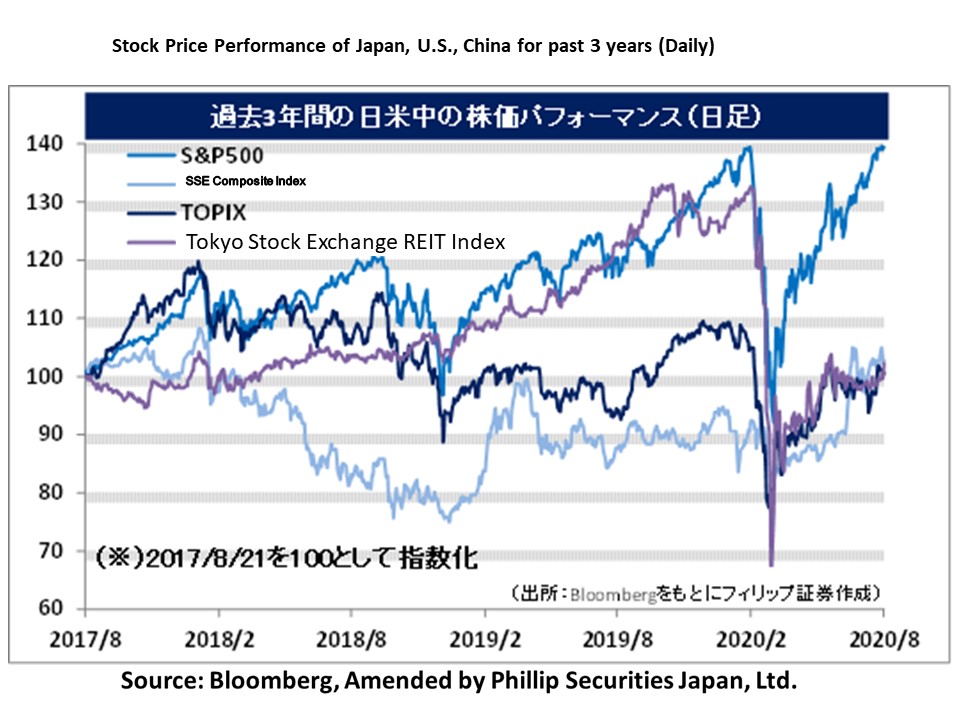 ”20 Times Forecast PER Hurdle”, Partnership With US Companies

Both Japan and US companies have completed the April-June financial results announcements.  Perhaps due to lack of reasons for active trading, transactions of the First Section of the TSE have been below 2 trillion yen since 17/8, and it seems that the Nikkei Average is losing momentum whenever it exceeds 23,000 points.  The closing price of 22,880 points on 20/8 was 21.75 times the weighted average forecast PER (Price-to-Earnings Ratio), and 1.09 times the weighted average PBR (Price-to-Book Ratio) based on those announced in the Nihon Keizai Shimbun.  The weighted average forecast PER has been below 20 times since the end of April 2013, when BOJ Governor Kuroda announced the “Kuroda Bazooka” quantitative and qualitative monetary easing measures.  However, during the period from 13/5-5/6 this year, it exceeded 20 times for the first time in seven years.  This is because while companies’ outlooks for full-year results are pointing towards decreasing profits due to the effects of Covid-19, the number of newly-infected Covid-19 patients appears to be decreasing, and with the government’s lifting of its declaration of emergency, expectations for economic activity resumption have increased. These probably resulted in the Nikkei Average trending higher at a faster rate, and the PER, which is the ratio of the stock price to earnings per share, has increased.

The weighted average forecast PER was less than 20 times after 8/6, but it exceeded 20 times again after 7/8, reflecting the effect of downward revision of full-year company forecast profits in the financial results announcements.  Compared with NY Dow Industrial Average (forecast PER at 20/8 closing price was 27.1 times), it seems to be relatively cheaper.  However, when compared to the period between 13/5-5/6, expectations for resumption of economic activities appeared to have declined as Covid-19 infections have not subsided nationwide, and restaurants and karaoke stores in Tokyo that serve alcohol had been asked to shorten business hours.  Under such circumstances, it is unlikely for PER exceeding 20 times to be sustained.  If there are no significant changes in company profit outlooks by the September financial results announcement period, it will be difficult for the Nikkei Average to sustain above 23,000 points, as can be seen by this week’s market movements.

However, as mentioned in the previous week’s report, the political situation is changing ahead of the extraordinary Diet session in Autumn, as the term of office of the House of Representatives and the LDP president will expire by next year.  These may potentially lead to changes in Japanese politics and economy, and could therefore be factors pushing up the forecast PER of Japanese stocks.

In the short term, there is concern whether growing US companies will be able to maintain their current share price levels.  However, it can be said that Japanese companies that have close relationships with these companies have opportunities to enhance their businesses.  Examples include Life Corporation (8194), which was the first domestic food supermarket to operate on Amazon’s “Prime Now” in September last year, and TerraSky (3915), a sales force consulting partner. Panasonic (6752) has also announced investments to increase production of batteries for Tesla EVs, despite discontinuing the solar cell business with Tesla.  These all look promising for the future. 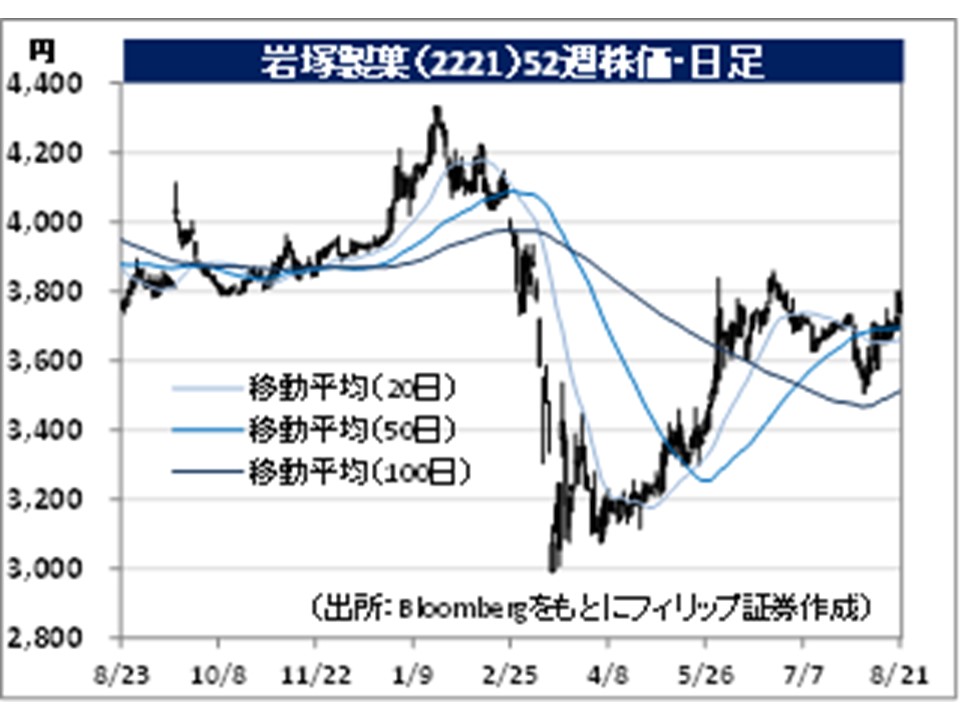 ・Established in 1947 in the current Nagaoka City, Niigata Prefecture.  Operating rice cracker business manufacturing senbei, arare and okaki, etc.  Ranked third in Japan for rice crackers.  In terms of profit, notheworthy that company is receiving dividends from Want Want Group of Taiwan, into which company has invested and injected technology.

・For 1Q (Apr-Jun) results of FY2021/3 announced on 11/8, net sales increased by 3.1% to 5.65 billion yen compared to the same period the previous year, operating income increased by 2.7 times to 34 million yen, and ordinary income increased by 5.4 times to 61 million yen.  Despite the impact of business suspensions at sales subsidiaries, company still enjoyed higher sales and profits owing to hoarding purchases as a result of stay-at-home measures arising from Covid-19.

・For its full year plan, net sales is expected to increase by 1.6% to 23.2 billion yen compared to the previous year, operating income to increase by 2.1 times to 360 million yen, and ordinary income to decrease by 6.0% to 2.4 billion yen.  Stock dividend income from Want Want Group in the previous period amounted to 2.248 billion yen.  While company owns only 5% of Want Want Group, the latter has become the world’s leading producer of rice crackers which are sold in 56 countries.  It is also handling a wide range of beverages and has grown into a global food manufacturer. 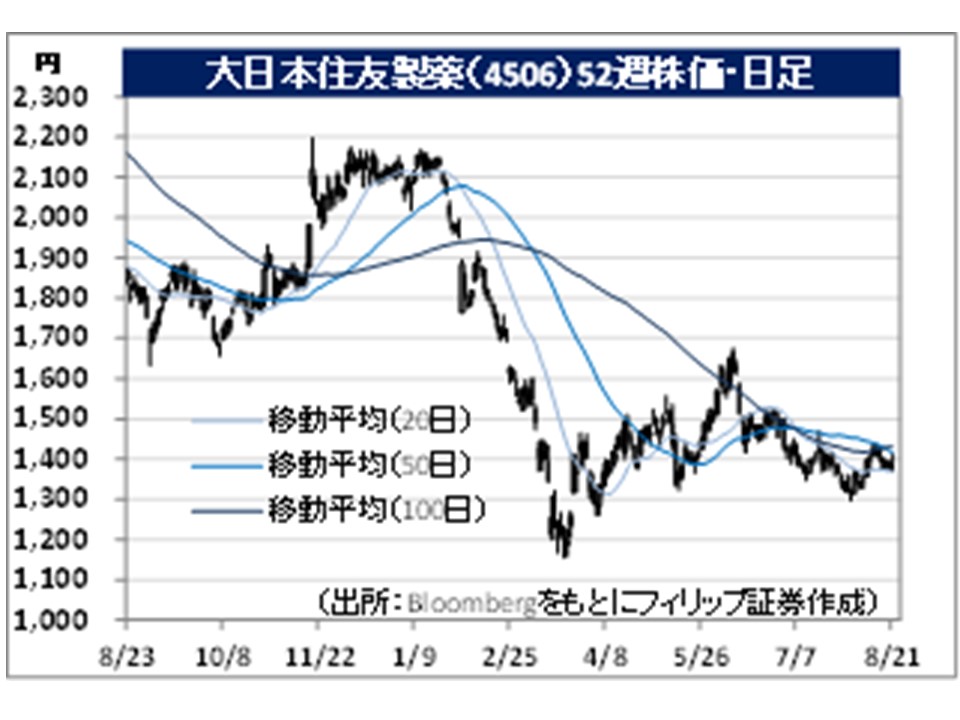 ・Osaka Pharmaceutical, established in 1897, was its predecessor.  Merged with Sumitomo Pharmaceuticals in 2005/10, with Sumitomo Chemical (4005) as the parent company holding 51.6%.  North America constitutes more than 50% of the sales revenue.  Focusing on anti-psychotics, anti-cancer and regenerative cells.

・For 1Q (Apr-Jun) results of FY2021/3 announced on 30/7, revenue increased by 13.9% to 133.857 billion yen compared to the same period the previous year, and core operating profit excluding non-recurring items from operating profit increased by 9.4% to 24.367 billion yen.  Core segment profit decreased 29.0% year-on-year in China, but increased 21.7% in the principal markets of North America and 10.6% in Japan, contributing to the performance.

・For its full year plan, revenue is adjusted downwards, increasing by 2.5% to 495.0 billion yen compared to the previous year (original plan: 510.0 billion yen), and, with SG&A expenses expected to decrease, core operating profit is expected to differ from the original plan, decreasing by 54.2% to 33.0 billion yen.  Mitsubishi Chemical Holdings (4188) has already converted Mitsubishi Tanabe Pharma into a wholly-owned subsidiary.  Added to this, uncertainty over Covid-19 is causing parent companies to want to keep profits within corporate groups.  There is therefore possibility of company adopting TOB to convert companies to wholly-owned subsidiaries.