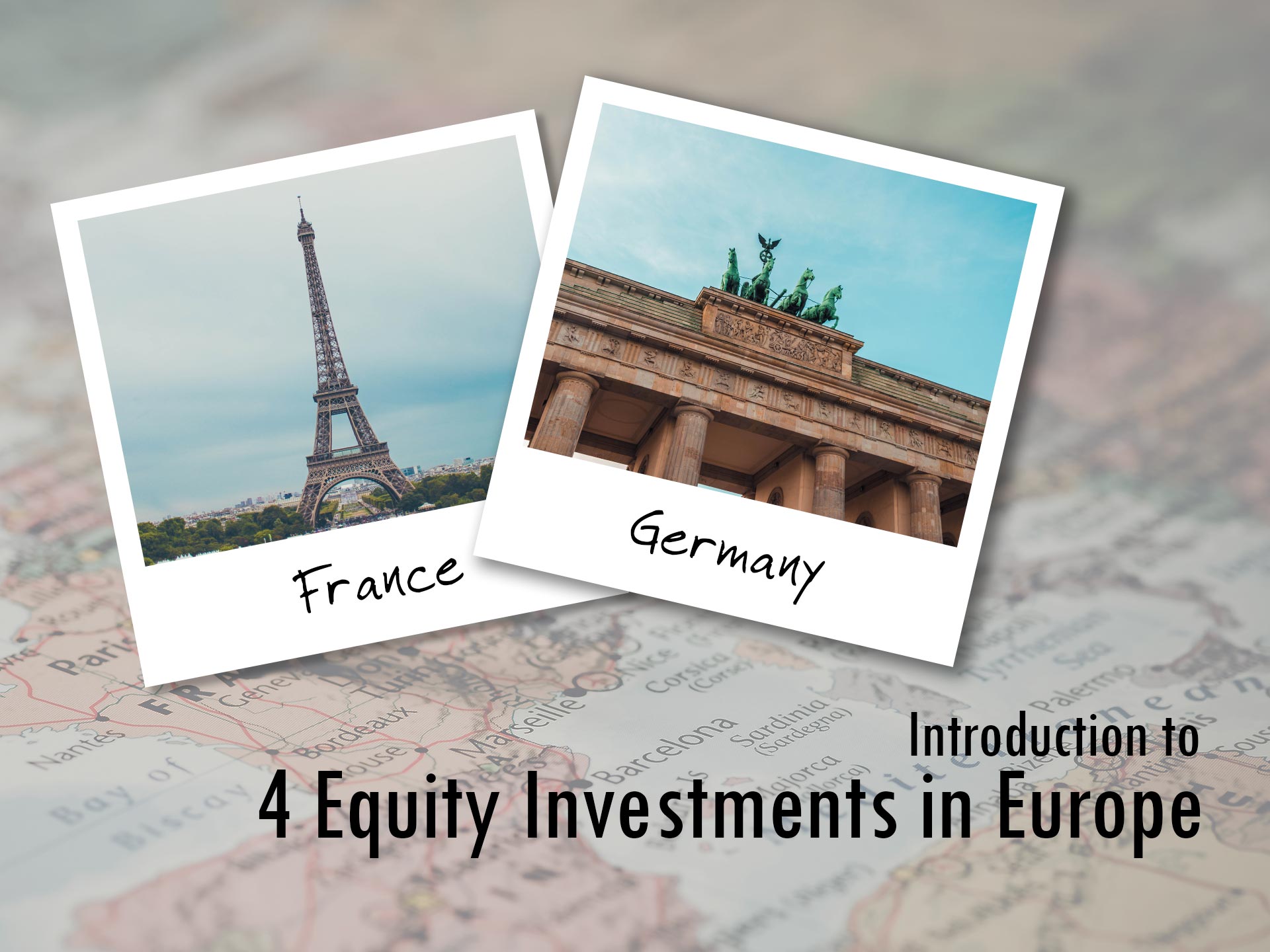 The 2019 European Parliament Elections is the 9th election since the first held in 1979. Citizens from the 28 member states get to vote for the 751 Members of the European Parliament (MEP).1 The members represent the interests of different countries and regions within the EU. They are also responsible for making laws and approving budgets, and also plays a role in the EU’s relations with other countries including those that wish to join the EU.

The European Elections takes place once every five years, with each country allocated a fixed number of seats. Back in February 2018, the European Parliament voted to decrease the number of MEPs from 751 to 705 if the UK were to withdraw from the EU on 29 March 2019. However, the Article 50 process of UK’s Brexit has been delayed till the end of October 2019. With this turn of events, the number of MEPs remained the same during the elections since UK had to take part in it.

Events such as the European elections may impact the European stock market if unexpected news arise from it. Beyond the internal impact of the elections on the European market, more importantly, investors should keep an eye on the ongoing US-China trade war which may spillover to the European countries.

Retail investors who are risk averse can look into telecommunications stock Orange SA, listed in Euronext Paris. Orange SA provides telecommunications services, equipment sales and rental. The general markets that they serve are in Europe, which they have since expanded recently with their latest venture into Africa and the Middle East. The telecommunications sector belongs to the defensive sector, which means that the share performance does not fluctuate wildly as compared to growth stocks. This will therefore provide stability in an investor’s portfolio. Based on the figure below, the stock has been trading within a relatively small range. The annual results also shows that the objectives announced for 2018 were achieved, with revenue displaying signs of modest growth. These were supported by businesses conducted in Africa and the Middle East which accounted for almost half of the Group’s growth in 2018.

Being one of the largest operator in the telecommunications industry, Orange SA signed a network-sharing agreement with Vodafone in Spain. This will enhance existing coverage and generate savings on network expenditure, which will potentially strengthen Orange SA’s financial position in the long run. In fact, network-sharing will not only benefit them in terms of cost savings, it will also allow the company to roll out 5G services more efficiently, thereby enhancing user experience. Analysts’ consensus rating for Orange SA are also positive as shown in the figure below. 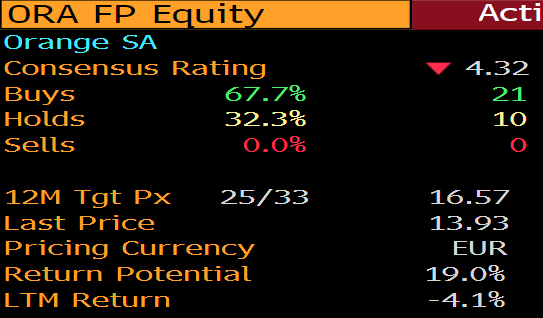 In conclusion, investors looking for a stable investment that will unlikely be influenced by the political outcome of the European elections can consider this counter. With an attractive and stable dividend yield of approximately 5%, coupled with stable share price movements, investors can consider including this stock into their portfolio for diversification.

Airbus SE is a company that manufactures airplanes and military equipment. It is currently dual listed in both Germany’s FWB and EuroNext Paris exchange. It operates in a duopoly market, whereby both Airbus SE and Boeing are the main suppliers in this market. As seen from the figure below, we can see that the Chinese airlines mainly use Airbus SE and Boeing planes. Being in a duopoly market enables Airbus SE to be in a commanding position in terms of supplying new planes to its customers. Boeing’s recent 2 crashes has led to concerns on its safety, which has in turn damaged the brand. This may therefore benefit Airbus SE in the short term while the issue is still in the midst of being resolved by Boeing. 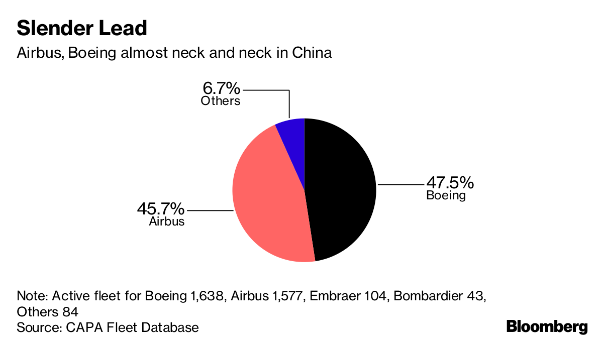 The recent announcement of the cancellation of the A380 program2 has resulted in the net orders of aircraft for Q1 2019 to be -58. There were also new orders with a total backlog of 7,357 aircraft as seen in the figure below. The recently released results reported slightly better than expected core first quarter profits. Revenues have increased in Q1 2019 due to higher deliveries. Revenues from other sources have also been stable.3 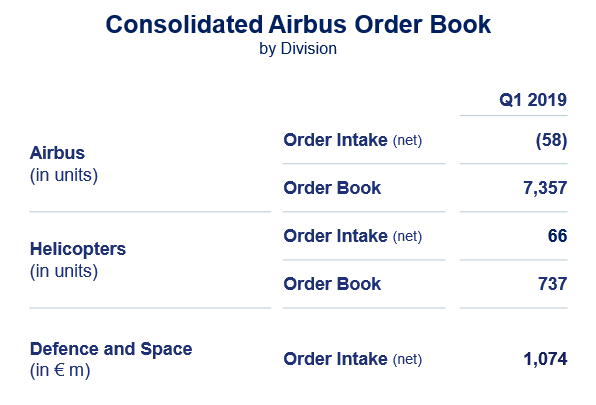 On the technical perspective, Airbus SE has been on an uptrend since the end of 2016. Investors may consider entering at the bottom of the trend channel. Long term trend should continue as demand for planes will likely support the aircraft manufacturing business.

In the long run, demand for new planes will continue to grow due to the demand for air travel in emerging markets. Airlines will look into purchasing from the 2 major suppliers as they have proven track record in terms of product and safety. As the industry has high barriers to entry due to high Research and Development (R&D) cost involved, Airbus SE is poised to maintain its position in the middle to long term prospect. The company will unlikely be affected by the upcoming elections due to the industry they operate in, which is that customers are diversified around the world. Also, the ongoing trade war concerns appears to benefit them as shown by China’s recent bulk purchase of Airbus planes.4 Therefore, investor may consider Airbus SE due to the potential long term returns and current macro factors such as the China-US trade concerns.

Siemens AG is an engineering and manufacturing company focusing on the areas of electrification, automation and digitalization. They are a leading supplier of systems for power generation and transmission. The company is also a geographically diversified business that produces energy efficient and resource saving technologies. The effects of global events such as the trade war and European elections will therefore be mitigated due to the company’s strong foothold in the global industrial industry. 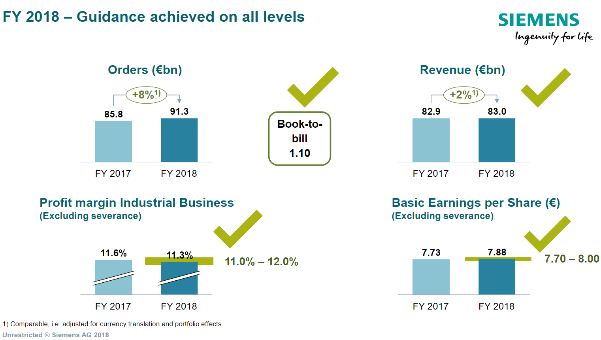 Even though they operate in a cyclical industry, revenues collected from the wide geographical diversification means they are able to achieve stable revenues.5 Siemens AG is poised to gain an advantage as the world begins to shift towards digitalization and electrification. The increased focus on renewable energies such as solar and wind energy generation will likely be the main driving factor to its business model. From the figure below, we can see that the guidance set out for FY2018 was achieved. Revenues has been very consistent throughout the past 5 years.

From the technical perspective, Siemens AG has been on a long term down trend from around mid-2017. The downtrend was mainly due to the ongoing problems at the power and gas division of the business. This, coupled with the fact that Siemens AG did not reveal the details about the cost and efficiency savings that their Vision 2020 would achieve, resulted in uncertainty in its business outlook. Due to the multiple businesses that Siemens AG conducts, investors might be afraid that the core business will be negatively affected. However, the order intake has significantly improved through Q3 of 2018.

In conclusion, Siemens AG has a highly diverse portfolio of leading global operations in industries with massive growth potential. The industry they operate in has strong barriers to entry due to the advanced technologies used, which requires high R&D cost. In the long run, the shift in trends towards higher sustainability will likely drive the company forward. Also, it is worth noting that the company provides an appealing dividend policy which will return cash to its shareholders over the long run. Therefore, investors may consider this as a long term investment proposition.

Volkswagen AG is an automotive manufacturer which owns an extensive portfolio of vehicle brands ranging from economy to luxury. This includes brands such as Audi, SKODA, SEAT, Bentley and Porsche. The company holds a global market share of more than 12%, with the key markets including western Europe, China, US, Brazil and Mexico. The world’s biggest auto maker is still suffering from reputational and fiscal damage from the 2015 diesel emission scandal. The scandal has cost the share price to retrace nearly 40% from a high of 250 euros in early 2015 to approximately 150 euros in recent times. Coupled with the fact that global car-industry growth appears to be slowing down since last year, share performance for Volkswagen AG have not been fantastic.

Despite all the issues facing the industry, Volkswagen AG still managed to report a slightly better operating profit in 2018.6 The valuations of the stock also looks attractive at the current price level. The stock currently trades at just about 5.5 times forward Price to Earnings. It is also worth noting that Volkswagen has a very strong global brand strength, as well as a higher cash flow as compared to its rivals in Europe. This allows them to better manage crisis such as the emissions scandal in 2015. Even though the damage was severe, we can see that the stock’s low price currently more than discounts its problems moving forward.7

The immediate risk posed to the stock is the ongoing trade war set out by the US rather than the European elections. The concern is that US could soon impose tariffs on EU cars, potentially impacting Volkswagen AG as US is one of the key markets to Volkswagen.8 However, the impact will definitely be mitigated with the fact that Volkswagen is the market leader in the automotive industry with a diverse global markets for its vehicles. 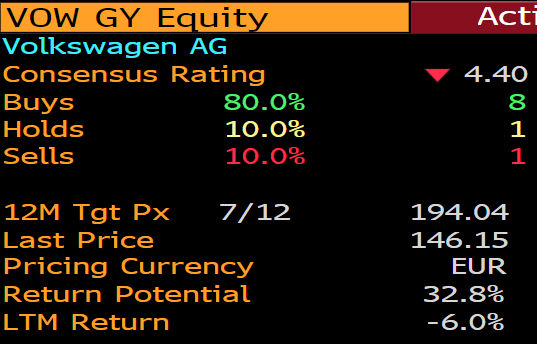 Volkswagen is also venturing into electric vehicles. They now plan to launch almost 70 new electric models by 2028 as compared to 50 from its earlier plan. This move will hopefully enable it to capture market share during the infancy stage of electric vehicles. In conclusion, Volkswagen AG is a worthy stock for investors to look into considering its recovery from the emission scandal crisis, as well as the fact that it is a market leader serving a diversified global market.

Ming Jun graduated from RMIT with a Bachelor’s Degree in Business Management. He joined Phillip Securities in 2016 as an Equity Dealer and is currently with the Global Markets Team, specialising in the UK and Europe markets as well as supporting the US and Canada markets. He has provided regular market commentaries across various media channels such as Morning Express Channel 8, 95.8FM Live Radio, 联合早报.