The Group’s order book in CE stands at S$915 million as at 1Q17 with more than 70% of the amount coming from the recently awarded 60:40 Changi Airport JV (CAJV) project. Gross profit from the CE segment came in 71.4% higher YoY amid new contribution from CAJV project. We are expecting works in the CAJV project to accelerate in the next quarters which will translate to higher revenue to be booked in moving forward. Additionally, the CE segment is expected to remain stable backed by four projects on hand (including CAJV), and will be the main revenue driver for the rest of FY17 in absence of revenue contribution from property development.

Construction of Shine@Tuas on track to be completed in FY18

The CE segment continues to remain stable with a sizeable order book which is able to provide revenue visibility till FY22. Sales at the Group’s industrial property development, Shine@Tuas, remains weak although we are expecting sales figures to be lifted by an improvement in sentiments in the overall industrial property landscape, as well as ongoing marketing efforts. We have upgraded our rating to “Accumulate” with an unchanged TP of S$0.57. TP is post-payment of special dividends and final dividends declared in FY16 and paid in May 2017. 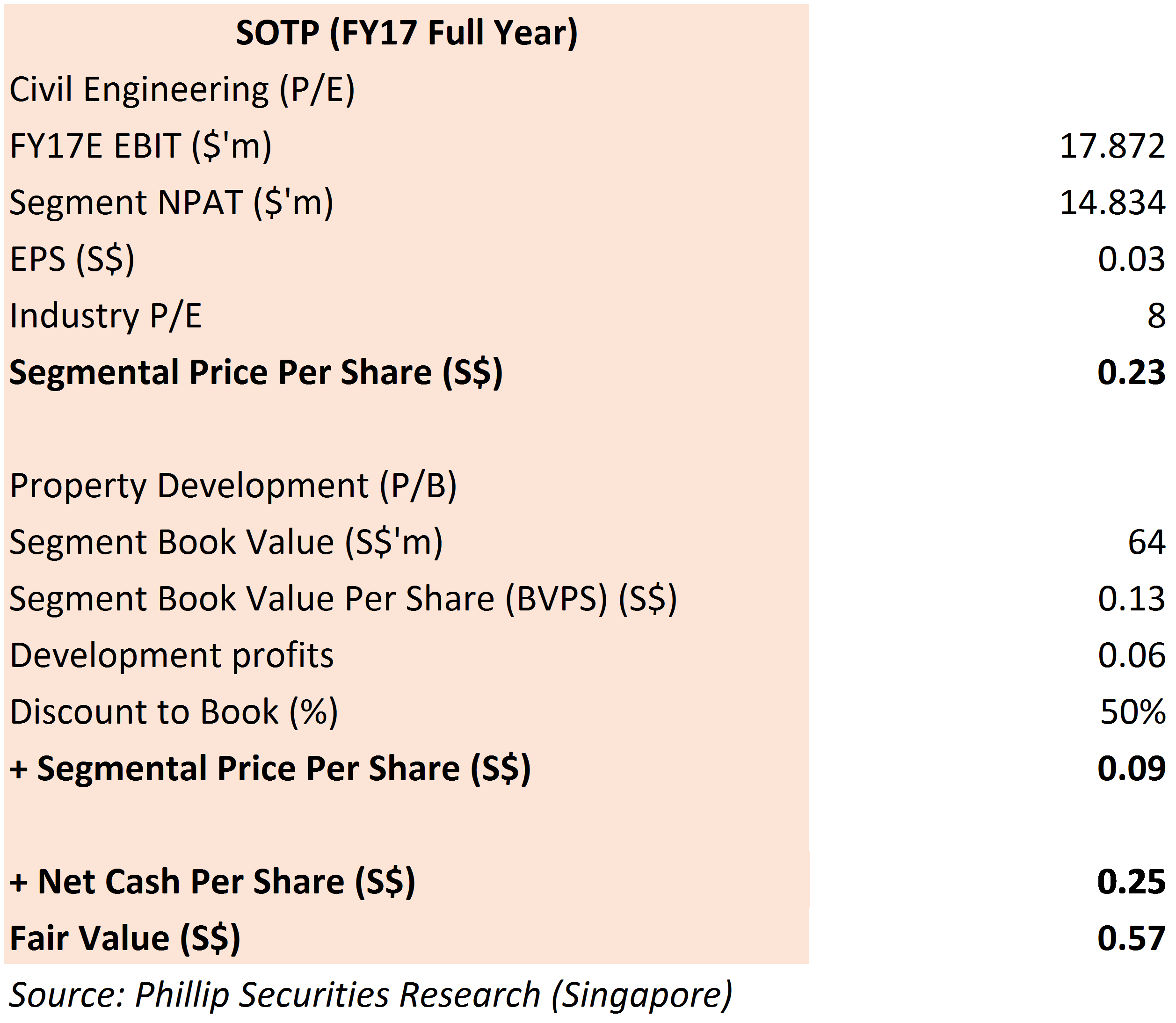