Gold: Long-term view justifying for an explosive move higher once it clears above the crucial neckline at $1350 January 22, 2018 1195 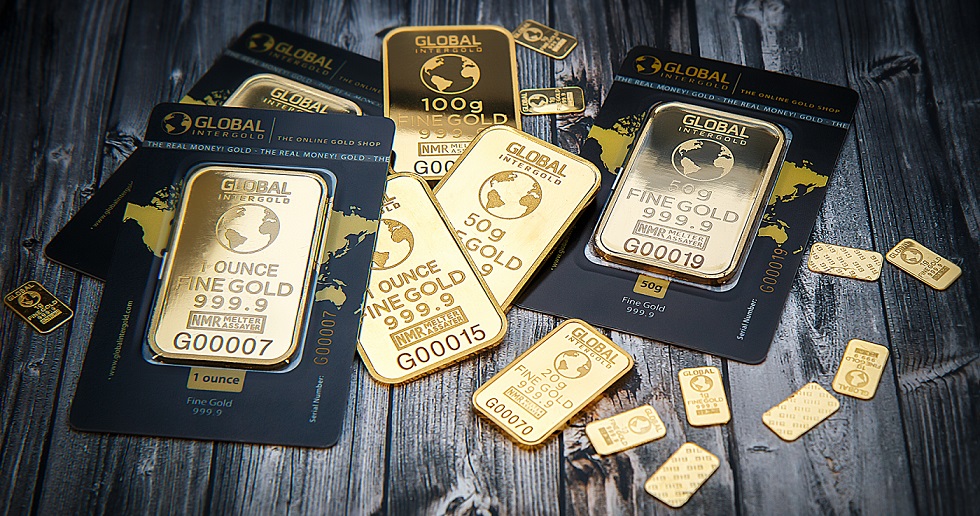 This article was published in Business Times’ column “Chart Point” on 15 January 2018.

Since the December 2017 FOMC meeting, Gold price has been remarkably resilient despite the FED hiking Fed Funds Rates by 25 basis points to 1.50%. Instead of the widely expected sell-off, Gold rallied 7% with a similar bottoming price action pattern around the rate hike days, going back to the December 2015 rate hike.

First, let us examine the long-term trend for Gold. Since August 1999, the secular uptrend was set in motion. Gold experienced a raging bull run for the following 12 years where it all came to a screeching halt in September 2011. During the bull run, Gold price increased seven-fold from a low of $253 to a high of $1920.

A correction of 45% ensued after the $1920 record high was formed in 2011. Interesting, the bear market in Gold ended at a significant pivotal point as well. Using the August 1999 low and September 2011 high as the projection points for referencing our Fibonacci retracement levels, it highlighted an important level at $1088. The $1088 area was the 50% retracement level which in hindsight worked perfectly for halting the prolonged correction since 2011. This long-term Fibonacci retracement level has higher credibility because it has stood the test of time. The 50% retracement level is also one of the more important points for anticipating reversal as the uptrend regains control.

Gold did fall marginally below the 50% Fibonacci retracement level ($1088) in December 2015 to a low of $1046 shown by the highlighted area, but the bulls were ready to defend that key level. For the first half of 2016, Gold made strong advancement of up to 29% to a high of $1375, signalling a stable floor at around the long-term 50% Fibonacci retracement level ($1088) which we would not probably revisit anytime soon. Moreover, the firm bullish rejection off the $1088 area since December 2015 also coincided with the formation of the 8-year cycle making it a stronger bottoming point. Gold follows an 8-year cyclical bottom pattern where it forms a major bottom in between every eight years where it enters into an intense secular bull market. This has been true since 1985, and the pattern seems to be unfolding right in front of our eyes once again.

Relating back to current times, Gold is currently at a major crossroad to decide if the explosive bull run begins or not. With much consolidation since June 2013 where Gold price ranged between $1392 to $1131, a bullish reversal pattern was formed.

An inverted Head and Shoulders pattern was established after seeing a rally in 2017 as the formation of the right shoulder is completed. One can treat the bearish break below the $1131 range low in 2015 as a false breakout hence leading to the formation of the head to the inverted Head and Shoulders pattern. More importantly, for this bullish reversal formation to usher in more bullish momentum, the bulls need to break and close Gold price above the neckline (downtrend line) shown by the black line at $1350. As of now, price is testing that key area.

The longer the consolidation, the greater the move once the bullish breakout occurs. With Gold consolidating for the past four years, we can expect the rally to be forceful once it breaks out of the neckline. The target projection from the inverted Head and Shoulder pattern return a price target of $1700.

In summary, the long-term outlook for Gold remains solidly bullish as the 8–year cyclical bottom was firmly supported by the long-term 50% Fibonacci retracement level at $1088. The only missing key now is for the buyers to break and closed above the neckline ($1350) convincingly on a monthly basis to kick-start the raging bull market in Gold. Our long-term target on Gold is $1700 based on the inverted Head and Shoulders pattern and $1920 based on the 8-year cyclical bottom pattern.