GLP’s China portfolio performance weakened as lease ratio dipped 2 ppts to 85% while effective rent has dipped 1.8% QoQ to RMB1.04/SQM/day as certain markets in China continue to face rising vacancy rates which has been exerting pressure on rent. Management mentioned that they will be focused on boosting portfolio performance in occupancy and rental rates moving forward. While we are optimistic that vacancy rates could improve as 4Q17’s occupancy took a hit from a significant amount of space that required stabilisation, rents could continue to face pressure in the next few quarters as effective rent growth on renewal continues to dip (4Q17: 4% QoQ, 3Q17: 5.3% QoQ) despite more favourable market conditions.

GLP has syndicated its stake in GLP US Income Partners III (USIPIII) from 100% to 49.9% as at 31 March 2017, and is expected to further syndicate its stake to 9.7% by 2H18. Post-transaction, the Group’s cash position is expected to grow to US$1.3 billion where net gearing ratio is expected to drop to 17.7% (4Q17: 19.2%), giving it plenty of room to pursue acquisitions. GLP targets a net gearing ratio of 40%. Given the favourable and growing dynamics of logistics properties in European markets, we view that the management could look beyond its current key markets for growth opportunities.

The Group is likely to face some near-term headwinds in the key markets of China and Japan amid a near term oversupply condition. However, given its exposure to the strong markets (Tier-1 and 1.5 cities) in China backed by a strong balance sheet to pursue growth, we opine that the impact is unlikely to be significant.  We maintained our “Neutral” call with an upgraded TP of S$2.87, following the payback of capital securities which has boosted the Group’s net debt position. 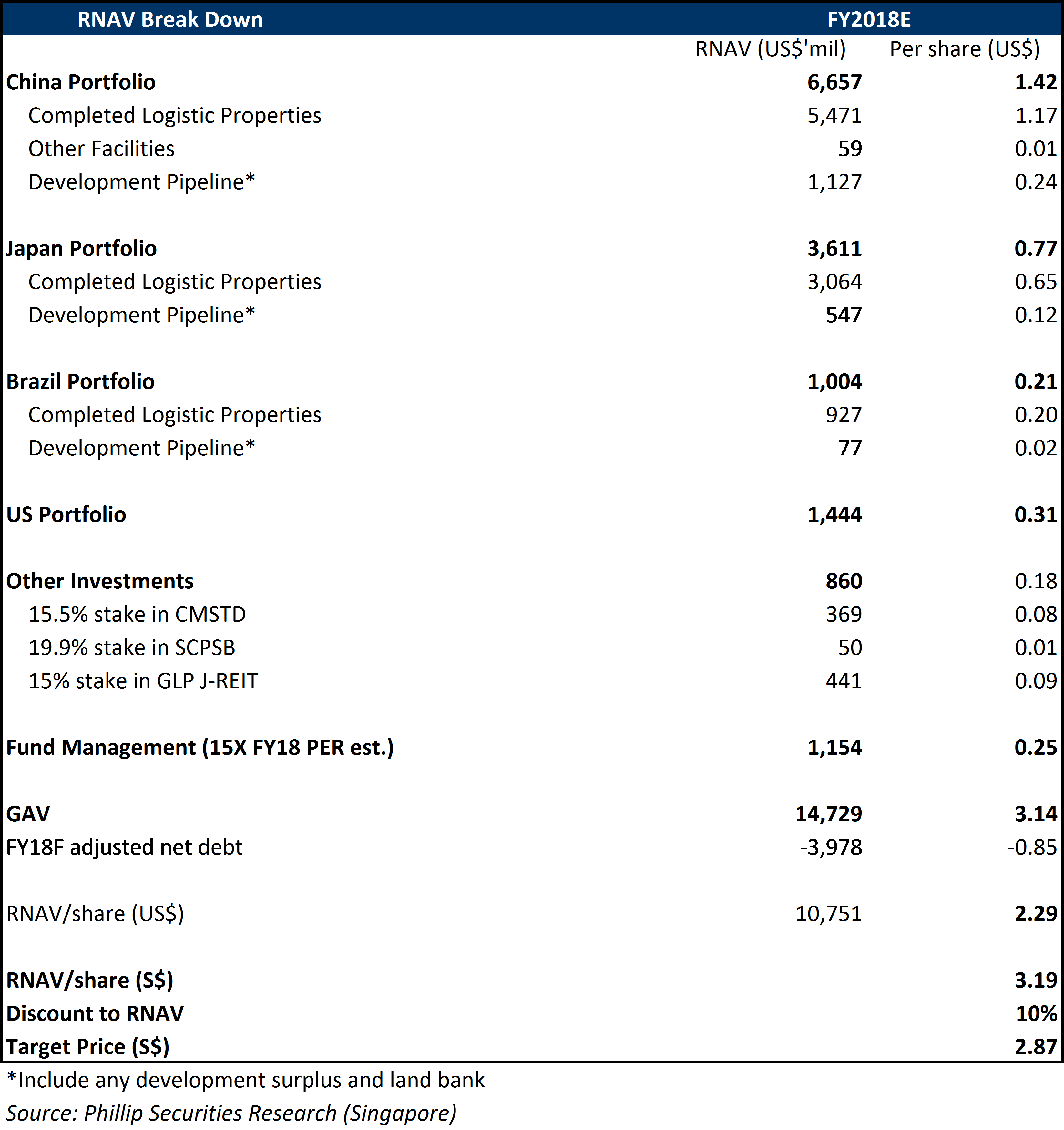