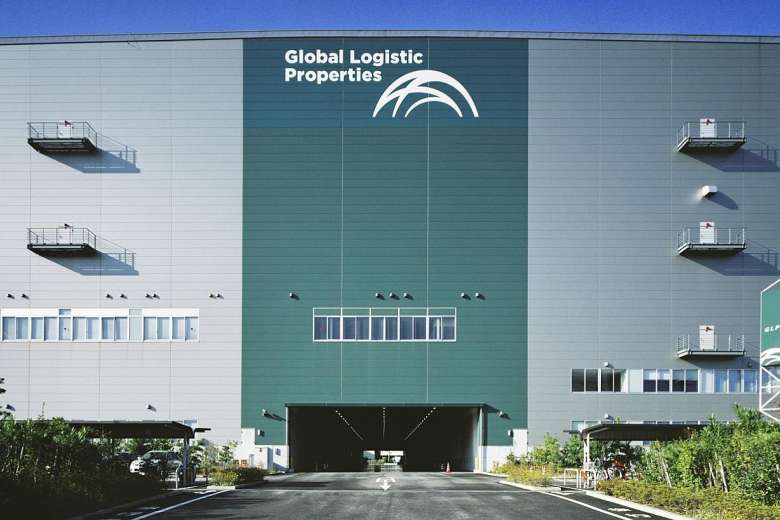 Greater demand for logistic space in China; Outlook of China market is bright

The demand for logistic space improved significantly as new and renewal leases in GLP’s China portfolio expanded 32% quarter-on-quarter (QoQ) to 3.3 million square metres, while customer retention was up 8 ppts to 68% underpinned by improving market conditions. Additionally, effective rent growth on renewal leases was up 6.3% (1Q17: 6.2%) and lease ratio sustained at 87%. We expect renewal rent growth to continue growing in the 6% territory for the remaining 17% of leases expiring in the next two quarters. We also expect lease ratio to continue remaining stable in the next few quarters as US$406m of new development starts were started in areas facing limited new supply and committed with an average lease ratio of 92%. The management expects cap rate compression (currently 6.4%) to its China portfolio of properties moving forward.

Operating performance of Japan portfolio in 2Q17 continued to remain stable as effective rental grew 2.7% year-on-year (YoY) to JPY1,121/sqm/mth, representing the fifth consecutive quarter of growth. Retention ratio was up 2 ppts YoY to 72% in 2Q17 while effective YoY rent growth on renewal leases gained 4.5% (1Q17: 2.1%). However, lease ratio was down 1 ppt YoY to 98% where lease ratio in Japan portfolio has maintained at 99% since FY13. This was due to a growing supply of new logistic space coming into the market. However, with GLP’s focus in the stronger markets such as Tokyo and Osaka (90% of Japan portfolio), we are of the view that the impact is unlikely to last and limited on operating performance.

Management commented that the monetisation of Chinese assets is ongoing and can expect an update in the next six months. While we acknowledge that the move is a catalyst to unlock shareholder’s value, we view that GLP need not rush into these plans considering that growth momentum is beginning to return to the China markets which is expected to benefit asset valuations in the upcoming months. Secondly, gearing on its balance sheet remains low (14.8%) which grants the Group plenty of headroom for leverage should opportunities arise – the Group has a target gearing of 40%. On top of these factors, the strong interest level for asset acquisitions by institutional investors grants GLP the required time to negotiate, and structure a deal that is likely to be attractive for asset monetisation.

We expect GLP to continue being a beneficiary of the improving landscape in China which will in turn fuel demand for logistic space. The growing supply of logistic space in Japan is likely to have near term but limited impact on Japan’s operating performance. The potential asset monetisation plans for its China assets is a catalyst to watch for in the upcoming months. We maintain our “Accumulate” rating with an upgraded TP of S$2.31. 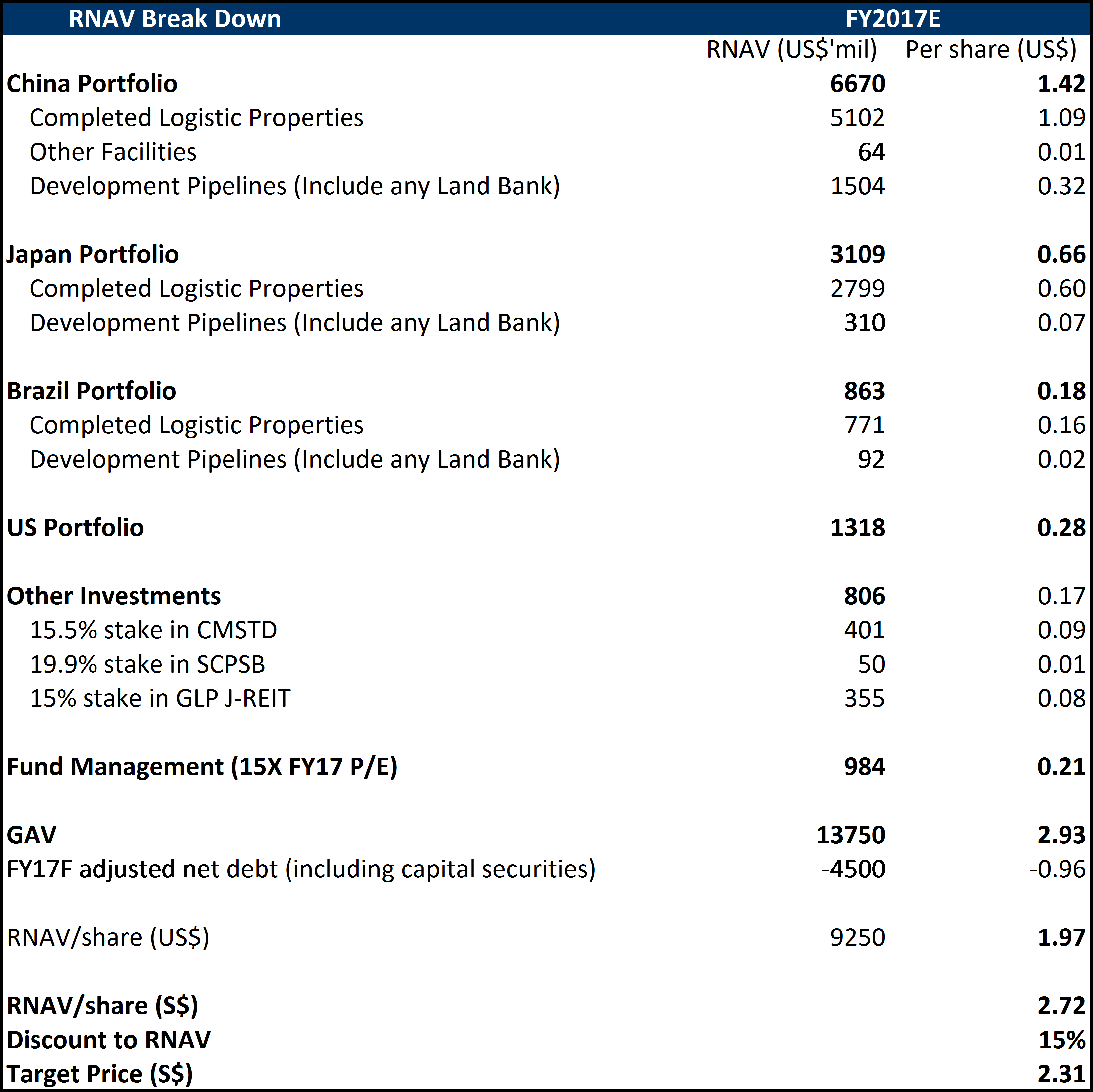