2) Global coal consumption has been trending up, peaking in 2013 but remains elevated.

Over the past 2 decades, climate change and global warming have increasingly been major concerns amongst all major economies. From the enactment of Kyoto Protocol in 1997 to the recent Paris Agreement in 2016, more than 190 countries have arrived at the consensus to reduce greenhouse gases emissions collaboratively. Correspondingly, parties such as policy makers, green energy technology innovators, and environmental protection groups have been involved in subduing consumption of fossil fuels, mainly oil, coal, and natural gas, which is the major cause of greenhouse gases. However, up to this day we only see nuance in the evolvement of the structure of world energy consumption source amid the advocation of green energy for years.  According to BP Statistical Review of World Energy 2016, as of 2015 fossil fuels took up 86% of total energy consumption, down only 3% from that in 1985, see Figure 1. Throughout this period (1985 to 2015), total consumption grew from 7,179mn tonnes oil equivalent (mtoe) to 13,147 mtoe with compounded annual growth rate (CAGR) of 2%, see Figure 2. Therefore, we can conclude that transformation of energy consumption patterns is a long process with slow progress. Even though renewable energy has shown high growth in recent years, it lags far behind the consumption of fossil fuels, which remain a widely used source of energy especially in developing economies. 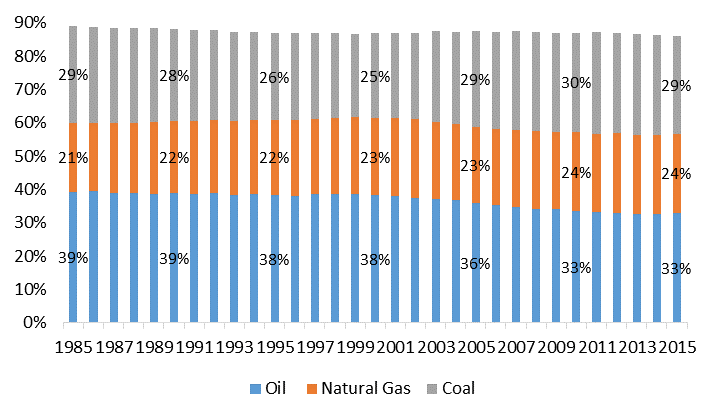 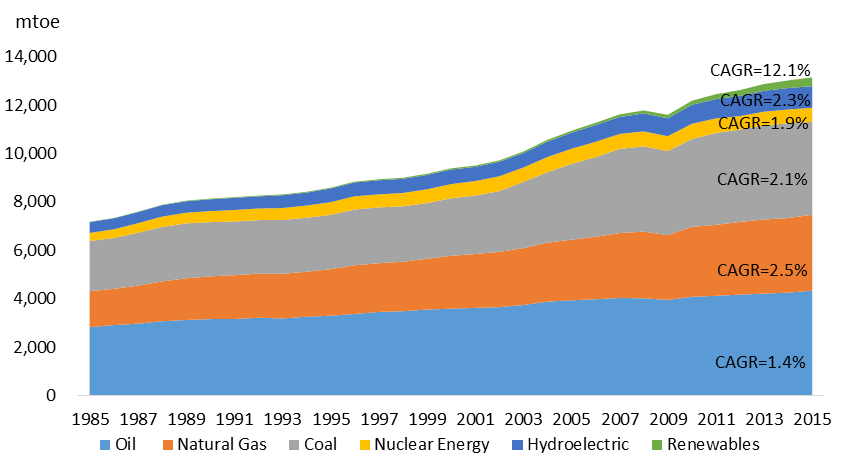 Coal, as mentioned above, which takes up 29% of total energy demand, has been primarily used for electricity and heat generation. Population growth, industrial prosperity, climate variability, as well as regulation, collectively impact coal supply and demand, which are the determinants of underlying price. As shown in Figure 3 below, global supply and demand of coal stagnated below 2,300 mtoe per annum before 2000. Entering into the 21st century, coal enjoyed a euphoric growth with a respective increment of 55.9% in production and 52.7% in consumption from 2000 to 2010. The phenomenal upspring was attributed to China, the largest coal consumer, which successfully joined World Trade Organisation (WTO) in 2001. Since then, the boom in China’s manufacturing industry had pulled up coal supply and demand. During this period, the gap between coal production and consumption was negative each year (demand over supply) except in 2001 and 2010 when the gap came in close to flat at zero. The bottom in 2007 followed by a V-shaped rebound, suggests that production was driven by consumption. From 2011 to 2014, the coal market experienced excessive supply due mainly to the ramping up of capacity in coal production in Asia Pacific amid sluggish growth of consumption worldwide, as we see the supply-demand gap in Asia Pacific turn positive, albeit briefly, for the first time in over 3 decades(Figure 4). 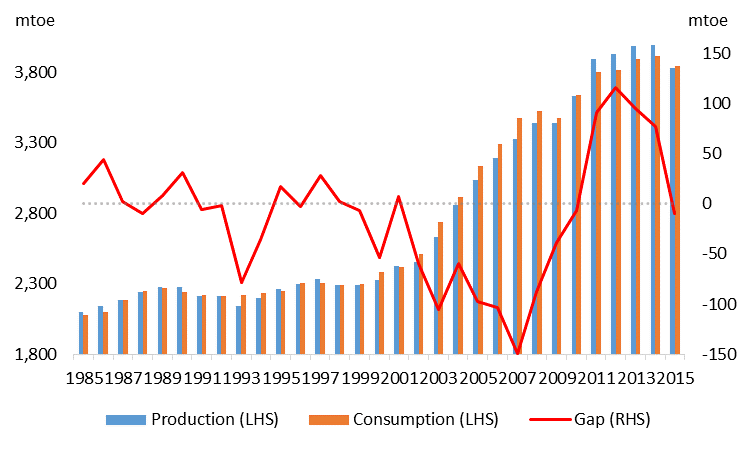 Figure 4. Breakdown of gap between production and consumption 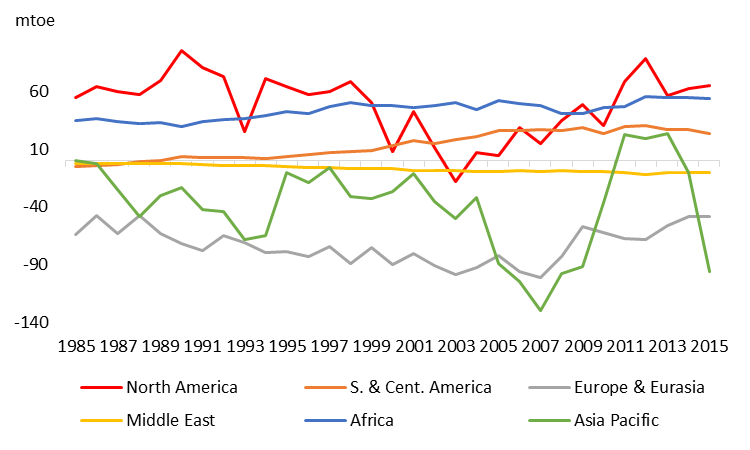 Moving forward, International Energy Agency (IEA) forecasts the contribution from coal to total world energy consumption will be reduced from 30% in 2015 to 27% by 2021 in the “Coal Medium-term Market Report 2016”. Demand from Europe and North America continues to shrink, while Asia remains the major market for coal. Consumption in Japan and Korea is expected to retain solid growth, and that in other Southeast Asia emerging economies such as India, Vietnam, and Indonesia likewise displays a strong growth trend. Though China plans to curb coal demand going forward, its dominance in coal market still prevails in the foreseeable future. All in all, coal’s demand shift to the east, shown in Figure 5, will accelerate since it is the most affordable energy for developing countries in Asia. 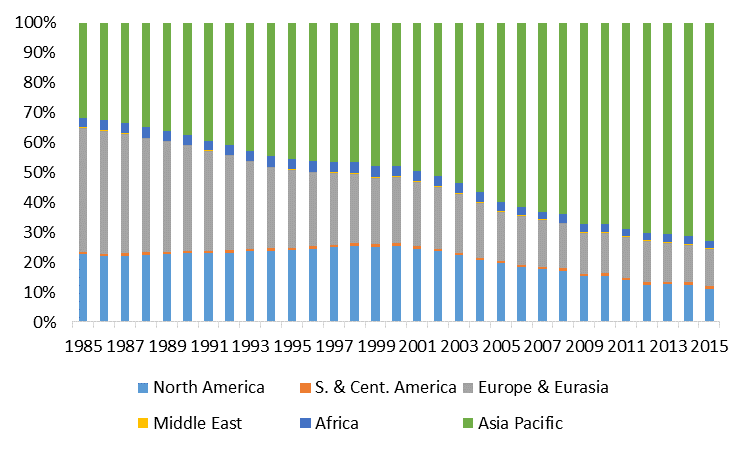