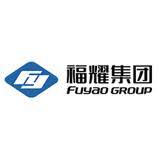 Investment Summary
Q3 Results Exceed Expectations According to Q3 report of Fuyao Glass, during the first three quarters, the Company recorded operating revenue of RMB13.78 billion, down by 11.9% yoy. Net profit attributable to the parent company was RMB1.72 billion, down by 26.6% yoy. The operating revenue of Q3 was RMB5.66 billion, up by 5.8% yoy. Net profit attributable to the parent company was RMB760 million, down by 9.8% yoy. The foreign exchange loss in the first three quarters was RMB180 million, and the profit in the same period of last year was RMB254 million. The foreign exchange loss in Q3 was RMB310 million (the profit in the same period of last year was RMB220 million). Excluding the impact of foreign exchange, the Company’s actual profit in Q3 increased by 56.7% yoy, better than the market expectation, and the results in the first three quarters only decreased by 0.4%. Significant Increase of Gross Margin and Well-established Leading Position Thanks to reduction of SAM losses, improvement of capacity utilization, rising price of float glass and reduction of external sales, as well as improvement of product mix, the Company’s gross margin in Q3 increased significantly by 4.1% yoy and 4.3% qoq, respectively, to 41.4%, which is the highest single quarter since 2019. At the same time, the Company strengthened expense control while maintained R&D input, with the sales expense rate of 6.9% (-0.1pct yoy), the administration expense ratio of 9.4% (-0.4pct yoy) and the R&D expense ratio of 4.1% (+0.5pct yoy). Due to the fact that the foreign exchange loss increased by RMB530 million yoy, the financial expense ratio was 5.4% (+8.7pct yoy). During the first three quarters, the decline of the Company’s domestic automotive glass revenue was better than the industry, reflecting the increase of the Company’s domestic market share. The overseas epidemic has caused the competitors to suffer more severely, and the Company is expected to take advantage of the resumption of production to expand its overseas market share, and further strengthen its position as a global glass leader. The upgrade path of the Company’s products is quite clear. During the first three quarters, the share of high value-added products, such as insulation, head-up display and switchable glass, increased by approximately 2.6 ppts compared with the same period last year. As HUD glass and awning glass are leading the trend of automobile specification improvement, the product mix and market coverage of the intelligent glass application company will usher in a broader development space and promote the sustainable growth of subsequent result. Overseas Business Bottomed Out and Interior Business Is About To Make Profit The two major overseas businesses of Fuyao Glass have improved significantly. The US factory made a turnaround in Q3 with a profit of USD13.7 million, and its profitability is expected to increase further in Q4. The German SAM factory reduced its losses, with losses of EUR12.22 million in Q1, EUR13.95 million in Q2 and EUR5.7 million in Q3, respectively. The factory is expected to be close to break-even, when its losses fell sharply qoq in Q3. The matching value of single vehicle is 2-3 times that of automotive glass. We believe that SAM acquired by the Company in 2019 will have great performance flexibility in the future after one and a half years of integration.