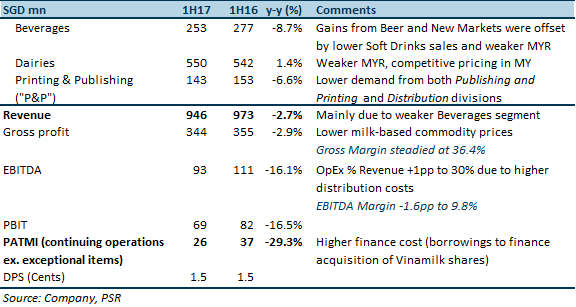 We reviewed this set of results on half-yearly basis to eliminate the impact arising from earlier Chinese New Year this year. 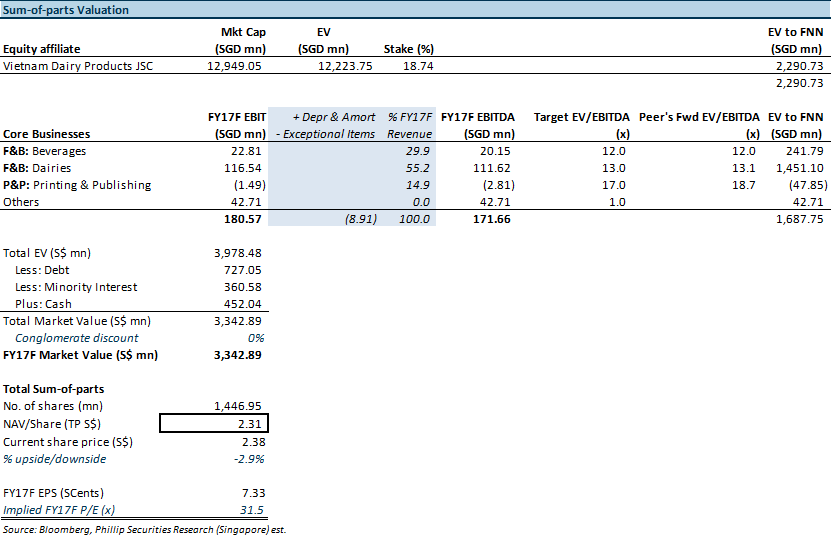 FNN is currently trading at Trailing P/E of 33.7x, and our TP-implied FY17F P/E is at 31.5x, which are higher than its ASEAN Beverages peers at 18.1x and 18.5x respectively. While operating environment in Malaysia is expected to remain challenging, the additional stake in Vinamilk will allow FNN to reap greater streams of dividend income and increase its exposure to Vietnam. Thus, with a new TP, we upgraded our rating to “Neutral” as we wait for a bigger game changing catalysts.

We expect FNN to fund any acquisitions via borrowings and/or internally generated fund. Current net gearing ratio is at 3% and at 8.5% by end-FY17F, i.e. further headroom before hitting its ceiling of 80%.