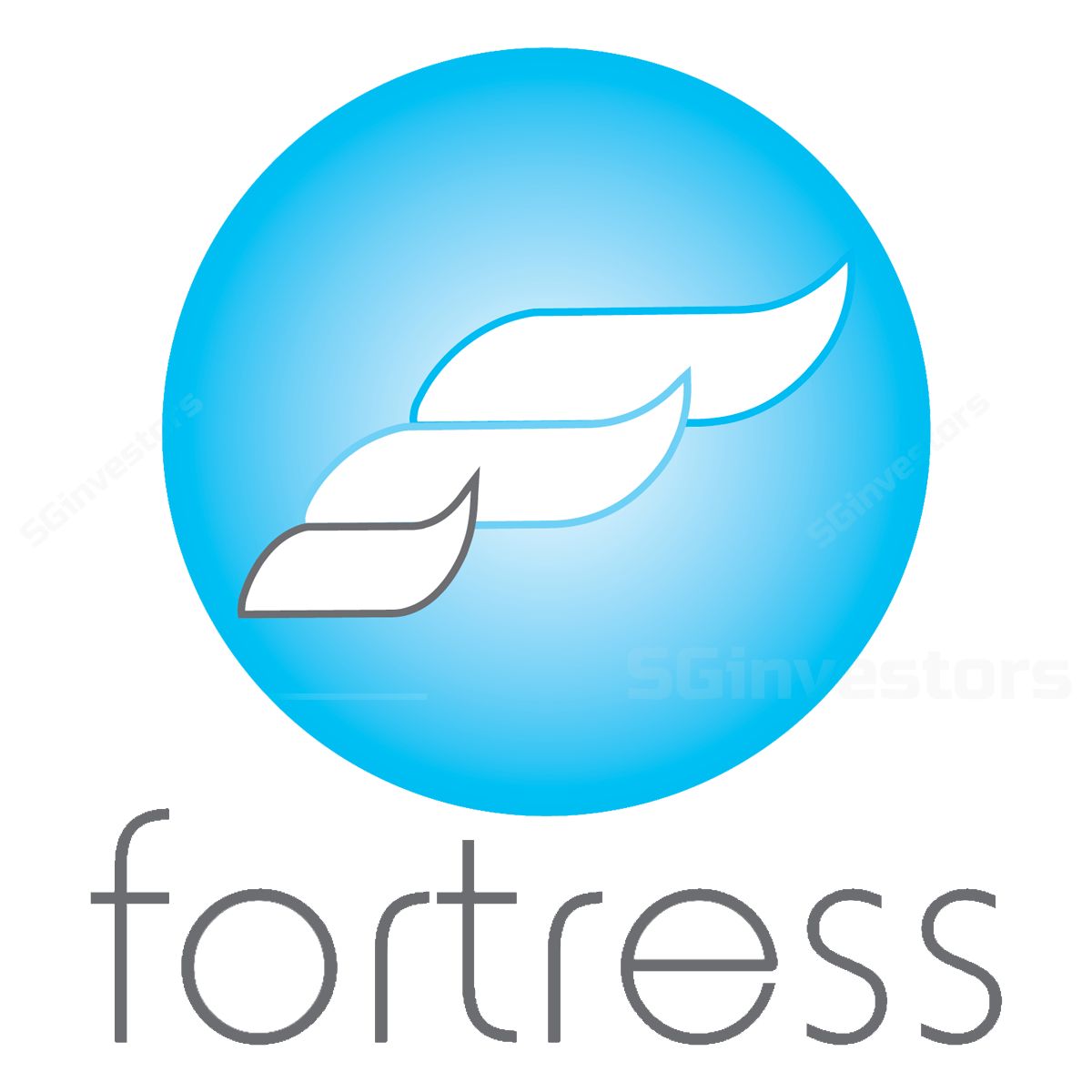 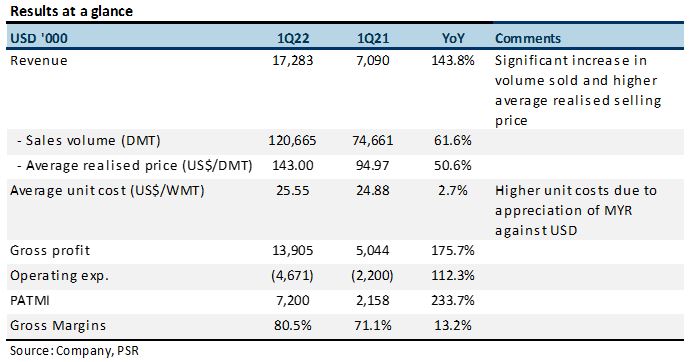 + Steady increase in volume. Iron-ore concentrates sold increased 61.6% YoY in 1QFY22. This lifted revenue by 143.8%. QoQ, volume sold and revenue were down 19.2% and 0.3% respectively, mainly due to seasonality.

– From net cash to net debt. Bank borrowings increased to US$22.8m for financing its acquisition of Fortress Mengapur in January 2021. From net cash of US$9.4mn in 1QFY21, the company booked net debt of US$10mn in 1QFY22. Still, we are expecting a net-cash position for the full year of FY22e, on the back of higher cash from higher net profit on a full-year basis.

There are also uncertainties in global iron-ore supply. In 1Q21, major Brazilian iron-ore producer, Vale, recorded 28.4% QoQ decline in iron ore sales, due to operational issues and maintenance at its S11D mine.

As such, we expect prices to remain above US$140/DMT. Current prices are about US$200/DMT.

MCO 3.0. Malaysia was placed under MCO 3.0 from 1 June to 28 June 2021. This affected mining at FML’s Bukit Besi mine. Thereafter, its government extended MCO indefinitely until certain benchmarks are met.

On 5 July 2021, certain states such as Terengganu and Pahang, where FML’s mines are located, moved to Phase 2 of a 4-phase National Recovery Plan. Parameters for transitioning to the different phases of the National Recovery Plan will be applied at the state level, to allow individual states where local Covid cases have been stable to transition earlier.

With this, mining at Bukit Besi resumed at an approved worker capacity of 80% on 5 July 2021. Mining has since gradually returned to normalcy.

Fortress Mengapur. FML maintains its target of commencing iron-ore production at Mengapur by end-FY22e. Contributions from Mengapur have not been factored in.

We continue to peg the stock at the industry average, which is now 10x FY22e PE, down from 11x previously. Maintain BUY with catalysts expected from an increase in production and strong iron-ore prices.