What’s in the news and What do we think

Our target price incorporates a forecasted 2% annual rental escalation for FIRT’s Indonesian properties for 2018 and 2019. This translates to a forecasted Singapore CPI growth numbers of >1% for 2017 and 2018. We expect improving global economic prospects and MAS’ decision last week to maintain a neutral policy stance for an “extended period” to provide a support for inflation numbers. 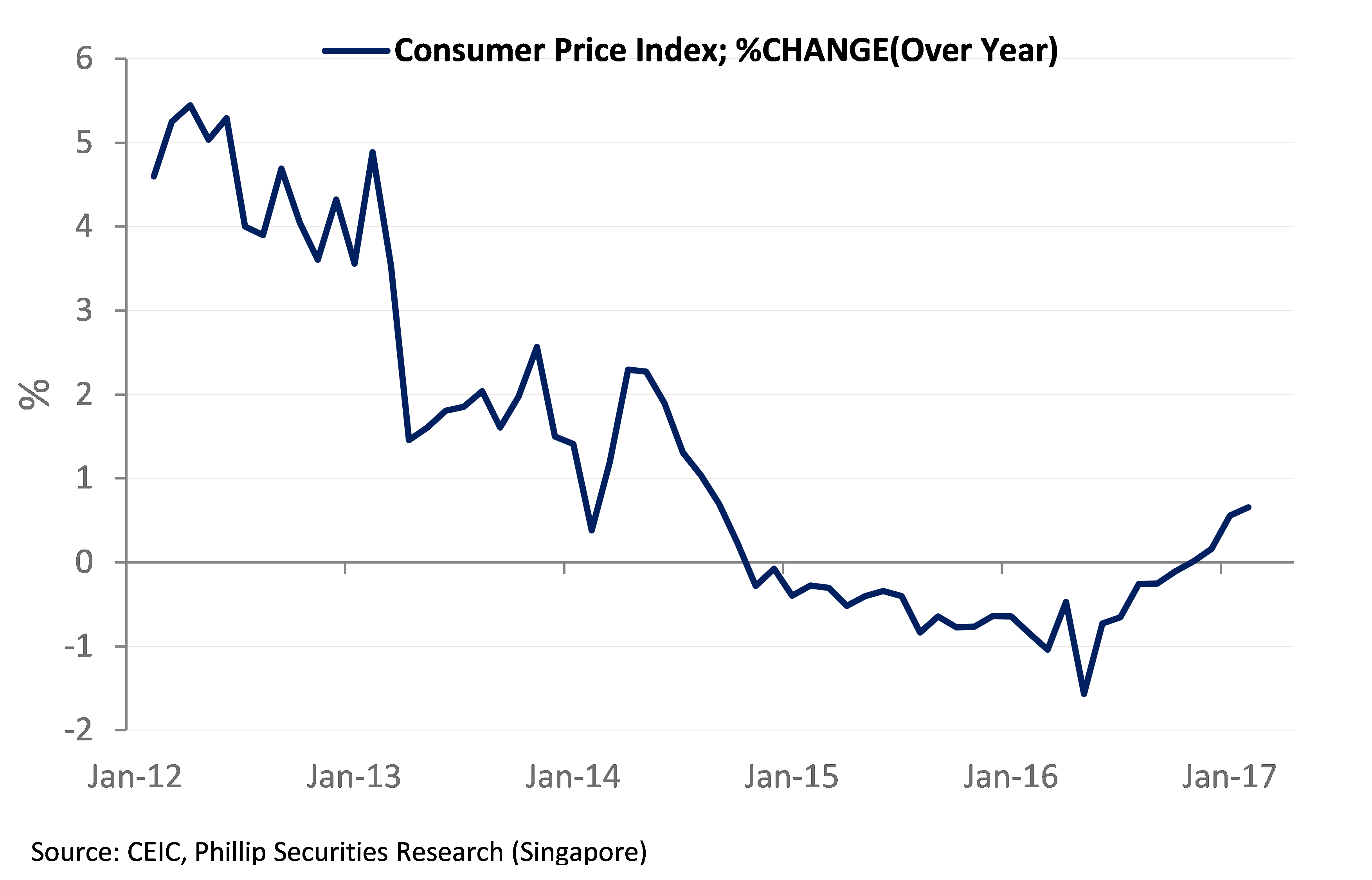 On the back of the 6% appreciation in share price from S$1.265 since the start of 2017, FIRT’s current price is c.1% above our target price. We downgrade our call from “ACCUMULATE” to “”NEUTRAL”, maintaining our DDM-derived target price of S$1.32.