– Receivables creeping up and potential further aging. Total receivables grew 10% QoQ to S$58.4mn in 1Q18, equivalent to 53% of FY17 revenue. Lippo Karawaci (LPKR), FIRT’s Sponsor and the master lessee of FIRT’s Indonesia properties, had been issued a credit downgrade by Fitch in Feb 2018 on the back of a significantly reduced cash flow access.

FIRT’s organic rental growth formula is structured to either be flat or positive. Hence the uptick in Singapore CPI for 2017 automatically locks in higher recurring revenue for FY19. Current gearing of 33.5% affords a debt headroom of c.S$101m (assuming 40% comfort threshold) to pursue inorganic growth via LPKR’s pipeline of 40 hospitals – two of which are ripe for injection this year. The Manager clarified that the new tax regulations in Indonesia relating to income received from building leases, are not expected to have any material impact as FIRT’s Indonesian properties are on master leases.

FIRT currently trades at the upper range of its post-GFC average valuation boundaries (figures 1 and 2). We maintain our NEUTRAL rating with a slightly lower target price of S$1.31, mainly adjusting for a different set of assumptions – primarily on acquisitions funding and finance costs – following a change of analyst. Potential catalysts include an improvement of the Sponsor’s creditworthiness while downside risks include a similar tax regulation change that would affect FIRT. Our target price translates to a FY18e yield of 6.8% and a P/NAV of 1.19x.

Figures 1 and 2: FIRT valuations vs historical 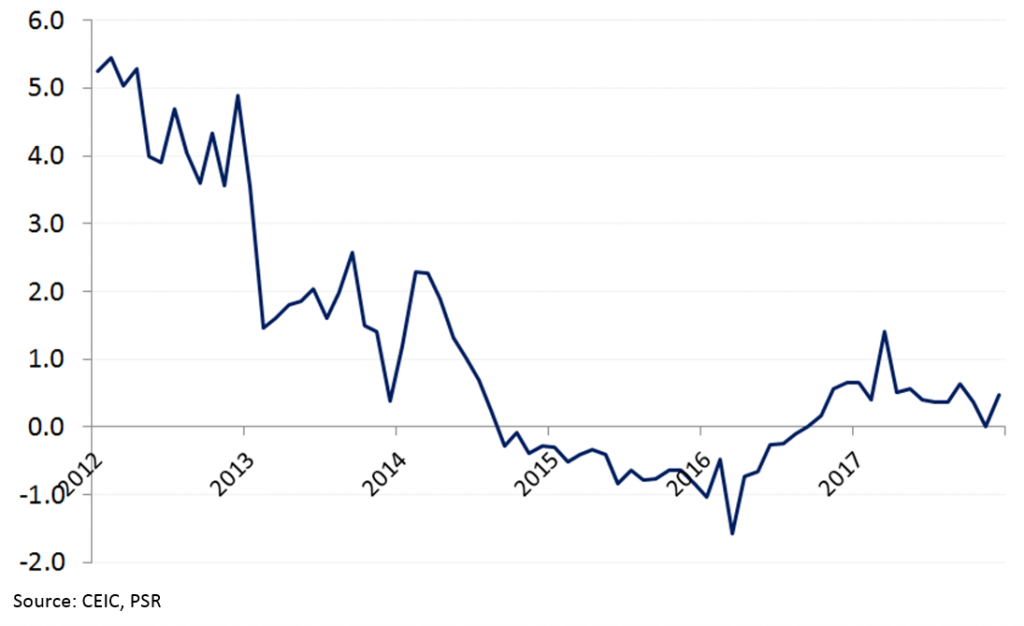