We were hosted to a site visit to four of First REIT’s hospitals in Jakarta by Management. All the hospitals we visited are operated by Siloam Hospitals (SILO IJ), a subsidiary of First REIT’s sponsor Lippo Karawaci and listed on Jakarta stock exchange. Below are our key takeaways from the visit.

State of the art equipment in Siloam Hospitals

To cater the middle-upper class of Indonesia, Siloam Hospitals (Siloam) boast of some of the most advanced medical equipment in the country. Since its founding, Siloam has been a pioneer in rolling out the latest technology in healthcare in Indonesia, such as in the use of MRI 3-Tesla, CT Scan 256 Slice, Rapid Arc Linear Accelerator and Gamma Knife. Siloam Lippo Village, for instance, houses the only Gamma Knife facility in the whole country (Figures 7 and 8). Gamma Knife is an advanced non-invasive radiation treatment for brain tumours and lesions.

Jump in revenue from BPJS. For FY16, patients from BPJS Kesehatan (BPJS) contributed 20% (FY15: 5-7%) of total Gross Operating Revenue for Siloam Hospitals, despite having only 16 out of 23 operational hospitals participating in the scheme.

Nationwide coverage by 2019. Currently, about 170mn citizens are enrolled in BPJS Health. The scheme is expected to cover all Indonesian citizens by 2019. By 2019, all hospitals in Indonesia (including private ones) are mandated to accept BPJS patients, with a regulation to allocate at least 20% of rooms to Class 3 wards.

With a low number of doctors per 1,000 population of 0.3 in 2012, Indonesia has a significantly lower ratio of doctors than neighbouring Thailand (0.7), Malaysia (1.3) and Singapore (2.0).  Only local doctors are allowed to practise in Indonesia. Lippo Group’s Universitas Pelita Harapan (UPH) has its own medical faculty where it trains doctors who will work in Siloam hospitals upon graduation. Except for new doctors on fixed pay, most other doctors are non-resident doctors with a profit-sharing remuneration system with the hospitals they work at. Doctors in Indonesia are allowed to practice at maximum 3 different hospitals. There are no regulations in Indonesia restricting the pricing of medical services.

Separately, on 15 October 2017, First REIT announced the acquisition of the hospital component of an integrated development in Yogyakarta (Siloam Hospitals Yogyakarta) for S$27mn. Rental yield based on an initial base rent of S$2.43mn per annum is 9%, in line with previous acquisitions, and higher than the blended average cost of capital of c.5.1% (using an assumed 60-40% equity-debt ratio). The terms and quantum of the acquisitions are within our forecasts. This brings total acquisition quantum for the year to S$57mn. 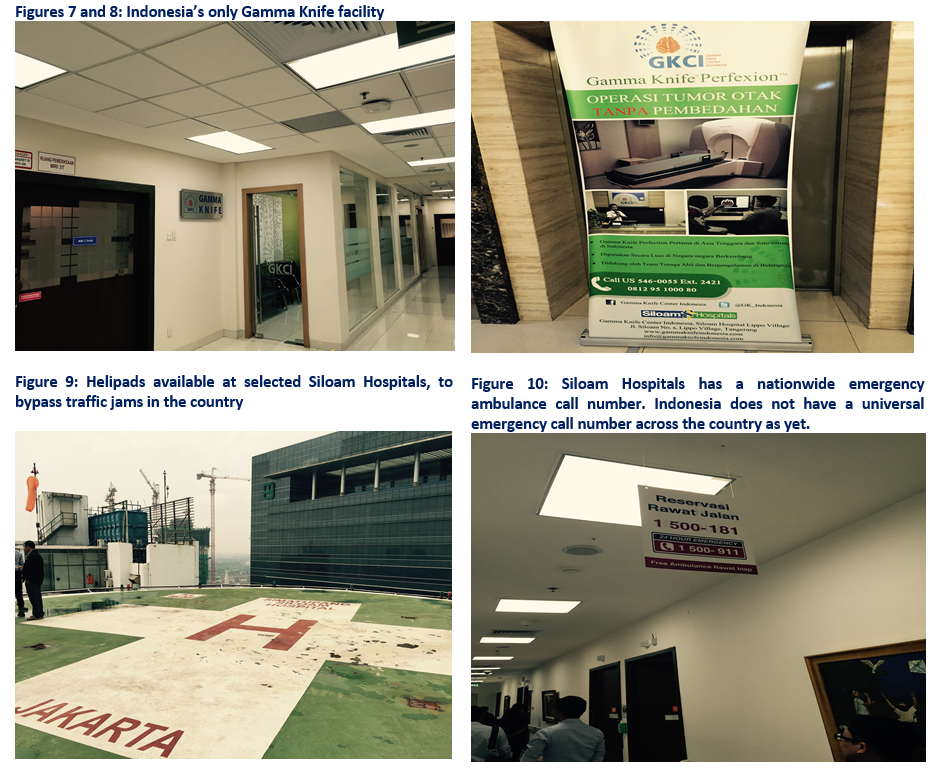