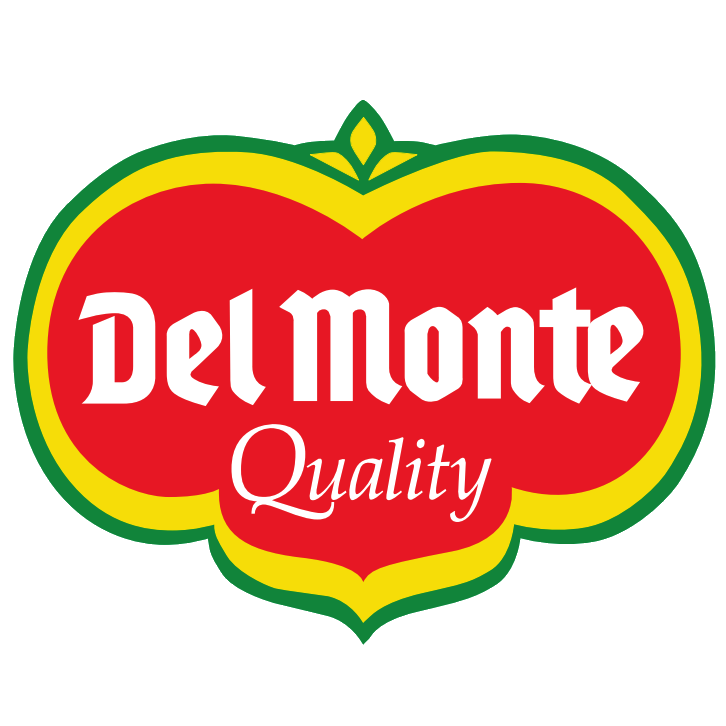 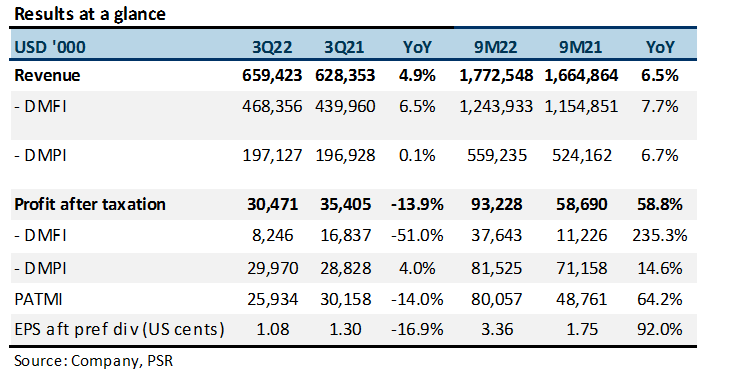 + US subsidiary Del Monte Foods Inc (DMFI) sales in 3Q22 increased 6.5% YoY. In the Americas, sales increased by 6.3% YoY to US$471.3mn due to higher sales from branded retail (+2.5% YoY) primarily core canned vegetable and fruit which more than offset planned reduction in private label sales. With the re-opening of schools and restaurants, sales from the food service channel grew significantly by 48% YoY.

+ Del Monte Philippines Inc (DMPI) in 3Q22 supported by both local and international sales. Asia Pacific sales increased 4.1% YoY to US$181.5mn. S&W branded business increased 11.2% YoY, driven by higher sales of fresh pineapples due to increase in volume in North Asia and Singapore, expanded distribution in China as well as price increases to counter inflation. In peso terms, sales in the Philippines rose 4.2%. Some growth was seen across almost all categories despite continued lockdown and lower foot traffic due to the pandemic, proving the strength of Del Monte’s market leader position in the Philippines.

DMPL announced that they will be redeeming all the outstanding US$200mn Series A-1 Preference Shares, which we expect the company to refinance through loans. This would increase interest expense, but net savings are expected as the new loans would be taken at lower rates. DMPL recently issued US$90mn 3-year unrated Senior Notes with fixed coupon rate of 3.75% payable semi-annually. This compares to fixed rates of 6.625% and 6.5% per annum for Series A-1 and A-2 preference shares respectively.

In October 2021, S&P Global Ratings raised the credit rating on DMFI to ‘B’ from ‘B-‘, and issue-level rating on its debt to ‘B’ from ‘B-‘. In January 2022, Moody’s upgraded DMFI’s Corporate Family Rating to B2 from B3. We expect DMFI to issue debt at a lower cost.