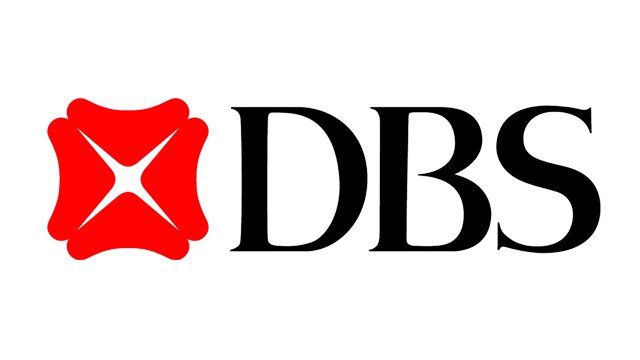 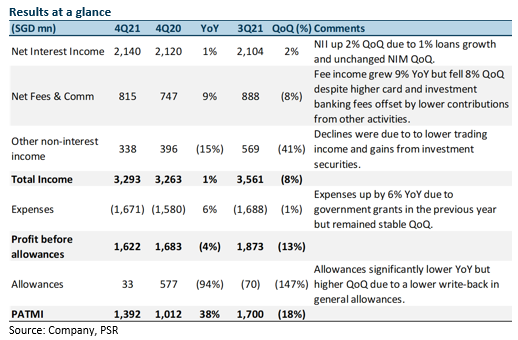 + Loan growth up 9% YoY in 4Q21. Loan growth was led by non-trade corporate loans with growth led by drawdowns in Singapore and Hong Kong. Housing and WM loan growth was sustained at the previous quarter’s levels. Full-year loan growth of 9% was the highest in seven years as growth was recorded across the region and a range of industries. Management has guided FY22e loan growth of mid to single-digit or better.

Business momentum strong: Despite economic uncertainties from Singapore’s return to Phase 2 (Heightened Alert), loans and transaction pipelines are expected to be strong.

GP reserves sufficient: With its capital position and liquidity – CET-1 ratio of 14.4% in 4Q21 vs 13.9% in 4Q20 – well above regulatory requirements and high allowance reserves, we believe the bank has sufficient provisions to ride out current economic uncertainties. If we were to include the acquisition of Citigroup’ Taiwan consumer banking business and MAS’ operational risk penalty, the CET-1 ratio of 13.3% is still at the upper end of DBS’ target operating range. 4Q21 DPS is up 9% to 36 cents, above pre-pandemic levels.

Upside from higher rates: DBS mentioned that a 1 bps rise in interest rates could raise NII by $18mn-20mn (or NII sensitivity of 2% for every 10bps). Assuming two rate hikes of 50bps this year, our FY22e NII can climb S$2bn (or 21%) resulting in an increase in our FY22e PATMI by 26%.