Dasin Retail Trust (Dasin) was listed on 20 January 2017 with three retail malls worth S$944.7mn. Just five months after listing, Dasin announced a yield accretive acquisition – Shiqi Metro Mall, for S$248.2mn. The current four malls in the portfolio span 243,632 sqm of net lettable area, all located in Zhongshan City, Guangdong Province, China. The Sponsor – Zhongshan Dasin Real Estate – has made available to Dasin a ROFR pipeline of 19 properties (10 completed properties and nine under development, across four cities – Zhongshan, Foshan, Zhuhai, Macau). Dasin’s distribution policy entitles unitholders to receive 100% of distributable income to unitholders for FY17 and FY18, followed by 90% of distributable income to unitholders in respect of FY19 and onwards.

There are two relevant risk factors for Dasin:

Dasin Retail Trust (Dasin) is a business trust listed on the SGX Mainboard. It is primarily invested in retail assets in China. Dasin listed on 20 January 2017 with three malls and subsequently acquired a fourth mall just five months after listing. All the four malls are in Zhongshan.

Summary of the four malls

LEASE STRUCTURE OF MALLS
a. Occupancy: All four malls registered 100% occupancy as at 30 September 2017. 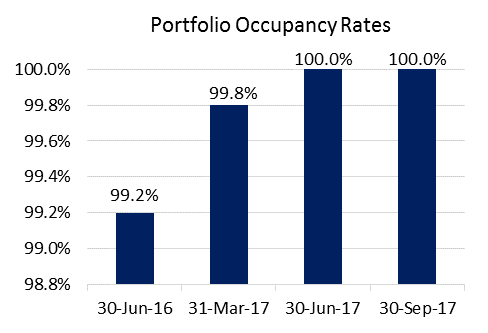 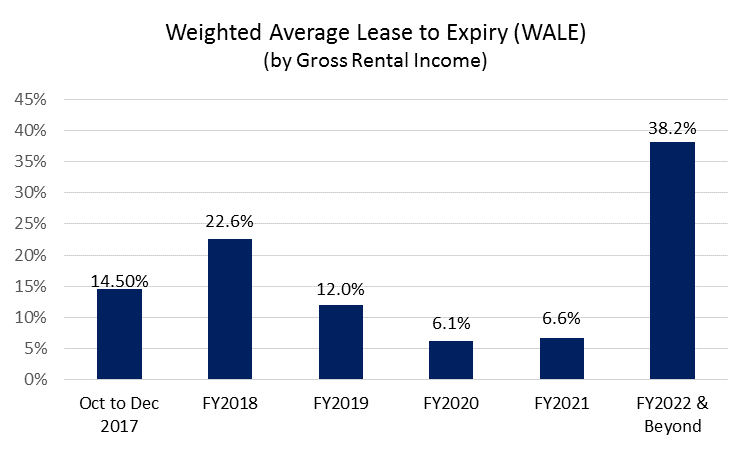