CES officially launched Granduer Park Residences, a 720-unit condominium development project, last weekend on 4 March 2017. The development is located in the Tanah Merah district along New Upper Changi Road and approximately 200 metres away from the Tanah Merah MRT Station. CES sold 420 units (c.58%) on the first weekend of the new development’s launch. Out of which, majority of these units are comprised of 1-bedroom and 2-bedroom apartments (39 sqm to 58 sqm).

What do we think of this?

S$79m in development profits to be recognised progressively; SG12 cents added to our FY17 RNAV estimates

We first highlighted the pre-launch details of Grandeur Park Residences in a previous report dated 21 February 2017 where average selling prices (ASP) of S$1,350 PSF transacted at the development came in within our expectations. We expect CES to generate cost savings in construction costs for the development, as the land site does not require prefabricated prefinished volumetric construction system as well as taking construction works in-house. We are expecting CES to potentially lock in a development margin in the range of 16 – 19% and progressively recognise development profits after taxes of S$65.6 million from the sale of 420 units. We have included contributions from the sales of the 420 units in the new development and added SG12 cents in our FY17 RNAV estimates.

Sales volume expected to moderate in the development as remaining units are larger in size; Demand is likely to remain strong as inventory of unsold units in vicinity is declining

The sizes of remaining unsold units are mostly three bedrooms which are ranging from 82 sqm to 135 sqm, translating to purchase prices of S$1.2 million to S$2 million. We are expecting sales volume to moderate in the development for the rest of the 300 unsold units due to their higher purchase prices. This is because units with prices in the sub S$1 million range will typically sell faster compared to more expensive units amid the 60% total debt servicing ratio requirement. However, we are optimistic that CES will be able to maintain the current ASP as demand is likely to remain strong amid a shrinking supply of unsold units in the vicinity. The two nearby developments, Eco (99.6%) and The Glades (84.4%) are mostly sold where the two developments have 116 units left unsold as at 4Q16. 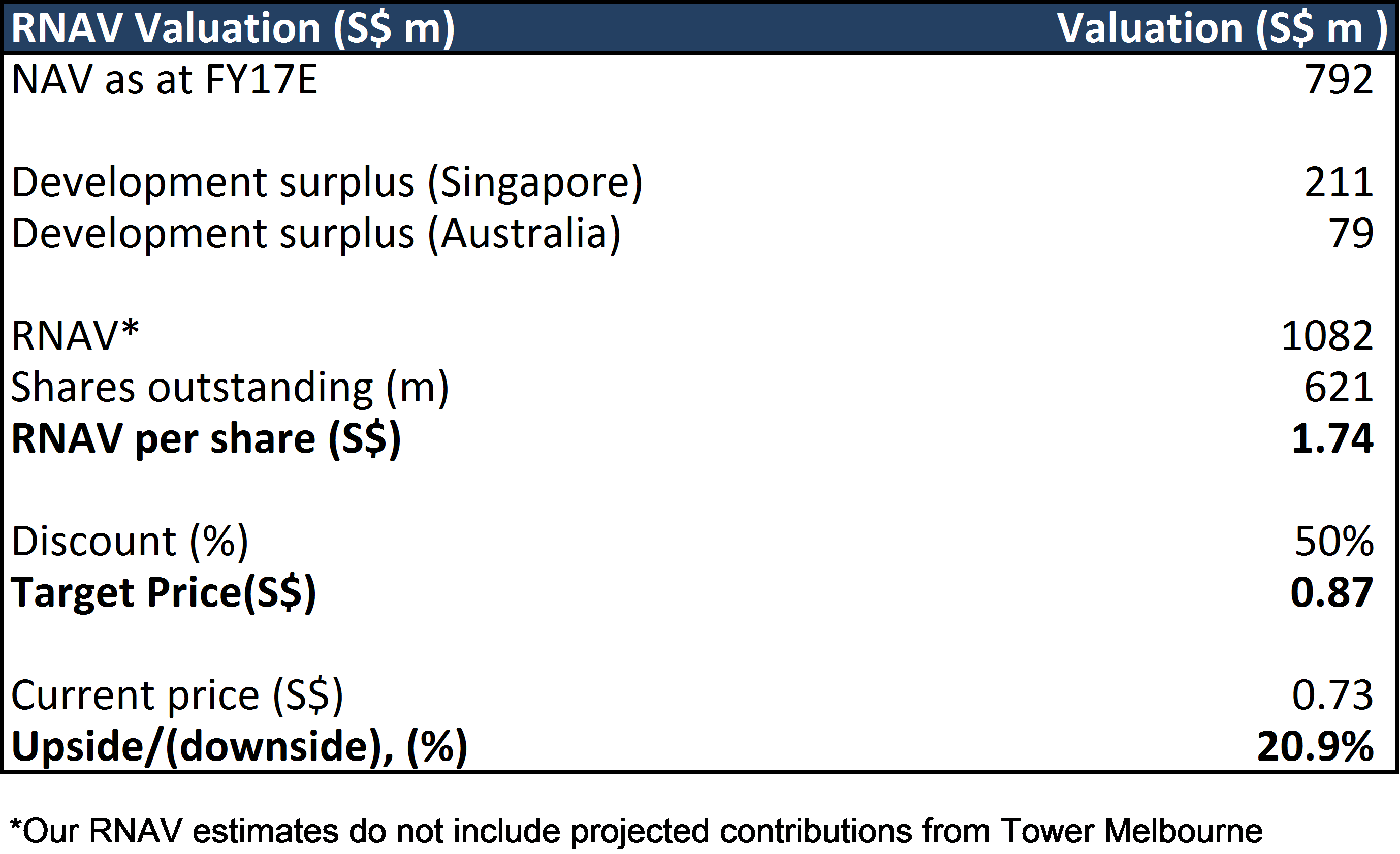