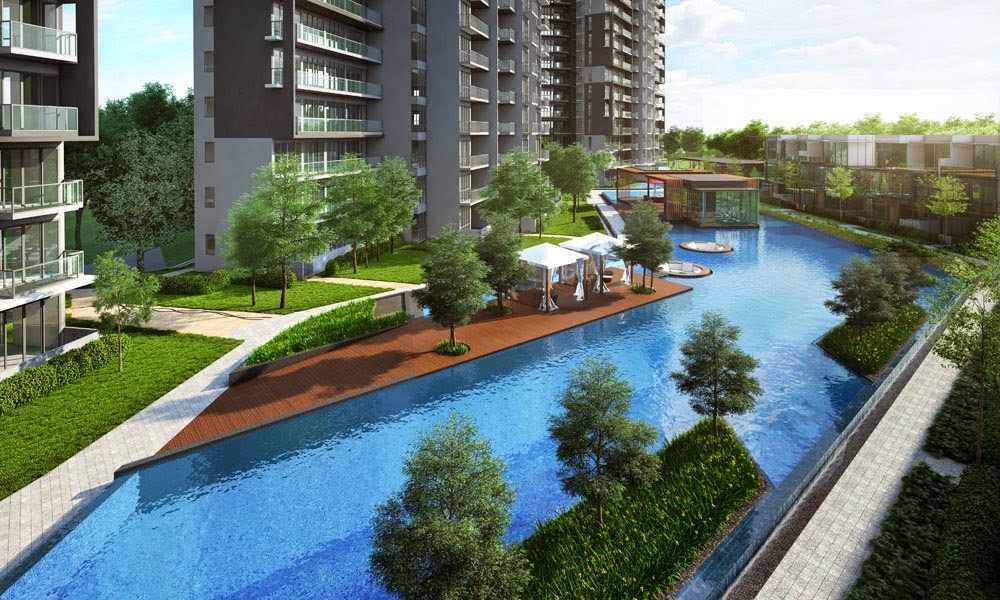 Sales volume in CES’ 128-unit freehold development project, Fulcrum, moved eight units (6.3% of total units) in 3Q16 at an average selling price (ASP) of S$1907 per square foot (PSF), down 2.4 percent compared to 2Q16. Our ASP estimate for Fulcrum remains unadjusted at $1,600 PSF and view that this is a realistic and conservative estimate. However, we have adjusted our estimated breakeven costs upwards to S$1,442 PSF to factor into the additional interest costs. Our estimated ASP of S$1,600 will result in a potential development margin of 11%, translating to a 1.3 cents addition to our RNAV estimates. We are anticipating further price cuts at Fulcrum to accelerate sales as competition intensifies with more development projects being due for qualifying certificate (QC) fees in 2017. CES is not pressured to substantially cut prices for now considering that QC extension fees is only due in early 2018, which means the Group still have at >17 months to complete the sale of the remaining units in the development in order avoid QC fees.

Management mentioned that they are currently revising the floor plans of the remaining unsold units in Willow Apartments (<50%) to accommodate homebuyers’ preference for larger sized units. As purchase price will increase following the introduction of larger floor plans, Management has reduced the initial down payment requirements to 5% of the purchase price. We are of the view that sales momentum is likely to pick up following the revision of floor plans. The handover of units is on track and slated to happen in 2H17. The litigation issue at Tower Melbourne involving the owner of an adjoining property is still ongoing, where the owner has filed an appeal against a new demolition plan of the current building which CES has already obtained a favourable determination. The Group is currently awaiting a hearing date for the appeal to be confirmed. While we acknowledge there is still adequate time for the development to be completed and handed over by the stipulated time before the exercise of the “sunset clause”, we will continue to exclude development profits (c.S$76.3 million or RNAV: c.S$0.12) from Tower Melbourne until there are more certainties.

We acknowledge that there are near term headwinds for the Group’s Fulcrum development project, however, we believe that the Group will be able to move the remaining units at the healthy development margin. We have not factored in the potential development profits (S$0.12) from Melbourne Tower to our RNAV estimates due to the ongoing litigation issue until more certainties are in sight. We maintain an “Accumulate” rating on CES and an unchanged TP of S$0.72 based on our FY16 RNAV estimates.

Launch of two new property development projects by July 2017 is expected to add S$1.2 billion in GDV as existing inventory begins to thin

CES is on track to launch two new property development projects in Singapore and Australia in 1H17 and 2H17 respectively, as existing inventory of unsold development units is thinning out. Most of its development projects are close to fully sold (High Park Residences: 98.8%) except for Fulcrum (41%) and Willow Apartments (c.50%). Considering the smaller gross development value (GDV) of Willow Apartments (A$32 million), it will not be a significant contributor to revenue as compared to other projects with higher GDV such as High Park Residences (S$600 million based on CES’ 60% share) and Fulcrum (S$200 million). Hence, the only major contributing project remaining is Fulcrum where it has 59% of units left for sale translating to S$118 million in GDV by our estimates. The GDV attributable from Fulcrum alone made up close to twice of the revenue from the Group’s property development (S$67.9 million) in 3Q16. We estimate the two new development projects to be launched in FY17 to add a GDV of c.S$1.2 billion.

CES bagged two contracts in August 2016 worth a total of S$267.8 million involving the supply of precast components and the carrying out of construction services for a HDB project in the Bidadari area. We have assumed a blended gross margin of 5% for the two contracts (compared to 7% gross margin for the existing projects) and are of the view that the assumption is realistic considering the current competitive climate in the civil engineering sector. The gross margin projection is the same for the Civil Engineering projects that are undertaken by Hock Lian Seng Holdings which is under our coverage. The two contracts have boosted the Group’s order book by 43.7% to S$628.4 million.