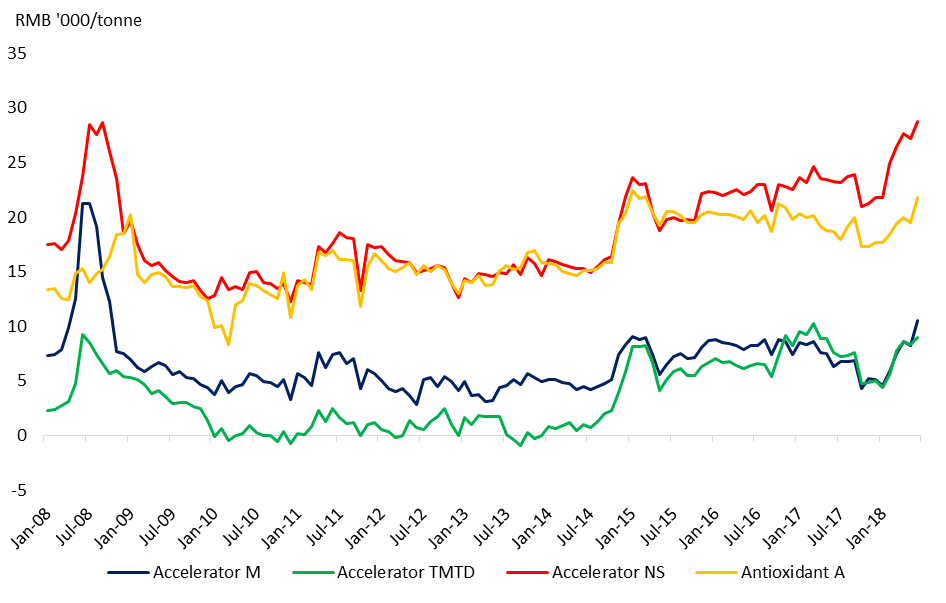 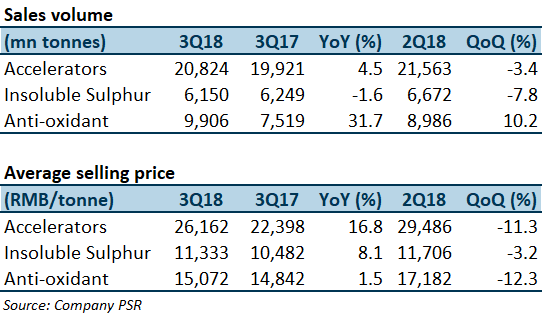 – New capacity delayed and final approval still pending: The approval of the trial run of the respective 10k-tonne newly-added capacity of accelerator TBBS and insoluble sulphur plant was postponed again (previously management expected to get by 3Q18). The current status was at the final stage.

CSSC is facing a bit headwind of ASP correction currently. However, we believe there is a limited downside since overall supply within the market has not increased substantially. At the moment, the dip in both finished products and materials resulting from softened demand is cyclical. We ought to concentrate on the ramp-up of capacity and production which will be realised in the near term. We still expect 4Q18 GPM to sustain at above 30%. As of 3Q18, cash in hand reached RMB822mn, and we expect it to reach more than RMB1bn in FY18. It is beneficial to hoard cash when the market is in favour of business, preparing for future development when the market turns.