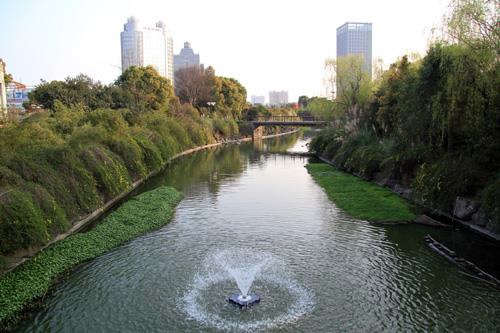 The sales mix is c.48% Construction Revenue to c.35% Operation Revenue in 9M16, as compared to 9M15’s c.35% Construction Revenue to c.39% Operation Revenue. Gross profit margin (“GPM”) for Construction Services is less than half of Operation Services’. 9M16 GPM for Construction Services was c.21%, while Operating Services’ was 50%. These resulted in 10.2 percentage points lower GPM at 36.5% in 9M16. Management guided that the group needs to accelerate the construction in 4QFY16 and FY17. Currently, the construction process of several projects, such as Sponge City and upgrading works on Dongda’s plants, are falling behind the schedule. In addition, China Everbright Water Limited (“CEWL”) was also subjected to HK$29mn of value-added tax, which further suppress GPM. Therefore, we expect that gross profit growth will remain single digit in 4Q16 and 1HFY17.

The group incurred one-off HK$53mn of FX losses due to the liquidation of several financing leases pegged to USD. In Jul-16, CEWL repaid its last piece of USD denominated financing lease worth of US$73mn, which resulted in HK$7mn losses in 3Q16. As of Sep-16, RMB and foreign currency (USD & HKD) denominated loans took up 62% and 38% of HK$5bn of total borrowings respectively. Moving forward, CEWL will gradually take up heavier weight in RMB debts. Besides, the group has been refinancing loans for lower interest rates. According to management, the borrowing cost averaged at 4.1% per annum in 9M16 as compared to 4.8% in 9M15. Moreover, CEWL’s solid financing backup could lower its borrowing cost further. The current banking facilities amounted to RMB9.3bn, of which RMB5bn is from China Development Bank, RMB2.5bn is from AAA-rated Panda bonds, and the remaining c.RMB1.8bn is from other foreign and domestic banks.

Hurdles that CEWL is confronting

Liaoning’s economic contraction in 1H16 (ranked bottom in China) resulted in fiscal pressure in the province. Correspondingly, CEWL faced two challenges in terms of Dongda’s projects: (i) waste water treatment plant updates and tariff hike, and (ii) collection of receivables. According to the guidance from management, there are three upgrades of Dalian’s projects lag behind the expectation. Currently, the negotiation with local government is being conducted, but both parties have not sealed the contracts yet. Due to transition to a new local government, the issue of collection of receivables will be set aside temporarily. However, CEWL has assigned specific teams to actively follow up the issue. The possible solution is that local government could clear partial payables to CEWL through assets other than cash. However, the group will assess the economic feasibility of the solution. Management still has faith in working out the issues, since the China central government supports Private Public Partnership (PPP) model not only by favourable policies, but also by fiscal funding.

Lower GPM, FX losses, and higher tax expenses weighed against CEWL’s 9M16 performance. Moving forward, we expect weaker FY17 profitability as lower GPM erodes the bottom line. We revise our FY17 EPS forecast downwards by 29% from 4.5 SG cents to 3.2 SG cents. We maintain our “Accumulate” call with a reduced TP of S$0.63, based on lower estimated EPS of 3.2 SG cents, and the average forward PER of 19.8x.