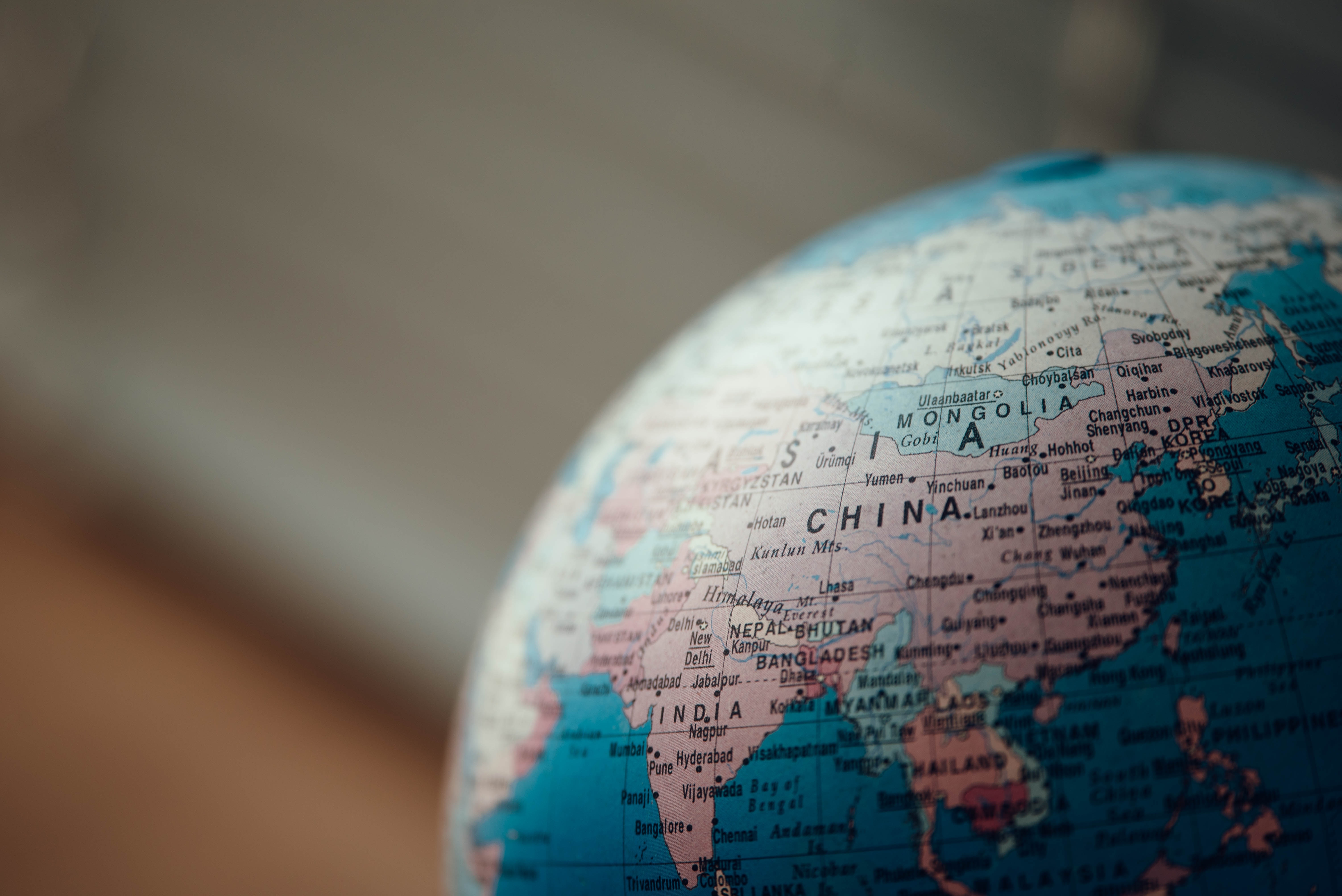 Epidemic in China: Situation is under control

From Figure 1 and 2, We believe that the epidemic situation in China is under control and compare to worldwide, the epidemic will have less effect on Chinese economic in 2Q 2020: 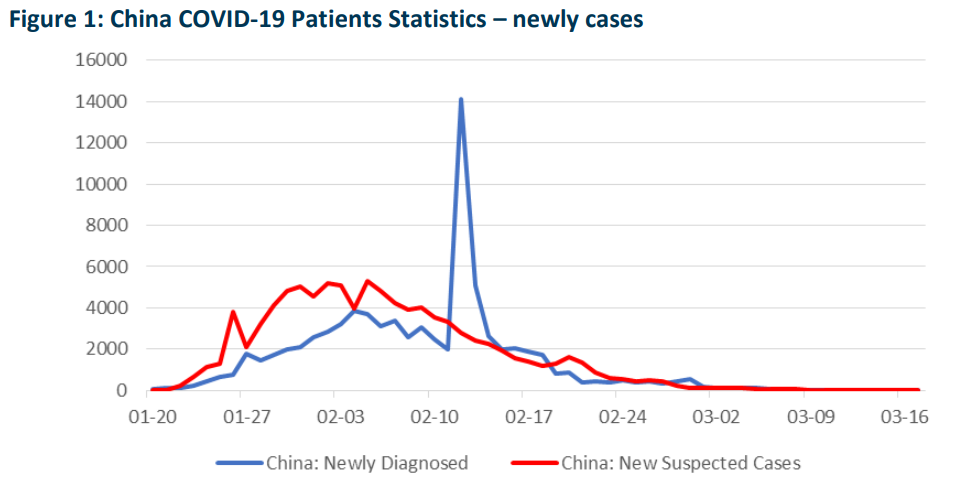 Note:  the sharply increase on February 12th was due to the change of diagnosed definitions, and it came from accumulate cases since January 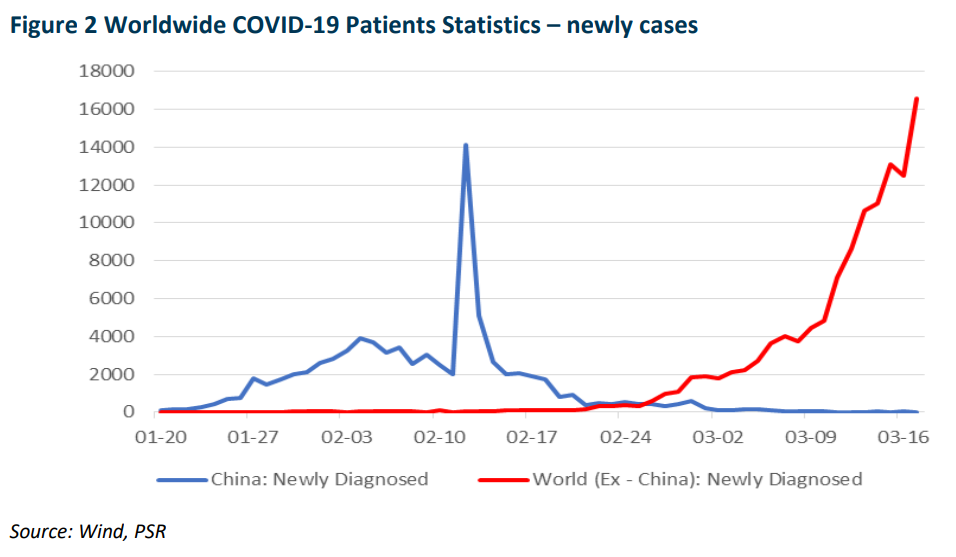 To estimate how COVID-19 will affect the Chinese economy, we take the 2003 SARS outbreak as a reference. We believe SARS and COVID-19 both have an impact on the consumer industry because of its major impact on population movement and gathering.

But do note that SARS and COVID-19 differ a regional scope and duration. Compared to SARS, COVID-19 is more infectious, but different from 2003, China government was taking the stricter measure to prevent the spread of disease, the duration is relatively short. 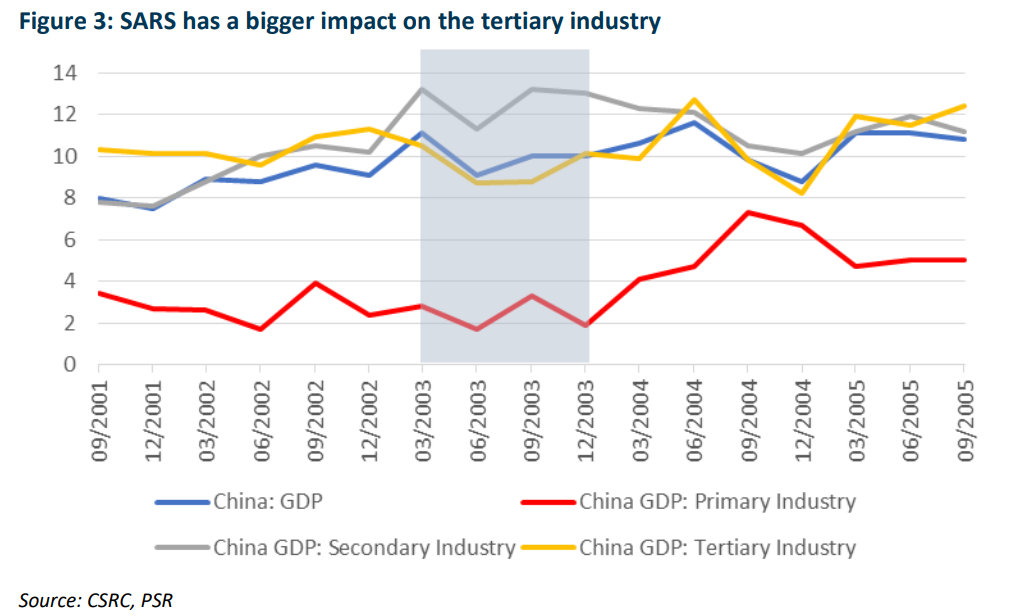 From the 2003 case, we can conclude that the trend of GDP growth is highly relative to the timeline of the epidemic, the impact to China GDP was only temporary and the epidemic has a bigger impact on the tertiary industry.

For 1Q 2020, from January to February macro data, we observed production, investment and consumption were seriously affected by the epidemic, both consumer and investment growth rate dropped more than 20% YoY.

For 2020’s GDP growth target, we believe that it is hard for China to reach this year’s economic growth target of 5.6%. For the China government, it is more important to stabilize employment than to ensure growth.

Impact on China A – Share Market: Positive on Brokerage and Infrastructure

In 2003, SARS has big impact crossing industries, mainly through several chains, of which consumer industry was the most significantly affected and lasts longer in each industry.

In terms of GDP sub-data, 2Q output value of transportation, accommodations and finance in 2003 was most significantly affected by the epidemic (Figure 4).

From the perspective of the performance of listed companies, industry profits were more sensitive to the epidemic, and the performance of transportation, consumer services, real estate and post cycle (household appliances), agriculture, non-bank finance fluctuated greatly in 2Q and 3Q 2003 (Figure 5).

From the perspective of the duration of the impact, consumer services and retail were negatively affected for the longest period. 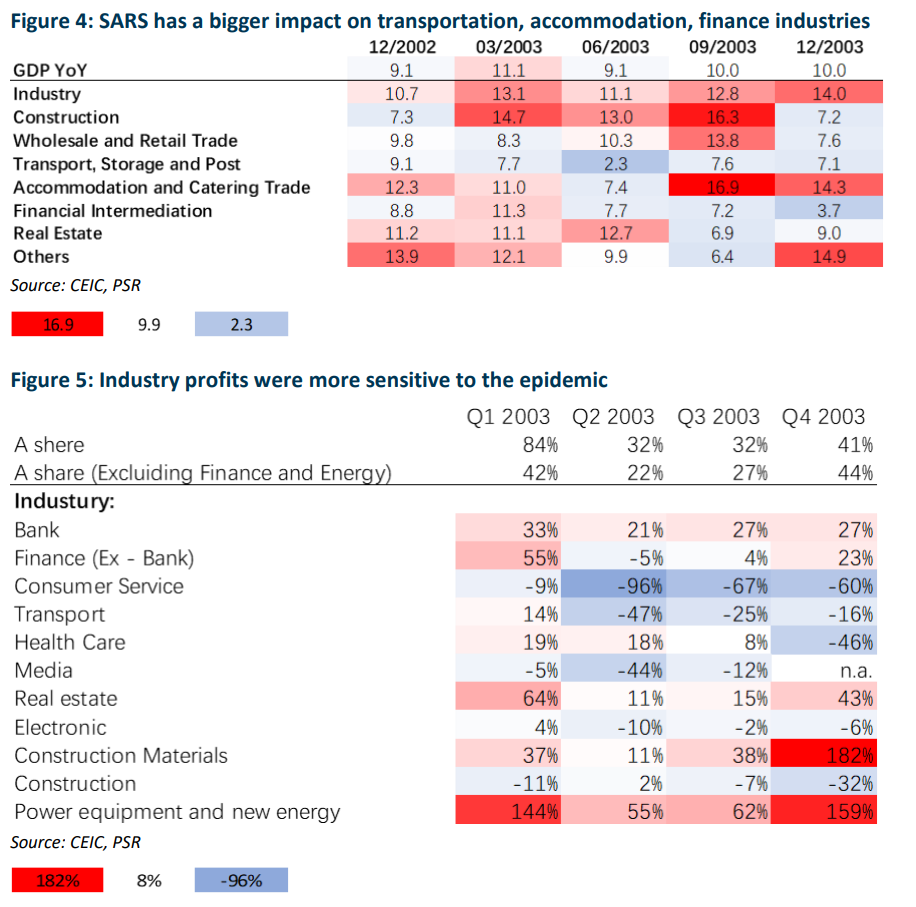 In the first two months of 2020, the total retail sales of consumer goods fell by 20.5% YoY, and the auto consumption down 37% YoY.  On the contrary, online retail sales of physical goods increased by 3.0% YoY. After the outbreak of COVID – 19, the income of the catering industry dropped significantly by 43.1% YoY.

From January to February, the growth rate of land acquisition area and price dropped 29.3% YoY and 36.2% YoY respectively. The sales area decreased by 39.9% YoY, and the sales volume decreased by 35.9% YoY.

In the first two months of 2020, infrastructure investment (excluding power) decreased by 30.3% YoY.

We are OVERWEIGHT on the China Brokerage Sector and infrastructure Sectors.

Compare to other industries, the impact of the epidemic on the securities industry is relatively small. In addition to the improvement of the daily turnover, the favourable policies of liquidity easing and capital market reform have been implemented in March, which we believe will benefit securities companies’ business in investment bank refinancing. 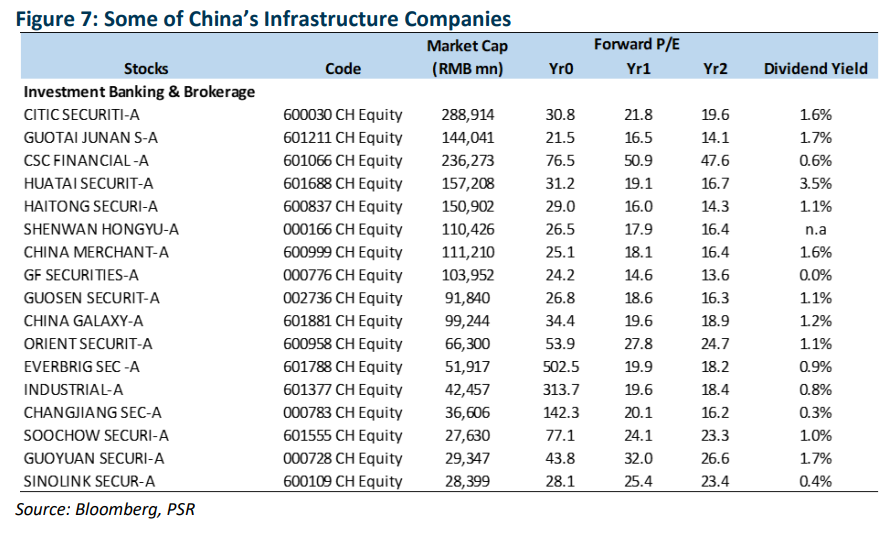 Infrastructure: will be the main driver of economic growth this year, we expect to see a rapid rebound in the future.

In the first two months of 2020, the issuance of special bonds reached nearly a trillion yuan, far exceeding the level of the same period last year. We believe the decline of infrastructure investment is mainly caused by insufficient construction. With the gradual of the follow-up enterprises’ resumption of work, the impact of the supply side will gradually weaken. As infrastructure investment will be the main driver of economic growth this year, we expect to see a rapid rebound in the future. 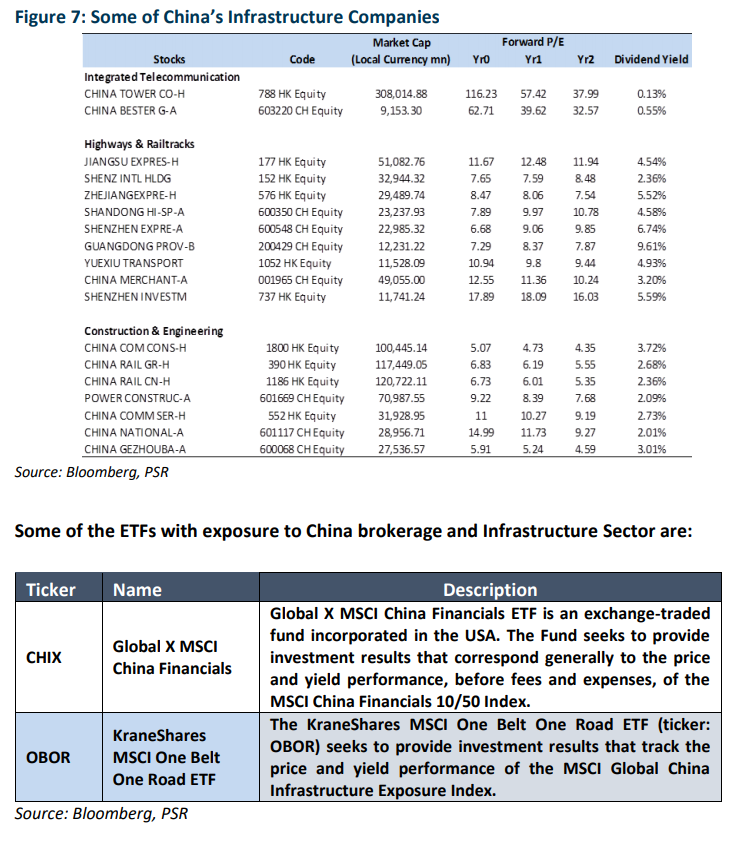