+ Inventory of unsold units in Singapore continues to wind down with Victoria Park Villas (VPV) and the selling out of Cairnhill Nine. The Group moved 43 units in the development during the quarter where the development is 59% sold at the end of July (1Q17:18%). The strong traction was attributed to the continued recovery in Singapore property development, and promotional campaigns for the development which were launched in May. The transacted ASPs of S$1750 psf were 9.3% higher than our estimates. All units in Cairnhill Nine have been sold as of end-July. The transacted ASPs of S$2,550 psf were within our expectations.

+ Sales value recognised from handover of China residential properties was higher despite lesser units handed over: Sales volume of China residential units during the quarter improved 6.5% YoY to 3,084 units in 2Q17, translating to a 4.2% YoY growth in sales value to RMB4.6 billion. While the number of units that were handed over has declined by 34.3% YoY to 1,088, sales value from handovers has grown 60% to RMB3.1 billion due to the handing over of completed projects with higher ASPs.

Maintain Accumulate rating with an unchanged TP of S$4.19, based on our estimated FY17E full year RNAV

We are expecting the Group to scale up its development properties segment amid a recovery in the Singapore residential property market. However, we also favour the large proportion of assets (79% of total assets) that is ploughing in recurring income, which is expected to grow further as more of these developments are completed and stabilised (about 26% of investments are either not stabilised or under development). 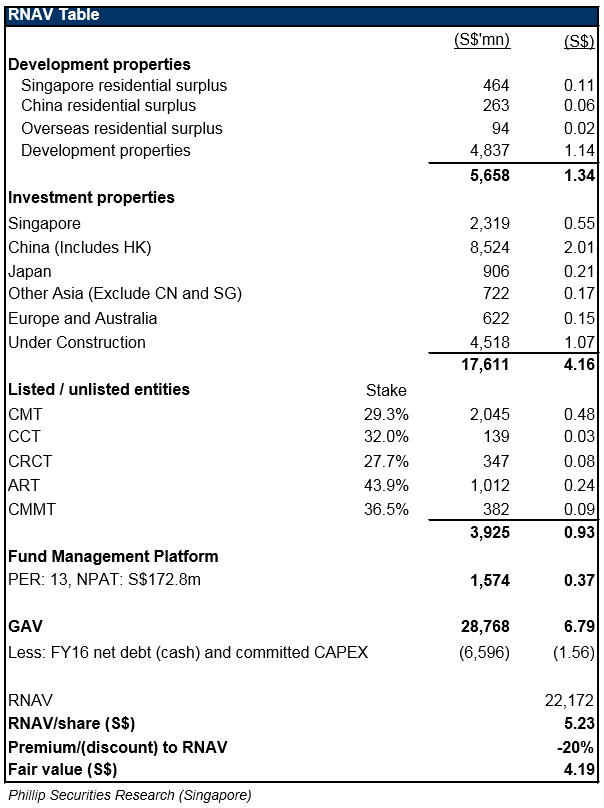 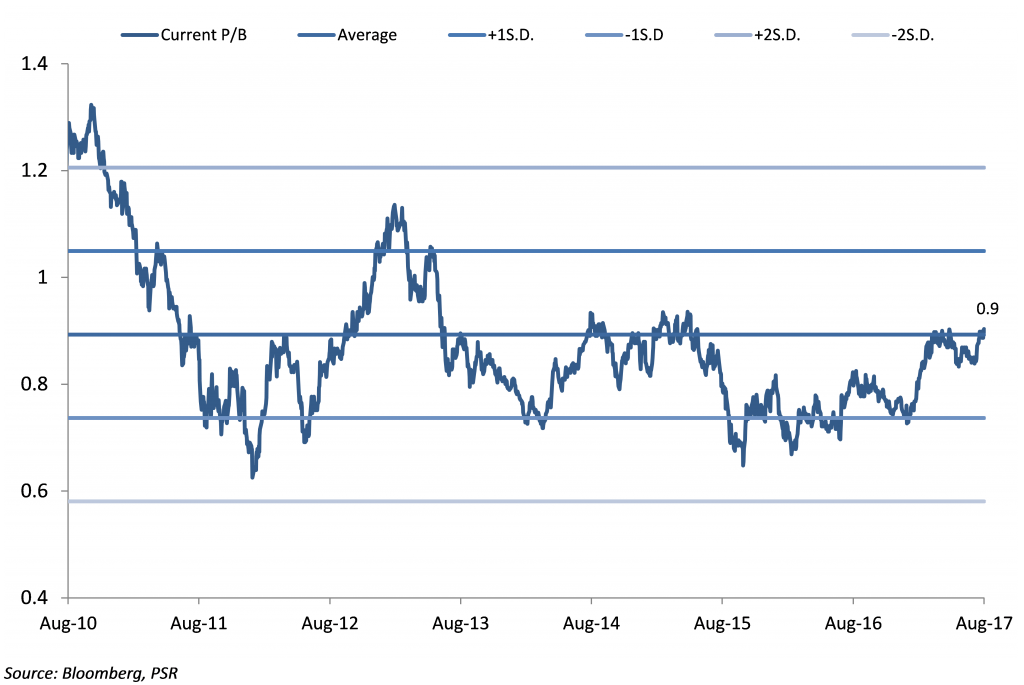