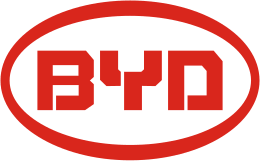 Investment Summary
Sales Volume of Electric Vehicles Hit a Record High in June
According to data, BYD sold 51,015 vehicles in June, up 51% yoy and up 10% mom.
Specifically, 41,366 new energy vehicles were sold, up 192% yoy and up 26% mom, and
9,649 traditional fuel vehicles were sold, down 50.6% yoy and down 28.5% mom. The sales
volume of new energy vehicles hit the Company’s record high, exceeding the sales volume of
new energy vehicles of rivals Tesla and SGM-Wuling in China. Passenger vehicles and
commercial vehicles made a contribution of 49,765 units and 1,250 units, respectively. In H1,
the Company sold 246,700 vehicles accumulatively, up 55.5% yoy.
In terms of the sales volume of new energy passenger vehicles in June, the sales volume of
EVs reached 20,016 units, up 102% yoy and up 7% mom, and that of HEVs reached 20,100
units, up 537% yoy and up 55% mom. Benefited from the whopping sales figures of DM-i
models, HEVs have displayed an outstanding performance.
BYD’s three new DM-i models (Qin PLUS DM-i, Song PLUS DM-i, and Tang DM-i) have been
launched successively since March this year. They are equipped with the self-developed
“DM-i super plug-in hybrid” system, which are highly competitive. In June, the total sales
volume of the three new DM-i models was expected to be approximately 17,000 units, with
the cumulative order exceeding 120,000 units. Limited by the bottleneck of the blade
battery production capacity, the supply exceeded the demand for the products. The average
delivery cycle took approximately three months. In H2, Qin Pro DMi, Song Pro DMi, and Han
DMi will also be launched. As the blade battery production capacity increases, the sales
volume of DM-i series models is expected to continue to grow.
In addition, as BYD’s first e platform 3.0-based model, Dolphin will be launched in the third
quarter. It targets younger customers, aiming to fully tap the entry-level electric vehicles and
travel markets.