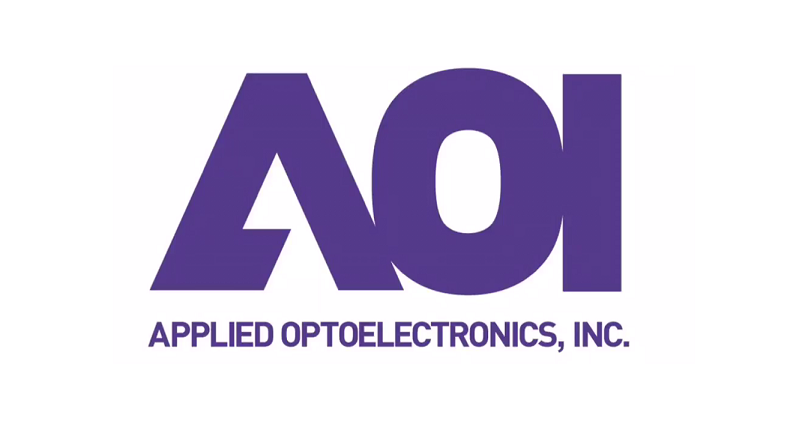 Applied Optoelectronics Inc. (NASDAQ:AAOI) is a vertically integrated provider of fibre-optic networking products, primarily for networking end markets, such as Internet data centre, cable television, fibre to home and telecommunications. The Company designs and manufactures a range of optical communications products at varying levels of integration, from components, subassemblies and modules to turnkey equipment. To Internet-based data centre operators, it supplies optical transceivers that plug into switches and servers within the data centre and allow these network devices to send and receive data over fibre optic cables. The Company supplies a range of products, including lasers, transmitters and transceivers, turnkey equipment to the CATV market

AAOI reported better than expected earnings, calming fears over lowered demand from Amazon (NASDAQ:AMZN). With the company growing more diverse sources of revenue as well as winning new design orders in 3Q17, we believe that the plunge in share price after the Q2 results was overdone. As such, we believe that despite the price soaring after the results last night, AAOI remains undervalued and represents an attractive investment for clients.

Recent Price Action: AAOI’s share price tumbled from a high of USD103 to a low of about USD38 after news that demand from their largest customer, Amazon, would be much weaker. In 3Q16, AMZN accounted for 56% of sales for AAOI, resulting in revenue of about USD39.2mn. This shrank in 3Q17 to 10% of sales revenue for AAOI, a revenue of about USD8.9mn, prompting a sell-off of the shares. The share price consequently nose-dived more than 50% over 3 months to a low of about USD38. Since then, AAOI reported better than expected results leading the price to climb 15% last night to USD43.64.

Customer Diversification: AAOI showed in the latest results that it was able to grow non-AMZN revenue significantly. AAOI’s total revenue came up to USD88.9mn, up 27% YoY. Non-AMZN revenue was about USD79mn, which meant that AAOI was able to grow non-AMZN revenue by more than 150%. Additionally, AAOI managed to win 9 more design orders in 3Q17, with 3 for 100G data centre transceivers and 6 in Cable TV and Telco. AAOI also mentioned in its previous quarterly report that they were in the qualification process for one more hyperscale customer.

The ability for AAOI to diversify and grow revenue from non-AMZN sources leads us to believe that AAOI’s share price has been unfairly punished.

Regardless, with AMZN’s share of revenue down to 10% of total revenue, we believe that it is unlikely that news of continued weakened demand from AMZN will have a similar effect of AAOI’s share price.

Conclusion: We are bullish on AAOI due to 1) Customer Diversification, 2) possible rebound from AMZN and 3) its strong financials. As such, we believe that stock has been oversold and with recent signs of recovery, we are bullish.