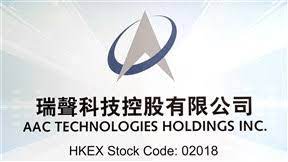 Investment Summary
AAC Technology announced the company’s interim results as of 30 September 2021. During
the period, the Group’s revenue was RMB 12.9 billion (+4.0% yoy). The Gross profit margin is
26.3% (+3.0% yoy) and the net profit is RMB 1.1 billion (+47.1% yoy). The performance of the
third quarter of 2021 was under pressure. Major domestic customers (such as OPPO, Vivo)
delayed or cancelled some models due to the chip shortages, which led to weaker demand
and the impact of overseas epidemics, resulting in a decline in the gross profit margin of
Android’s acoustics business. In 3Q21, the revenue was RMB 4.25 billion (-6.1% yoy) and the
gross profit margin was 22.7% (-0.9 ppts yoy), while net profit and net profit margin are RMB
180 million and 4.3% (-57.4% and -5.2 ppts yoy respectively). Looking ahead to the fourth
quarter, the company’s performance is expected to increase qoq, and the year-on-year
growth in net profit for the full-year net profit forecast is revised down by approximately 23%
(previous estimation: RMB 2.05 billion)
Increased proportion of Android acoustic products, the gross profit margin in 4Q21 is
expected to rebound from 3Q21
In 3Q21, the company’s acoustic business revenue was RMB 2.20 billion (+1.9% yoy and +7.8%
qoq). The gross profit margin was 26.3% (-0.3ppts yoy and -2.1 ppts qoq). Mainly due to the
impact of the overseas epidemic that continued into the third quarter, the gross profit margin
of Android acoustic products dropped by 7.4ppts. As the Vietnam factory has fully resumed
normal production in the fourth quarter, the production capacity and yield have been
improved, and the company’s standardized small-cavity acoustic modules accounted for close
to 10% of Android acoustic products, and continued to improve. The increase in shipments of
standardized products us expected to further increase the gross profit margin of Android
acoustic products and by gradually penetrating the low-end smart phone market to increase
the company’s customer base. In addition, the company is cooperating with a well-known
Chinese domestic automotive OEM to co-develop an audio system in smart cockpit for its new
concept car. At the same time, the company is also cooperating with a leading Chinese electric
vehicles manufacturer to co-develop mass-produced products. It is expected that the
company’s in-vehicle acoustic system products will be installed on new models in the future.