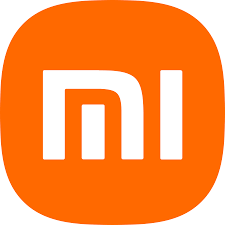 Investment Summary
Xiaomi (1810.HK) is an internet company with smartphones and smart hardware connected
by an IoT platform at its core. After ten years of development, the company’s annual
revenue has exceed RMB 240 billion, and its products were sold in more than 100 countries
and regions around the world. In the second quarter of 2021, according to Canalys, the
company became the world’s second largest smartphone manufacturer for the first time.
Besides, the company has also created many smart hardware products, many of which have
the largest sales volume and built the world’s largest consumer IoT platform. As of June 2021,
MIUI’s monthly active users have reached 454 million and it provides them with a series of
innovative internet services.
Continuous increasing overseas market share, Entering the high-end market
Xiaomi began its global expansion in 2014 and has accelerated its pace since 2016. In the
fourth quarter of 2020, the company’s smartphone shipments in 54 countries and regions
around the world ranked in the top five. In the second quarter of 2021, accounting to Canalys
data, Xiaomi’s shipments in Latin America, Africa and Western Europe increased by 300%,
150% and 50% respectively. It is favorable for Xiaomi to hit the high-end market in the longterm and compete for more market share in the high-end market. Benefiting from the
continuous increase in sales of mid-to-high-end products, the company’s smartphone ASP has
steadily increased. In 2020, the ASP will be approximately RMB 1,040 (+6.1% yoy). In the first
half of 2021, the company’s global shipments of smartphones with RMB 3,000 or above in
mainland China and priced at 300 euros and above overseas exceed 12 million units,
surpassing approximately 10 million units in 2020.