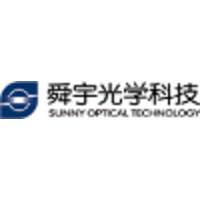 Investment Summary
Sunny Optical announced the company’s interim results as of 30 June 2021. During the period,
the revenue was approximately RMB 19.833 billion (+5.1% yoy). The overall gross profit
margin increased by 5.4 ppts yoy to 24.9% and the net profit attributable to the parent was
approximately RMB 26.88 billion (+53.7% yoy). The company’s revenue growth was lower
than expected, mainly due to the downgraded specification of smartphone market landscape
and unfavourable sales performance of high-end smartphone models, the average selling
price of handset camera modules decreased significantly compared to the corresponding
period of last year, which partially offset the revenue growth brought by the increased
shipment volume. The company’s net profit matches the market expectations, mainly
benefited from the efficiency improvement and cost down of production brought by
manufacturing optimisation and automation level improvement.