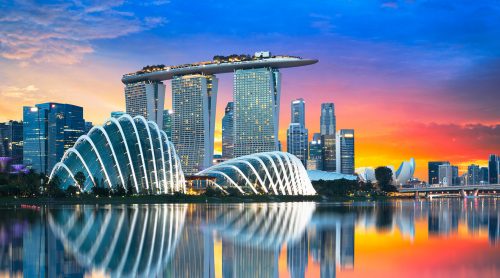 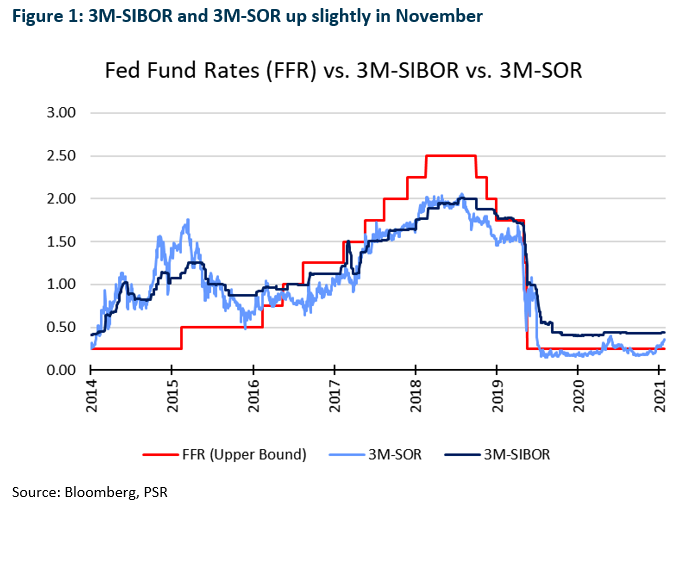 DBS’ 3Q21 earnings of S$1.7bn exceeded our forecast due to a reversal in general allowances, while 9M21 PATMI is at 83% of our FY21e forecast. NIMs declined 2bps QoQ to 143bps as a result of lower market interest rates as deposits grew 1% QoQ to S$489bn. NII grew 1% QoQ to S$2.1bn as higher loan and deposit volumes were moderated by lower NIMs. Management now expects FY21 NIMs to fall to the lower end of its guided range of 145-150bps.

OCBC’s 3Q21 earnings of S$1.22bn are in line with our estimate while 9M21 PATMI is at 80% of our FY21e forecast on lower-than-expected allowances. NIM declined by 6bps QoQ mainly due to the classification of loans to NPL (mostly from downgrades of secured consumer loans in Malaysia) and more competitive corporate loans which resulted in lower asset yields.  As such, management expects NIM to be maintained at 1.5%-1.52% until 1H22. Nonetheless, NII grew 3% YoY, underpinned by loans growth of 4% QoQ and 6% YoY, backed by demand from Greater China, Singapore and the United Kingdom.

UOB’s 3Q21 earnings of S$1.05bn are in line with our estimate while 9M21 PATMI is at 73% of our FY21e forecast. Loans grew 3%, underpinned by large corporate loans. NIMs, however, eased 1bp this quarter to 1.55%. Excess liquidity has driven up competition for higher quality loans especially in the FIG (Financial Institutions Group) space. However, lower NIMs were offset by fee income and thereby more attractive return on risk weighted assets.

GP writebacks across the board

DBS’ stable asset quality and repayment by weaker exposures and credit upgrades allowed them to write back GPs of S$138mn during the quarter. Management lowered full-year allowances to under S$100mn (9M21 allowance at S$19mn) with credit cost likely to be under 20bps.

OCBC was able to write back GPs of S$22mn during the quarter as the credit environment improved while SPs of S$185mn were made. Total NPAs rose by 4% QoQ to S$4.2bn, mostly attributed to downgrades of secured consumer loans in Malaysia. Nonetheless, OCBC has set aside S$185mn of SPs this quarter mainly for corporate and consumer accounts in Malaysia and Indonesia.

UOB’s allowances were stable at 20bp with a small GP writeback of S$2mn during the quarter. Allowances were at S$163mn in 3Q21 vs. S$182mn in 2Q21. The QoQ drop reflected overall resilient asset quality and strong pre-emptive general allowances made previously. Total general allowance for loans, including RLARs, were prudently maintained at 1% of performing loans. 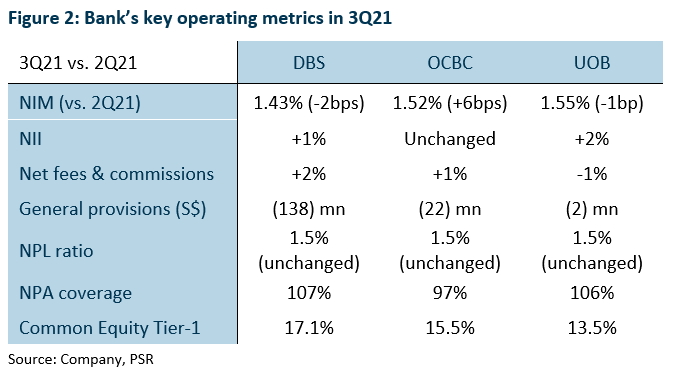