Expect 2Q17 gross margin to revert to its 25.5%-26.0% level. First and third quarters typically register lower gross margins as retailers push for volume amid the festive season. Margins have been improving over the past two years (refer overleaf for Figure 1 & 2), thanks to (i) lower input prices; (ii) effective cost management; (iii) improvement of product mix with sales of higher-margin fresh products; and (iv) increase bulk handling. We expect these margin expansion drivers to remain intact throughout FY2017.

Putting hopes on 2H17 for new stores to drive growth in FY2018. We are becoming wary of the Group’s market share and the lack of future growth driver after nine unsuccessful HDB supermarket bids since 3Q16. Out of the nine bids, NTUC Fairprice had won two, Giant had won one (under Cold Storage’s name), and the remaining were won by smaller competitors. Nonetheless, we take some comfort that the irrational bidding seen in end-2016 have eased. The recent two winning supermarket bids were at S$14.3 psqf and S$14.8 psqf, which Sheng Siong Group lost out narrowly by only 2 cents and 8 cents respectively. There are six new supermarkets units pending completion by Oct 2017 according to data on HDB HBiz website.

Figure 1 & 2: Expanding margins over the past two years 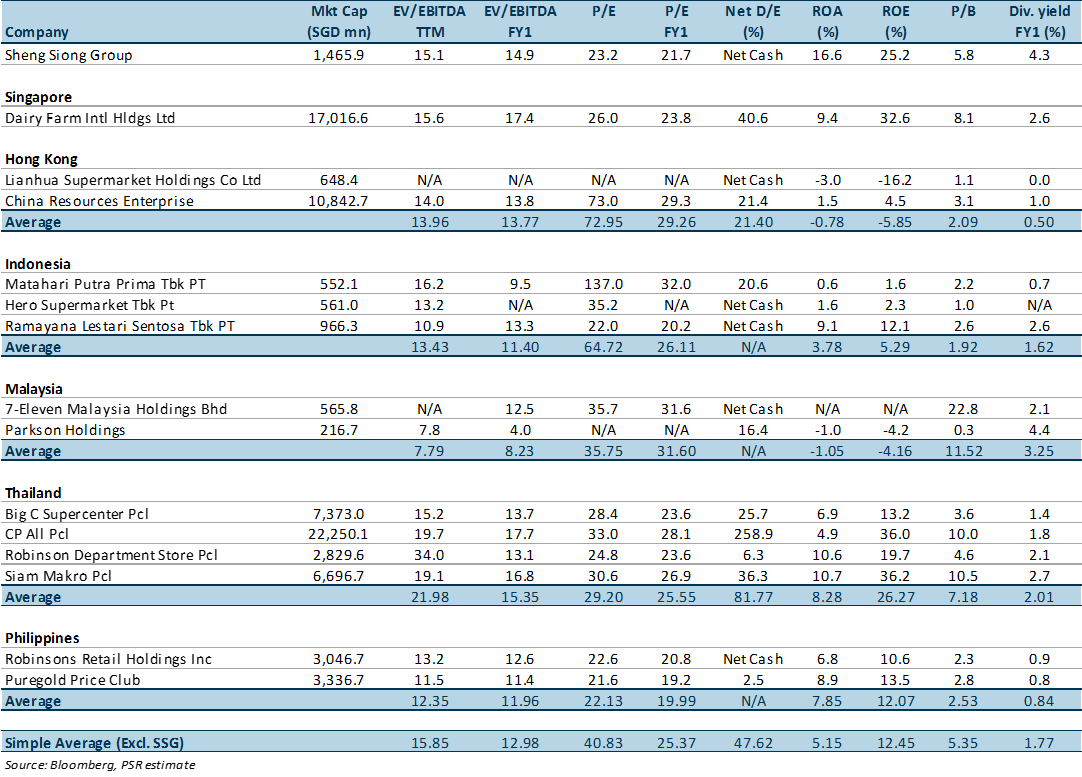