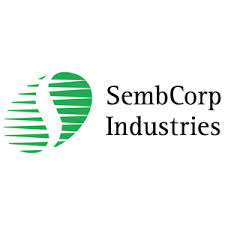 + SEIL Project 2 narrowed losses and made progress on firming up a long-term power purchase agreement (PPA). In 4Q18, SEIL Project 2 (formerly known as SGPL) narrowed losses by SG$7.5mn due to a slightly higher plant load factor and the improvement of spark spread. In Feb-19, it received the letter of award to supply 500MW of power to Andhra Pradesh for eight years.

– Utilities’ India operation reported losses due to seasonality and a temporary shutdown. In 4Q18, Utilities’ India operation turned a net loss of SG$15.7mn (3Q18: SG$29mn). As shown in Figure 1, the net profit shortfall from SEIL Project 1 (formerly known as TPCIL) was attributable to the shutdown of unit 1 for equipment inspection which is expected to resume operation by the end of Feb-19. Meanwhile, the weak performance of SGIL was due to the low wind season in 4Q18, offsetting the other income of SG$9mn related to the settlement of contractor.

– UK Power Reserve (UK PR) confronted by market headwinds. In FY18, UK PR reported losses of SG$24mn which was attributable to one-off acquisition and restricting costs. The UK capacity market was suspended, resulting in a flood of power into the other trading markets and depressed power prices. UKPR is facing market uncertainties subject to the regulatory changes and government plans.

According to EMA, 700MW of capacity will be retired in Singapore power market in 2019. However, excessive supply will remain, and the market is still intensely competitive. The group will enhance Utilities’ Singapore performance throughout improving the gas business. It could take advantage of index arbitrage between pipe natural gas and LNG. The competitive edge on winning the long-term PPA for SEIL Project 2 is the sustainability which is a steady supply of power to the state without the issues of fuel shortage. Quite a few power plants in India underutilise due to intermittent supply of coal. Therefore, we expect the group to secure the contract this year. For UK PR, the group will target the grid market by upgrading the capacity to lift revenue. Meanwhile, SMM’s profitability will remain weak in the protracted cyclical downturn.

Maintain BUY with a higher target price of S$3.75