+ U.S. operations maintained revenues. The U.S. was the best performing geography. Revenues were up almost 8% YoY in 3Q19. The resilience of this division is likely due to new customer programmes in front-end semiconductor equipment parts. Front-end is the next source of secular growth for MMH.

– Gross margin was sluggish. GP margin fell for the third consecutive quarter to 49.3%, the lowest in six years. Margins were weak due to the increase in headcount (499 people, +5% YoY) and rise in depreciation (+10% YoY) after last year’s lumpy S$12mn capex. However, revenues did not grow to support this higher fixed cost.

– Revenue back to 2017 levels. After the spike in revenues for FY18, revenue for FY19 is trending back to FY17 levels. The big bump up in semiconductor revenues in 2018 for the whole industry was not sustainable.

Weakness in semiconductor backend volumes has been sharper than envisaged.  When we used the Taiwan IC packaging volume data, the longest period of contraction has been 13 months. The average was 9 months. We are already in the 8th month.  Based on these previous cycles since 1990, we are at the later stages of the downturn.

Nevertheless, we are lowering our recommendation to NEUTRAL on MMH. As mentioned in the past, the company maintains one of the highest gross margins and ROE in the semiconductor back-end industry. Our target price of S$1.63 (previously S$1.70) is based on 15x FY20e PE. This is in-line with back-end semiconductor supply chain valuations. We rolled over our target price to FY20e. We believe FY20e will be a better reflection of the earnings power after this cyclical downturn. As operating cash-flows are healthy and balance sheet is in net cash of S$19mn, we expect MMH to still pay a dividend yield of 6%. This is an attractive yield while waiting for the semiconductor cycle to recover, in our opinion. 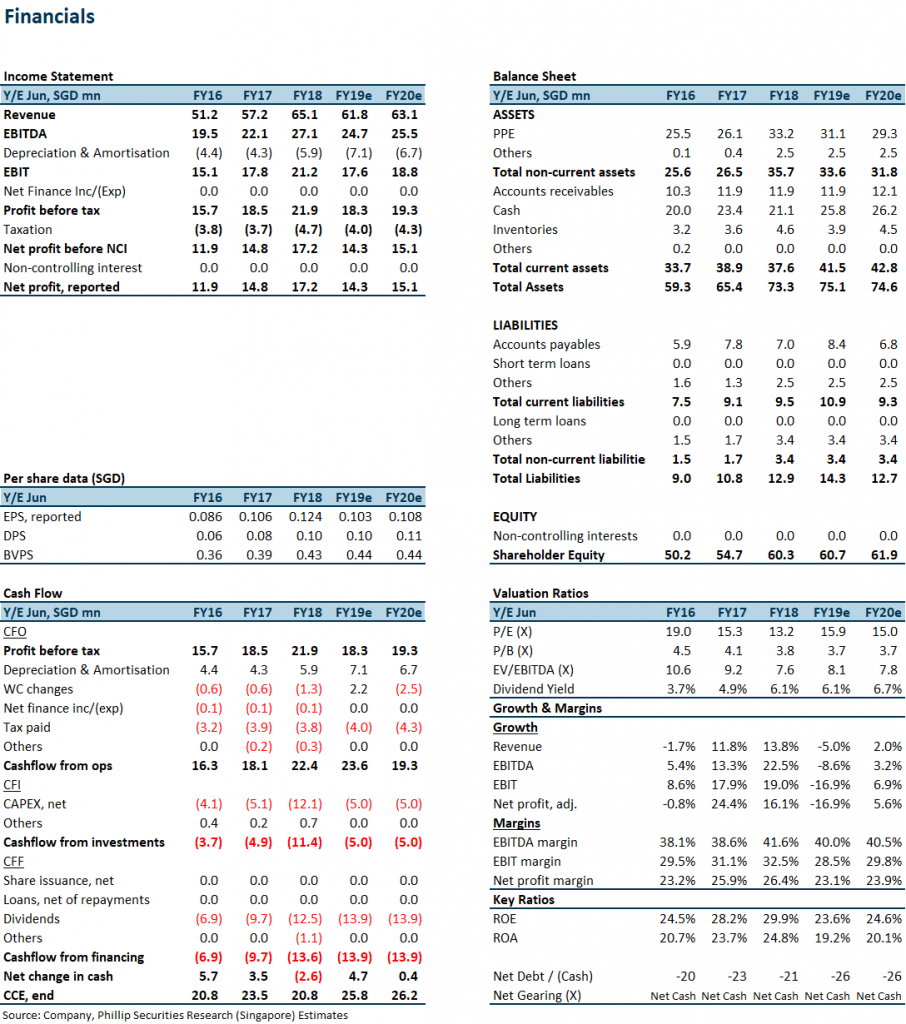 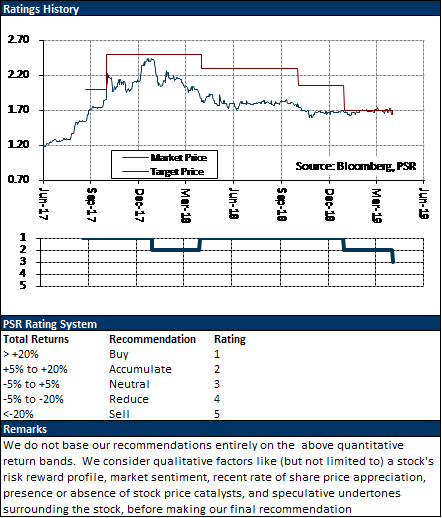